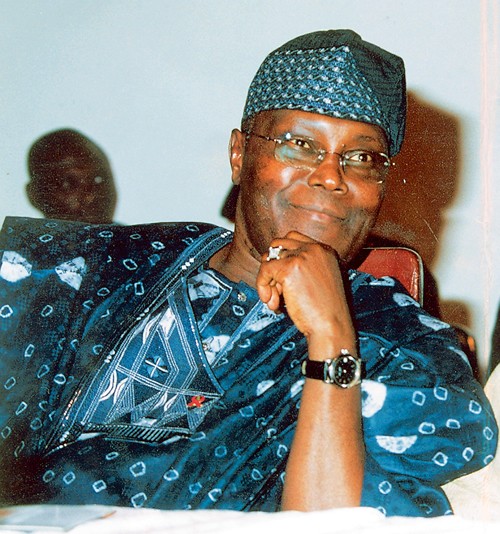 A former Vice President, Atiku Abubakar, on Monday picked the N27.5m presidential nomination form of the All Progressives Congress.

The ex-Vice President picked the form after a short ceremony at the national secretariat of the party in Abuja.

Addressing party members during the event, Atiku called on all leaders to ensure a level-playing field for all aspirants before and during the primaries.

Atiku said, “Mr. Chairman, I need not let you know my political antecedents as far as the provision of a level-playing field for every member of this party is concerned because that is the only thing or one of the things that will make us different from the so-called ruling party.

“Anybody who believes he has a democratic right to exercise should be given that opportunity to exercise that right. It is left for the members of this party and the Nigerian public to make a decision.

“I don’t think it is the responsibility of anyone of us as an individual or group to decide for this party or its membership for the people of this country. Yes, as leaders, we have a responsibility to guide those coming behind, but the guidance should be based on this firmly rooted democratic principles.