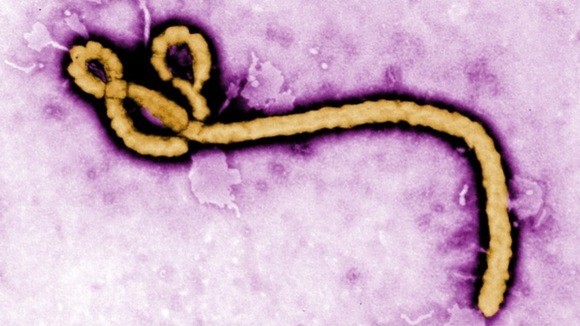 This is 2014 but going by the ease of gullibility and Nigeria’s ignorance per capita, this might as well be 1714 in Nigeria. Many reasons account for why we are such a gullible people but two main factors trump everything; our governments’ penchant to leave information gaps and the desperation of most of our religious fathers to be our all in all. It’d be fine if such realities were confined to private matters where people are privately fooled but misinformation has become a macro issue, it has gained commercial strength and as it is today, it has become a matter of life and death. Ebola is here and misinformation could end up killing more people before Ebola does.

First it was bitter kola, now it is salt and water (plus pepper and palm oil) but a search through google would clearly show that none of these cure Ebola. Even the ‘secret serum’ being tested by the United States has had a more effective use on Ebola than anything else but the Americans are not even daring to say ZMAPP cures Ebola. They live in 2014 unlike us so they know that until something is clinically proven to cure an ailment, it remains nothing but an experimental solution. We are not even close to calling our salt and water solution an experimental one because we have never tested it against Ebola. The age of social media, phones and BlackBerry/Whatsapp broadcasting has now meant that word of mouth, which used to be the most effective marketing tool in Nigeria has now gained technological power and has become even more powerful. Sadly though, these broadcasts are often not true.

On its day, Google is quite fast but no matter how fast Google is, it really does appear the spread of ignorance in Nigeria would always be faster than Google. Ignorance seems to spread at the speed of light in Nigeria. One moment it is bitter kola, then you are up the next morning, faced with a battle to kill another round of misinformation; boiled water and salt.

According to the World Health Organisation, Ebola at the moment has no cure, no specific treatment and no vaccine. Even if you drink a river full of water mixed with 100 bags of salt, if you come in contact with the body fluids of an infected person, you are in danger of contracting the Ebola virus. As you can see, it is not such a difficult thing to prevent Ebola from spreading. Vigilance and obsessive attention to your personal hygiene, coupled with a clean environment prevents Ebola. As a people, we love difficult solutions but it doesn’t have to be. The Ebola virus cannot survive disinfectants, heat, direct sunlight, detergents and soaps. Just make sure to always clean up your body and your environment.

Bush meat may be carrying the virus, avoid bush meat and suya for now. Restrict yourself to food prepared at home. Avoid unnecessary contact with people at the moment. Rodents can be carriers of Ebola. Fumigate your environment and dispose of the carcasses properly! Dead bodies can still transmit Ebola. Don’t touch them without protective gear or avoid them altogether. Protect Yourself. Use protective gear if you must care or go near someone you suspect has Ebola. Report any suspicious symptoms in yourself or anyone else IMMEDIATELY you notice them. Don’t delay! Educate Everyone. Tell your neighbours, colleagues and domestic staff. You’re safer when everyone is educated about Ebola.

Ebola has no cure, its fatality rate is as high as 90%. Bitter kola does not cure Ebola, boiled water and salt do not prevent nor cure Ebola. No other solution does too. Nothing the Nigerian Misinformation Committee (NMC) comes up with in the next coming days cures Ebola. With Ebola, your best ‘cure’ is prevention. There is no known cure for now. The closest ‘cure’ is still at an experimental stage and it is not yet in Nigeria. Please save this country from the merchants of misinformation, broadcast this message on your phones and tell your friends and family. Visit Ebola Facts to learn more on Ebola and follow #FactsOnEbola on Twitter. If those of us who know better refuse to be committed to informing the people, merchants of misinformation will bridge that gap with misinformation. It could be costly. With Ebola, everyone deserves to know the facts now! The Lagos State Ebola helplines are live and they are free. This is the easiest to remember, Call 0800-EBOLA-HELP (0800326524357) to know more or to report suspected cases.