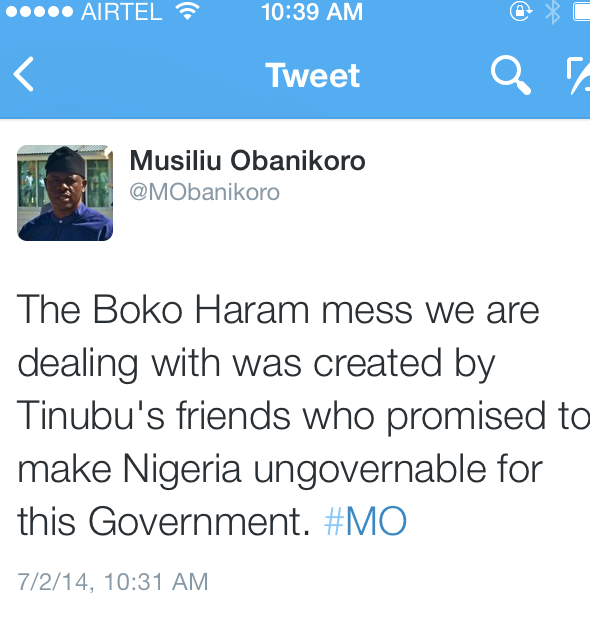 “The Boko Haram mess we are dealing with was created by Tinubu’s friends who promised to make Nigeria ungovernable for this Government” – Senator Musiliu Obanikoro, Minister of State for Defence

Nigerians will now expect that the Federal Government will go ahead to arrest Senator Bola Tinubu and the friends mentioned by the minister. At this point, it appears minister of state Obanikoro will be very useful to investigations around finding those behind Boko Haram. One can expect the government to make arrests soon, a failure to do so would indicate a continued state of cluelessness on the part of the authorities. 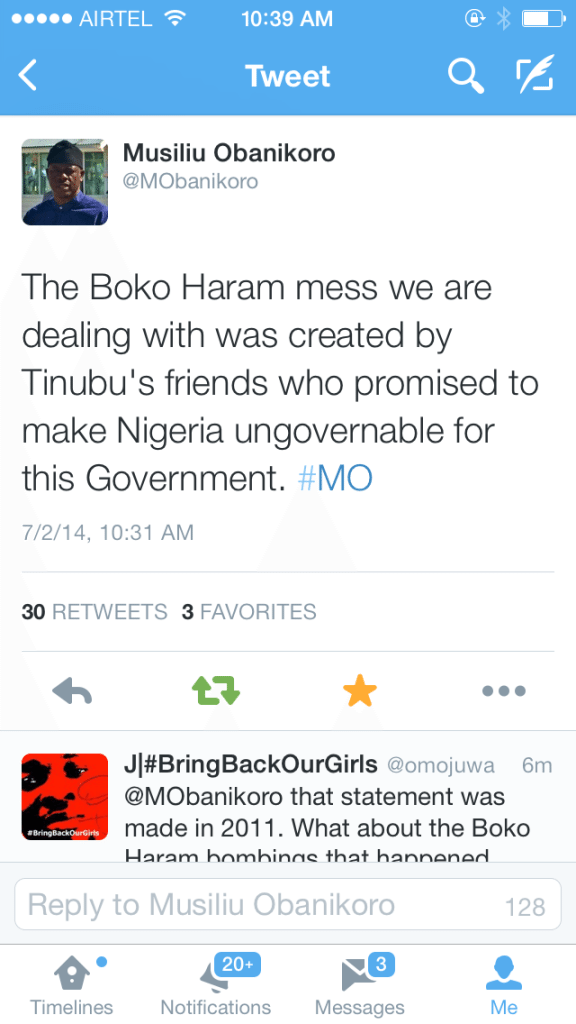