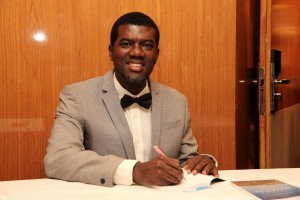 If you are reading this article then you are privileged and fortunate enough to afford internet connection; I say privileged because there are millions of Nigerians who cannot afford to eat three square meals a day, not to even conceive paying for an internet service.

Regardless of whom you speak with, they would concur when you pose this statement that we need a better Nigeria. Having agreed on that, it would be difficult for some to agree to certain facts based on their sentiments to issues or loyalty to personalities and their pockets. The fact remains that Nigeria is what it is today because some people, through their actions or inactions have directly or indirectly affected Nigeria.

Another fact is that Boko Haram has hitherto been a thorn in the flesh of Nigeria; their recent attack and show of bestiality was on a boarding school in Buni Yadi, Yobe State; school children were killed. Now, please pause for a moment, think slowly about what would be going through the thoughts of the parents of those innocent children that were killed in their school. Think about how the parents would look back to the last time they saw their children, the last time the children said goodbye mum/dad. The parents would never have thought it would be the last goodbye they would say to their children, not to even conceive the children would be killed in such gruesome manner.

As this was still fresh in the minds of the parents and Nigerians at large, reports broke on how the special assistant to the president on new media, Reno Omokri, posed as “Wendell Simlin”. He sent out a write-up to media outfits, trying to link the suspended Central Bank governor, Sanusi Lamido Sanusi to the increased violent activities of Boko Haram in the north-east region of the country. But Reno Omokri was exposed, as the document was linked back to him, with various examples of seemingly concrete evidence.

Now imagine what would have happened had Reno Omokri (Wendell Simlin) succeeded in his smear job, he would have successfully sent Nigerians on a wild goose chase while Boko Haram continue to maim and kill innocent children. The media has been thronged with calls for Reno Omokri to be investigated, but this has been met with robust silence by the presidency, possibly in the hope that there will be calm or there will be another issue to cover this up and people will gradually forget that this ever happened. Well, we may forget, oh yes we may, but not until the parents of those innocent children that were killed forget about the pain of the death of their children.

Some have said Reno was just doing his job; I would advise that if a job description desires a candidate who must be able to: lie to his conscience, morals, and integrity – it’s not worth applying. A job that would be insensitive to the killings of innocent children is no job; but an insult to mankind; which further raises questions surrounding the integrity of your paymaster. Many will rather the status quo continues, for corruption, and injustice to remain, as long as they continue to make their money, but what about the downtrodden and the poor? What about those who have no voice and cannot be heard? You have a voice but what are you using it for? It is written that those that shut their ears to the cry of the poor will one day cry and will not be heard.

So I will like to join my voice with others and implore the president to break the silence on Wendell Simlin as the robust silence from the presidency is deafening. The president had promised to spare no sacred cow in bringing to justice all those involved in the evil perpetration and early termination of innocent souls, this is just the perfect time and avenue to do so. The fact that the story emanated from the presidency should itself prompt the president into swift action and make sure he gets to the bottom of the issue. Reno Omokri’s action is a grievous national security issue and should be treated as such.

There are some very important questions that are begging to be answered. Why did Reno Omokri write such document? Was the purpose of his piece to disseminate false information just for political gain; are the lives of the children that cheap for people to play politics with – if this is true? Did he act alone or was he under orders? Does Reno know something about the incessant killings by Boko Haram that he may want to avail the security agents with? He may just know something that will help Nigeria nip Boko Haram in the bud once and for all.

We all owe Nigeria a duty to make sure issues like this are not swept underneath the carpet irrespective of what your bias is. If we choose to be silent, our silence on issues such as this may well turn out to be sinful silence. The only thing necessary for evil to triumph is for good men to do nothing – Edmund Burke. Whatever we do, posterity will judge us all by the role we played in whatever this nation becomes.