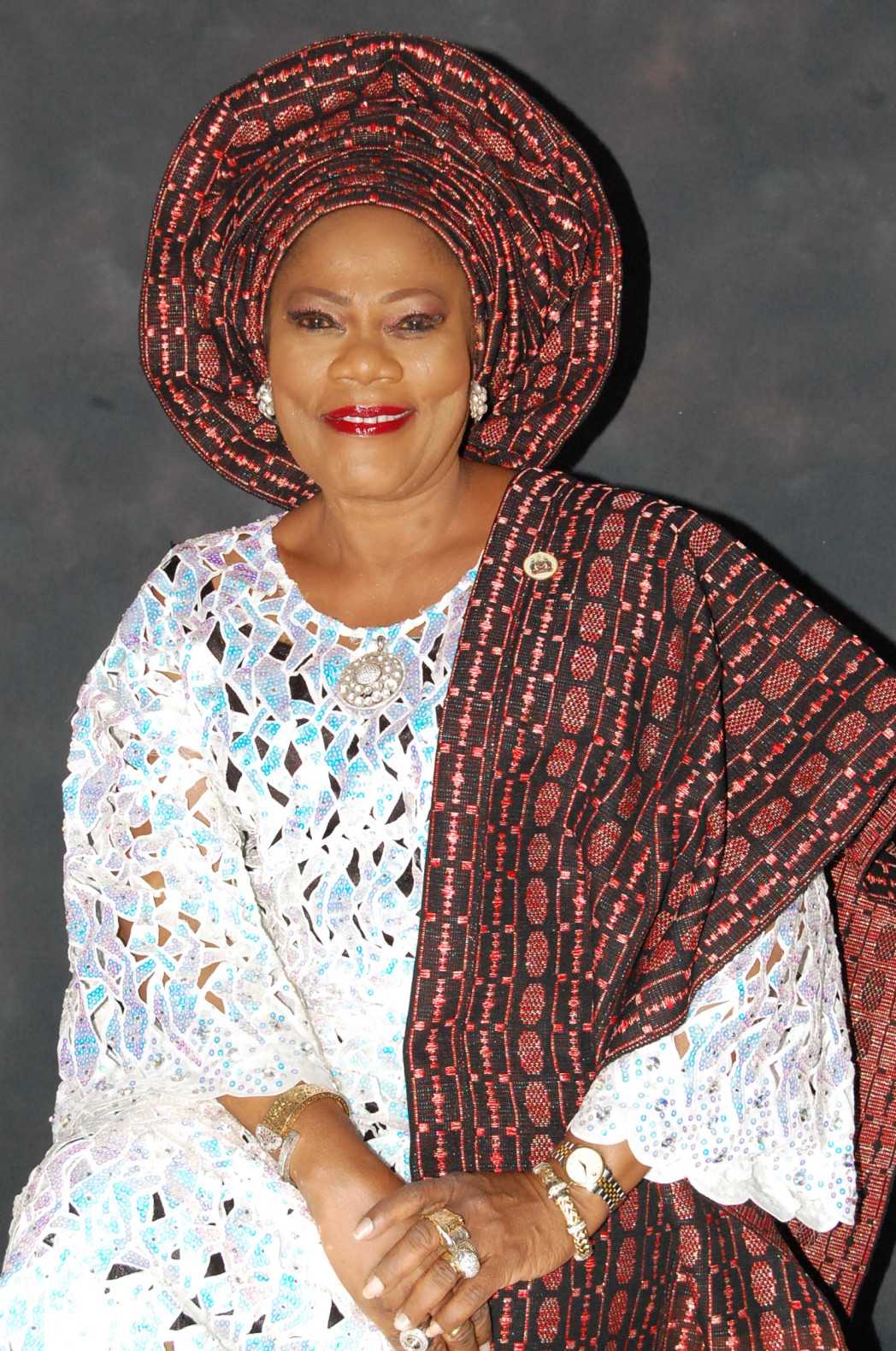 ‘There are no Mission Schools in Osun’ Mrs. Grace Titi Laoye-Tomori, Osun Deputy Governor Speaks On ‘Conversations With Abang Mercy’

Mrs. Grace Titi Laoye-Tomori is the Osun State Deputy Governor, she also doubles as the commissioner for Education. At the recently conducted Seminar with pressmen in the state, she had an Exclusive interview with Abang Mercy for the Conversations series; where she shed light on the Controversial Education Policy. She explains why the Rauf Aregbesola Administration reclassified the sector and why critics are wrong in branding the governor a Jihadist for reforming education.

Enjoy excerpts of the interview…

1.   You double as the Deputy Governor of State of Osun and the Commissioner for Education.  How has it been?

Quite challenging and exciting because as the deputy governor, I perform my political functions. But as a commissioner for education, it is purely educational, it goes beyond politics. I’m part of the policy makers and I also ensure that our educational policies are effectively implemented.

2.   You’ve been able to find a way to manage the home front.

It’s quite interesting, thank God for my age, I don’t have little kids any longer, if I was your age, it might be a greater challenge but because I have grown-up children and I am a grandmother. It is the other way round for me now.

3.   Tell us about the much talked about Education Policy by the administration led by Governor Rauf Aregbesola?

Actually when we came into the governance of the state of Osun, what we met on ground was highly discouraging. There was rot in the educational system, and while we were campaigning, we promised to fix the system. Fortunately, we have a governor who is passionate about everything he talks or believes in. When we came in, because he had promised the electorate that he would provide functional education. We actually had a manifesto with an integral action plan for our government. We promised our people that hunger would be banished, create employment, fight poverty, provide functional education, restore healthy living and ensure peace in the state. Those were the 6 points we gave our people, and functional education was one of the things we promised while we were campaigning. We knew we needed to adopt a holistic approach in tackling the educational problems. For instance, students in higher education visited my office yesterday and said, “Mummy, you’ve neglected tertiary education.” And I said “No, it’s not like that; we are having a holistic approach to reforms in education. We want to start from the basic education to the top.” We are quite happy with what we’ve done in basic education and the next stage is the tertiary level.

4.   What is the quality of Education of the teachers as the success of your reforms is hinged on them.

That’s a very good question; you know ironically, we have very brilliant teachers in the state of Osun. They need to be encouraged. When we came, my first impression was that we didn’t have good teachers; I then realized that they’re brilliant teachers. They needed to be motivated; they needed to be cared for and that was the first thing we targeted. Before we came in, graduate teachers in the elementary school could retire only at graduate level 14. We moved them to grade level 16 like their counterparts in the ministry. And for the graduate teachers in the secondary school, we moved them to grade level 17. So that actually made them happy and they’ve been performing optimally. Before now, we had just 3% of our students matricul-able but as I’m talking to you now, by the last result, 43% of our pupils are now matricul-able. We are not happy at that mind you, but it is a giant leap.

5.   On assumption of office, your administration merged Christians/Muslim Schools, reclassified and abolished single-gender statuses of schools. What led to the policy? Was that decision informed by the governor to Islamize the state?

When we came in, the public schools were in a total state of dilapidation and rot. We do not have mission schools in the state of Osun. In 1975, government then took over schools unlike Lagos where you came from or Abuja. Abuja is an evolving city. When we came in we met our schools in a total state of disrepute and we took a firm resolve to reposition our schools. The schools were taken over by government in 1975, that’s over 39 years ago but some people still have the misconception that they’re mission schools. The schools that you have referred to as mission schools are actually government schools. So then we decided to restructure education in the state, and we took a decision to build state of the art schools to provide standard education facilities.  To achieve that, we reclassified the schools in-line with the schools we were building. They were reclassified into three basic segments; elementary school, the middle school and the high school. And this is in line with the federal government policy of 9-3-4. People still have the misconception that the federal government runs 6-3-3-4, no.

The federal government wants every child in Nigeria to have continued 9 years of education. For us to achieve that uninterrupted education in the state of Osun, we have classified our school kids from grade 1-4 so by the time they get to what other states call primary 5, we move them into middle school. For us, we want continued education for our children. If we let them break in primary 6 we will lose some of them. So what we’ve done is to move primary 5 and 6 into the middle school; by the time they’re 10, we’d have prepared them for the secondary school education until they complete the federal government GSS. Those that we perceive could continue into the high school could go into the high school, those that will not be able to go to high school we move them to vocational school.

For us we want every child in the state of Osun to be educated. The schools we have built don’t permit the provision of some schools for girls or some schools for boys. Let’s take high school for instance where parents were clamoring that we should have single-sex schools. We are building high school with a capacity of 3000 students, we have 3 schools in 1 for the high school; do you advise us to have 3000 girls in different parts of the location? We want our children to mix freely. Each time I check, I didn’t find any boys university or any girls’ university. There was no ulterior motive to the decision; it was a lie from the pit of hell. Governor Aregbesola is such a freeminded man. When we were recruiting for O’YES. We did not ask for the religion of the 300,000 we recruited. I’m a Christian and I’m not a ‘yeye’ Christian I take my Christianity very seriously. Just as he takes his own Islamic religion very seriously and he has never invited me to the mosques. In fact he sourced for a Christian deputy governor and a female deputy governor. My party got him a male and a Muslim male because the past administration had male/female Christian and deputy governor. So rightfully the Muslims believed that ‘oh this is our own chance’ for a Muslim/Muslim ticket but he said no. The Christians are in this state, let us give the Christians to produce a deputy governor if we are producing the governor and let us give the women a chance to produce a female deputy governor and that’s how I emerged. So it’s a lie. This governor that they’re blacklisting that he is a jihadist, they’re lying. Among his siblings he is the only Muslim and another brother. Two of his siblings from his own mother are Christians; in fact one is a pastor. If he wants to change people to Islamic religion, he will start from his siblings because he is older than all of them. Now we’ve recruited 40,000 youths, we didn’t ask for their religion. In total, Aregbesola has recruited over 80,000 people since we came into office, we neither asked for their religion nor their gender.

6.   Is government talking to some that feel aggrieved as a result of the policy introduced by your administration?  I understand the Baptist Church is one of the parties in the face-off.

It is a misconception that the school belongs to Baptist. You know what the Baptists did? Smart, wonderful Christians. When the government took over the schools, they established their own private schools in Oshogbo as I’m talking to you. The Baptist Convention has private elementary school, nursery school and secondary school in this town there are all mixed schools. There is no private single sex school belonging to the Baptist, so we just told them we want our children to have a level playing ground. We are providing the state of arts schools with modern facilities; we don’t want to restrict such schools to some boys or to some girls. Let them mix together; let us prepare them for the world of reality where they will be graduating into after high school. If you have two boys, two girls, will you send the boys to your mother? You raise them together.

7.   The face-off in schools saw a Principal beaten to a pulp for allegedly rejecting a particular way of dressing in a Christian school; another teacher was machete. What is done to resolve the impasse?

Unfortunately because we have a governor who gives everybody a level playing ground. My governor allows you to practice your religion; he will never force you to do it. When we came here. The issue of hijab was what led to the different attire by children, they had fun doing that. The issue of hijab predated this administration. The Muslims and the Christians took themselves to court so it became a legal issue and we are sensitive on legal issues; because we are a product of the rule of law. We know what it means and the ruling in court was that status-quo should remain until final judgment is given whether students should be allowed to use hijab in school or not. So we refused to come into it but the Christians and the Muslims wanted government to make a pronouncement. The governor had to intervene that status-quo should remain.

It’s especially now that the students are preparing for the school certificate examinations. It’s been a huge success and my governor got prices from all over the world for being an initiator of the tablets.

9.   on the issue of Osun students sent to Ukraine: with the political crisis ongoing, what are plans to ensure that the students are safe and in an event the crisis escalates? Is the government prepared to move in?

Well there is no problem, I have been talking to the students and they’ve been communicating with the governor. You know they’re quite happy. In fact they were surprised, they said why are we panicking? Actually what we read on the Internet is what they read. The university where they are, they don’t feel any of the crisis going on and they are assured of their safety. We are usually quick to remove our citizens away from troubled spots. When Boko Haram crisis started in 2011, we were the first to move to Borno to evacuate all Osun indigenes and we even gave other states indigenes free ride.

The pleasure is mine Mercy