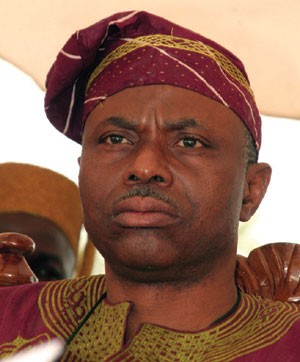 Last week, I started a journey of intent which ultimately was not meant to nit-pick the administration of Governor Olusegun Mimiko but rather to underscore the views of the caveat emptor in the state as to the “quality” of the product been sold to the people by the government. Mr Governor Sir, why have we not conducted our local government elections by now?

Why are we contented with caretakers instead of chairmen? Why have we not completed the various road projects that have been under construction ever since across the state? What has happened to the effectiveness of the waterfall in Alagbaka?  Why are cocoa farmers crying like babies? What has happened to the road traffic lights in Akure? Why are our pensioners not given their due reward as and when due?

I am too curious to know what has gone wrong because of the love I have for my motherland. A while ago, we spent so much in beautifying the already looking beautiful Alagbaka (the industrial part of the state) but now, our money seems to have expired because it no longer does the attracting work she was destined to do.

These are topical issues that demands meticulous explanations but nevertheless five years gone, the local government system is in absolute dis-order and you are well aware of this bedlam but as each day passes, your body language to this abnormality has been unconstitutional. You consistently choose and change caretakers to manage the affairs of the local government while the local system of government is left to poppycock.

However, where is our money? Who is spending this money? What are we spending these huge monthly allocations on? Who takes the rational decision as to how the federal allocations to the local government should be spent? These are burning issues that requires urgent attention from necessary quarters. Is ourEFCC, ICPC sleeping? What are they doing? These are issues they should have looked into but it’s a pity, no one sees the obscured. Isn’t this another form of day light robbery? What is assigned to the local government is being shared in the city. When will our villages become cities?  When will it conquer the tag of poverty in affluence?  Candidly speaking, Ondo state does not have any functionally constitutionalised local government system as at present; in fact, all the so-called “18 local governments” in the state are just mere local authorities. No good thing has been produced neither has any good thing come out of it.

We all know that the issue of unemployment is a national delinquent and it is also a state issue, different measures are been taken just to reduce its arduous ability on the people but all has proved abortive thus far.

Today in Ondo state, no public employment, unfortunately, the labour market that should reduce is on the increase, we keep talking about FADAMA as one of the way to reduce unemployment. As much as I would have acquiesced with your thought, I have some questions to ask you. Can you ask your children to go into FADAMA? Can you willingly subject your “pride” to the pains of FADAMA? These are clear indications that counteract your clichéd promise “your joy will be my joy and your sorrows, my sorrow.” How precise was this statement when you were retrenching people with no other source of livelihood? What was your accuracy like when you left Ondo people to the pains of agony and hardship? Do you expect graduates that went to school under the beatings of sun and rain subscribe themselves again to another form of hell in the name of FADAMA and whatever it represents?

I ask these questions because you are not willing to change the Mackwonikoff’s system of life in Ondo-state except for pretence and passion in disguise that have swayed the ignorant. Unfortunately, a lot of our people have become slaves to self-interested politicians and their lobbyist puppeteers. Modern system of government encourages continuity in government but it is a pity that what late Dr. Olusegun Agagu did with money is left to decay even in our present eyes, the legacies he left behind are not been upheld just because we want his memory to fade away in the sand of time. This haunting problem in our dear state is as a result of your inept leadership style. Take it or leave it, the maximum time you can spend in office is 8 years, when you are gone, what will you be remembered for?

Mr Governor sir, the henchmen and hatchet men in our dear state are gradually retreating back to their dens and denizens, those treasured people of yours (advisers, commissioners, chief of staff et al) will leave the same day you leave office, they will not call their respective names by your tenure, they will leave you to the hands of history, in fact, they might even be an arch enemy to your future political journey. It was “you” the people elected, they relied on you for a better Ondo-state, they gave you all of their heart-felt prayers, they gave you their trust, they gave you their vote even inside the sun but today the same set of people that gave you all these priceless things are now begging for their right. What has changed the man in you? Is it the ice-cream associated with your office? Or is it the forces that makes people mis-behave at the top?

Mr Governor Sir, you accepted the responsibility to work for the good of Ondo-state, you conversely subscribed to the “greatest good to the greatest number” and the best you can do now that the ovation seems to be on a low-key is to carry these huge task like a cross on your head. It’s high time you had faced the cross before the people of the sunshine state nail you to the cross and by that time, history must have done its civic duty of judging.

Let me equally at this juncture mourn with the family of the former speaker (honourable Adeshina) of the Ondo-state house of assembly who lost a goal-setter and lore. I pray that the benign soul of the repose rest in perfect peace and eternal acceptance.