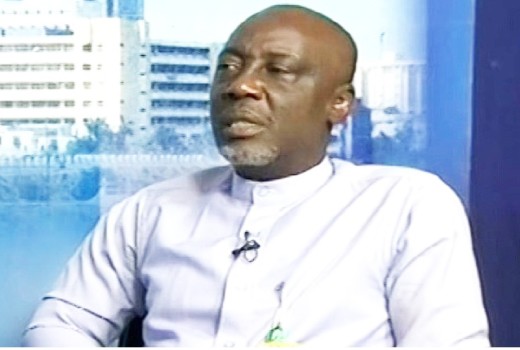 Saturday 15th March 2014 will be a day that will continuously haunt many families in Nigeria. It was the day their beloved son, daughter, wife, husband, cousin or friend met an untimely yet avertable death in the course of longing for a better life. 18 deaths were reported during the Nigerian Immigration Services recruitment exercise held in all the states of the federation last Saturday. These are 18 able-bodied adults who left their respective homes in search for work as advertised by the agency.

While recruitment exercises like this may not be new in Nigeria or any part of the world, the calibre of this particular recruitment drive has never before been seen in this country. I have chosen to bring some vital points to the fore not only because lives were lost, but all to highlight areas requiring urgent attention in the nation.

According to the Minister for Interior, Comrade Abba Moro, about 526,000 applicants were invited for the recruitment exercise on Saturday. By any means, this is a staggering number of applicants for one organisation in a single day. If we acknowledge that these are the people that live around, or have the means to make themselves available at the venues, and also that these are people who do not mind working is a uniformed organisation of the government (not everyone who is unemployed wants a uniformed job) then the number could well have ran in excess of a million. We know that not all of these applicants are jobless, some may be underemployed and need a better paying job. However, for such a number to throng a recruitment exercise at once should be seen as a sign of acute employment challenge in the country. With such a figure, it will be very appropriate to question the report circulated by the authorities that about 1.6 million jobs were created in Nigeria in the last year alone. The government needs to understand that the level of unemployment in Nigeria cannot be wished away with newspaper publications and press releases.  Decisive actions must be taken to facilitate employment opportunities for the teeming number of the country’s future leaders.

With this exercise, the NIS under the leadership of its Comptroller General, Mr. David Shikfu Parradang has just demonstrated that it does not have the competence to select prospective candidates. According to the guideline sent by the NIS and duly signed by H.Y Malgwi, the Deputy Comptroller General of Immigration Service (HRM) all candidates were asked to be at the venues by 7am on Saturday but the aptitude test will not take place earlier than 4pm. What kind of people/organisation keeps people in stadium/trade fair complex/public squares for 9 hours before writing a test?! If the test was scheduled to hold at 4pm why were the applicants asked to be at the venues by 7am? Did the NIS plan to conduct a physical test of 9 hours and then subject the applicants to an aptitude test of 30 minutes afterwards? What mental alertness would remain after 9 hours of physical testing? Also worrisome is the duration of the aptitude test; 30 minutes. If the NIS has the technological know-how to make application available online, collect N1000 application fees online, why was the 30 minutes test not posted online and time controlled and inviting only those that met the minimum requirement? Doing this would have streamlined the number of applicants to be physically tested and thus better management of the situation. It is shameful that despite having a full-fledged Human Resources team this is what the NIS can come up with. Very pathetic.

I still cannot understand how the NIS came to the conclusion that having thousands of applicants write examination in stadia is the best selection method. What kind of examination is done at the stadium?! The business of conducting aptitude test especially for employment purposes is done by responsible organisations in the most controlled environment possible. I have been to stadia several times. Even when half filled, the distractions and noise could be extremely unbearable. Imagining applicants in that environment and writing an examination is a joke. Except the stadia used have spaced out chairs and tables with examination invigilators allocated to definite and controllable number of candidates, then the Comptroller General of NIS and the Minister of Interior have just demonstrated intellectual malnutrition. The sitting arrangement at stadia is in total contrast to what an examination centre should be. No matter the amount of preparation and resources put into it, the choice of stadia as examination venue is absolutely shambolic, disgraceful and reeks of lack of foresight. Did these officials not think of academic environments like Universities, Polytechnic, Colleges of Education, Secondary and Primary schools in the states where stadia, public squares and trade fair complex were chosen? The only explanation for their choice is the number of applicants that these sane educational facilities can accommodate which obviously will limit the revenue. Whoever tenders a certificate, any certificate, to me and tells me he/she wrote the examination in a stadium has definitely lost the cause for which he/she tendered such certificate.

With an official “accredited applicants” figure of 526,650 and an application fee of N1000 per applicant, the NIS has just realized N526,650,000 from unemployed youths of Nigeria. Given that the NIS and its supervising Ministry of Interior will incur little or nothing on the venues used and human resources (security personnel like police, Civil defense and NIS officers) it is legitimate to conclude that this recruitment drive had as part of its objectives, the generation of funds. While some will argue that fund generation by a government agency is not illegitimate, one should challenge the usage of these funds. This is not the first of such recruitment exercise by NIS. It is evident that such cheap source of revenue generation arguable more than real need for staffing is driving this course. With a minimum wage of N18,000, the amount generated from this exercise will pay the salaries of the purported 4,556 required candidates comfortably for 6 months. Even JAMB, NECO or WAEC cannot boast of such profitable feat. One need not be told that this money will either not be accounted for in the 2014 financial report of NIS or where accounted for will eventually be deemed as greatly insufficient for preparation for the ill-fated exercise. It is weird that the NIS announced a recruitment drive of 4556 which is about the equivalent of all its staff in 6 states namely Benue with 1,043, Imo with 1,283, Delta State with 1,885 and Zamfara with 293 (total 4,504). Except the NIS is aware of possible creation of new states in Nigeria, one wonders where the 4,556 will be deployed. A school of thought is that the figure was provided to woo more applicants with a faint sense of possibility thereby driving them into committing their funds.

LACK OF ACCOUNTABILITY IN PUBLIC OFFICE

The honourable Minister of Interior, Comrade Abba Moro, has continuously stated for those interested in knowing, that the deaths have nothing to do with the Ministry’s preparation plan but “caused by impatience” Irresponsible statements like this which demonstrate a total lack of accountability should not come from a Minister in the country. No doubt stampedes are usually caused by impatience but the Ministry and the NIS presented the opportunity for this. For the Minister to say that they made provisions for 65,000 applicant at the Abuja stadium which has a capacity for 60,000 spectators means that inherently stampede has been built into the “proper planning.” I believe, in my “unministerial” mind that the death of 18 people is overwhelming enough to humble a sane and humane person to acknowledge failures in planning. It saner societies, the Minister and Comptroller General would have resigned by Saturday evening. We know such resignation is not in our culture but the Minister need not add insult to the emotional distraught of the families of dead. I expect the Minister to accept responsibility for inadequate planning at the minimum. The NIS has shown that after 8 years of getting applicants killed during a similar recruitment exercise, it has learnt nothing on how to curb such tragedies. Evidently, there is a spell that changes the perception of public office holders in Nigeria to loss of Nigerian lives. If being a Minister in Nigeria will mean having less regard for human life, I pray that every move that will make me a Minister will be frustrated by the God Almighty.

As Nigerians we need to have a critical assessment of some of our behaviours and re-orientate ourselves. The scarcity mentality is an aspect of the Nigerian society that needs to be quickly checked and expunged from our cerebral. Why are we always in haste even where it is obvious we cannot change anything with such blind haste? We have not totally learnt and imbibed the culture of patience and orderliness. The Nigerian society is allergic to queues and processes. I have had the opportunity of travelling averagely well. With all flights into and out of Nigeria, the hastiness of most Nigerian passengers to alight immediately after landing remains infuriating. Passengers stand up immediately the plane lands and start collecting their luggage in the overhead cabins while the seat belt lights are still on and the planes still taxing. Eventually we all meet at the carousels to collect our baggage. How many times have we seen 4 or 5 people struggling to board a commercial bus that is totally empty in our cities? How many times have we seen motorists trapped on rocky hard shoulders while trying to go faster than traffic? There are more dented, bashed and scratched cars in Nigeria today that would make one cringe with anger yet the deformations on the vehicles were not caused by meteoroids or flying carpets. We try to beat time in traffic with maneuvers second only to the Formula 1 race drivers and then spend hours arguing and negotiating after we run into another car. The stampede at the different venues that claimed the lives of some applicants may truly be attributed to this same impatience that has continued to plague us. As individuals, we need to change our attitude from hastiness to patience. As the old saying goes “It is better to be late than to be the Late”

May the souls of the departed rest in peace and may the Lord comfort their loved ones.