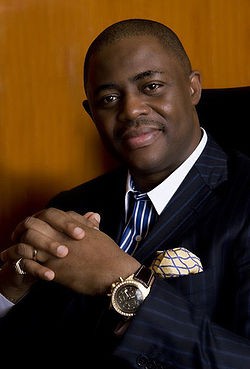 Growing up as a boy, any time I was being prayed for or asked if I was going to become a President or Governor, I would always say no. I really do not know why up till now, because the answer still stands same, maybe because it just never pleased me or occurred to me from the onset. I prefer being a Technocrat or a Social Commentator.

Recently, the not-too-different-from-the-bad-eggs or country cripplers (PDP), that is the APC who have been going here and there discrediting all the moves of the present government whether good or bad, of course to gain political points which they have not in some quarters or probably garnered little in others released their so called “Ten point agenda” and not too long, they let loose two of their mouth runners on the air, Chief Femi Fani-Kayode and their interim National Publicity Secretary, Alhaji Lai Mohammed. I was only tuning to different TV stations that fateful Sunday evening to see what was on, lo and behold, I saw FFK(Femi Fani-Kayode as he’s fondly addressed) being interviewed on Channels TV amidst other programmes, I decided to opt for that as I have at several times read the articles of the sound UK-trained Lawyer on different blogs. Fortunately or unfortunately, whichever, he already decamped to APC, which I didn’t know prior to that time so he was being quizzed about his time in service with President Olusegun Obasanjo, what the PDP is doing wrong and the likes. This man sweet-talked his way out with statistics, which to him mattered most, which might be true anyway, but as the presenter of the show said and as most Nigerians would have thought, did the statistics have a trickle-down effect on Nigerians? Certainly not. At least I didn’t see anything. In all he did, he fought and sweet-talked his way through juxtaposing Obasanjo’s administration, which he served in, and Jonathan’s administration that has levelled against him corruption charges. In fact, a PDP member was introduced into the programme via phone conversation to respond to all what FFK had said and trust that he would always say the opposite while FFK also made sure he doused everything the man said. In my mind, I began wondering, why do Nigerian Politicians act like this? Liars, sweet-talkers always wanting to attack the opposition at any slightest instance. My conclusion was they never change, they are all the same.

Then came Alhaji Lai Mohammed in his own TV interview too as Nigerians called into the programme to ask “serious” questions. I couldn’t really sit to watch this but I overheard a man who called in and told him Nigerians will hold him responsible for a promise/statement (I guess) he made and I particularly like that.

Where am I driving at with all these? Nigerians know that all these gimmicks, tantrums and buck-passing are solely just for 2015 and not for our sakes. Not because they are really interested in improving the present worsening situation where lives no longer matter and the economy is going into a dip and some people even died on that Centenary day celebration and they still went ahead to celebrate it. For what?

Let me ask Mr President, don’t you think the masses who are uncared for should be the ones blowing the Centenary trumpet? But how will they and who even cares? Is it when fuel is being hoarded in a country that is about the third largest exporter of crude in the world? Is it when about 45 million Nigerian youths are jobless? An average Nigerian will say, “Na Centenary go put food for my table abi na im go give me clothe to wear? Centenary ko, Millenary ni, mtcheew.” That is if she/he knows something is on.

I have not even spoken of our funny political parties and their lack of ideologies. We don’t know what particularly each party stands for. As a politician, you can just wake one morning and feel like defecting and there you have it especially if you have been aggrieved in the party (like what I feel happened to the likes of Atiku and co. that made them leave PDP).

To save time, my advice for the APC is that they start now on a right footing by trying to convince the masses who have lost confidence in her leadership by positive actions- how they plan to fight corruption, restore power and gain the peoples’ confidence and not the usual “always replying everything PDP says because everyone knows they brought Nigeria to where it is today” and even a one-time Minister of Defence made it clear that this Boko-Haram menace emanated from the PDP and should be settled by them, even Mr President knows he has these people in his cabinet but I don’t know why he has refused to address it from there.

It is only on the note I stated earlier that Nigerians like me will be very eager to vote and consequently vote out rubbish in 2015 or to further say vote for APC and that is only because of the fresh air- Nigerians will like to see what they will do differently from the People Deceiving People/Poverty Development Party (PDP), at least they have tried. APC, if you have ears, hear now, start thinking positively and not for your pockets or self-gains on how you intend to move this country forward and not just seizing and wielding power for nothingness.

Let him that hath ears and is wise hear and act on what Nigerians are yearning for.