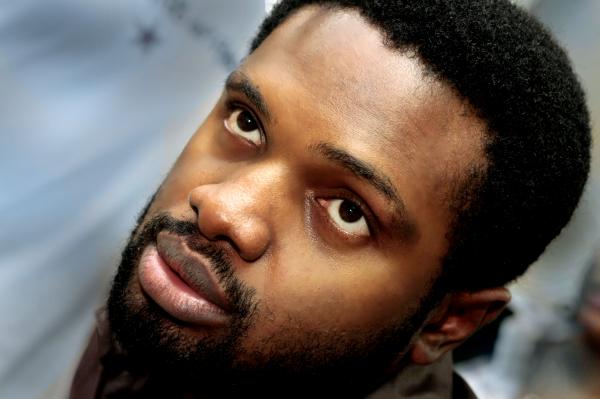 The winds were soft

We were gathered in an amphitheatre

The guest artiste was invited over

A lady guided him to the podium

The voice I heard

I shivered with excitement

His fingers even stroked the keyboard

As the programme ended

We shuffled to our dormitories

Everyone talking about Cobhams

Saying the little they knew

“He was born blind”

I overheard someone say…who knows for sure?

I froze in my tracks

Tears welling in my eyes

His song filled our hearts with light

He definitely can’t be ordinary

I concluded as I slept that night

The blind had a dream

He saw beautiful days ahead

He fed on blindness

All to grow into an enigma

He lived in a world of ordinary people

One of his secondary school seniors

Who described him as very likable

Told of a day he won’t forget

When a lady named Mariam duped a ‘roomie’

Cobhams, a junior ‘roomie’, heard about it

He later turned it to music in the room

Mariam beautiful from head to feet

When you see her you should run

She isn’t a girl for you to love

When she says that she loves you

But when you miss her

You are gonna miss your wallet too”

They all enjoyed as he sang

He, preparing for conquest, as David did in the wild

Thanks for rising above blindness

All to give us meaning

Thanks for showing us the way

With the beautiful light you bear

I wish you can see and read all this by yourself

But then, thank God you can’t

There wouldn’t have been Cobhams

Asa’s ‘Jailer’ would have been a dream in the jail

To you, Blindness, we say thank you

For giving us the mystery extraordinaire called Cobhams