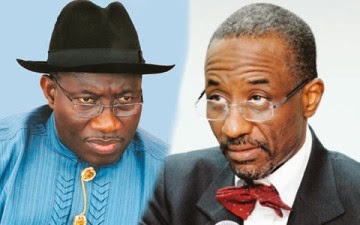 The title of this piece is (almost) the same as the earlier one written by a media veteran. The topic gives away the content. If you haven’t read the original throbbing piece by J J Omojuwa, here it is: 10 Curious Points You Must Not Ignore While Reading The CBN Report By The FRCN – Omojuwa. I encourage you to do so before you continue with this ADDENDUM.

Apart from the initial 10 points raised by Omojuwa, here are few more that cannot but stimulate ones’ objective curiosity about the purpose and intent of the report, signed by Jim Osayande Obazee, the Executive Secretary/Chief Executive Officer of the Financial Reporting Council Of Nigeria (FRCN).

“While I agree with the 10 points raised in the original article of Mr J.J. Omojuwa of the same title, none of the new points discussed in this piece, herein called ADDENDUM 1, was discussed verbally, in gestures or writing nor agreed with him before this prose is documented; and consequently, DO NOT and CANNOT qualify as true addendums to his original piece (as I do not have such rights) except where he admittedly states so”

Having read the report of the FRCN on the “CBN Audited Financial Statements of year ended 31st December 2012”, I must confess, the umpteenth time, a number of the claims put forward by the Council would not be verifiable except an investigation by a “truly independent” and professional body is carried out. In the 13-page report, FRCN does not sound like an “unbiased investigator”.

If you have (truly) read the report, you “may” observe that the narration suggests that there was no direct contact or interaction between the Central Bank of Nigeria (CBN) and the Council as “insinuated” by other reports and news. This coincides with Mallam Sanusi’s declaration that there was no time the CBN was contacted or queried by the Council.

However, the report also suggest that there “might” have been a prior query served to the CBN either by the Presidency or any of its proxies on certain budgetary, economic and financial matters, to which there were  “deficient” responses from the suspended CBN Governor to the Presidency or the proxy that instituted the “query”. In all, 12th April 2013 was the date the Council received the President’s directive (through a memo PRES/188/T&I/89) to analyse and interpret the “deficient” responses of the CBN, through its (now suspended) Governor.

And there brews my initial curiosity.

The following is a reproduction of the first paragraph of the report:

The President had detailed FRCN on issues raised and explanation made by the CBN Governor one month before Sanusi officially submitted to it. How possible is that? What exactly was the President’s directive to FRCN? Could it have been the actions to take on a yet-to-be-received response? What purpose would such pre-emptively proactive bid serve? Just Curious! There is no way this paragraph makes complete sense without some interplays. FRCN needs to come out with some explanatory statements other than this confusing report.

Below is a screenshot of point 2e of the report

The paragraph largely expressed an instance where the CBN (and maybe Sanusi) had contravened Section 3b of the CBN Act 2007.

Do you notice anything? That leads to my 2nd curiosity.

How reliable can a report that is burdened with incongruities be? There is no Section 3b of the CBN Act 2007 as mentioned in the report. The entire section 3 of the said act talks strictly and only about the locations of CBN Headquarters and its branches. What and where is the ES/CEO of the Council quoting from? Apart from the fact that the report begins to sound like a “judgement”, how come no one in FRCN and the Presidency detected such anomaly before the public was served with such “variation”. I wonder what the array of Presidential Advisers/Spokespersons are paid for. Anyway, someone, somewhere, somehow in the top echelon of both the FRCN and the Presidency is incompetent and shoddy. This is not very different from the “Oga at the top” saga.

Between, May 20th 2013 (the day Sanusi submitted his explanations to the President) and 7th June 2013 (the date of the FRCN Report) are regular 18 days (14 workdays). While I do not query the competency and effectiveness of the Council and its staffers, I am worried about the quality of work that could be produced in that short period without a prior mind-set in favour or against the input; especially where financial data of the apex bank for an entire business year was to be vetted, investigated and verified.

If pressure, fatigue and mental stress would make the preparer of the report and all the vetters within the FRCN and the Presidency commit  the careless error in Point 2 above, how many of such errors, misinterpretations, miscalculations and/or deliberate mutations are likely to be served in that report?

The concerns so discussed are riffed from the first two pages of a 13-pager report. There are other concerns too that are technical and might need the interpretation of Subject Matter Experts and narrations of certain actors, who are privy to finer details. Issues bothering on AMCON Bonds, poor disclosure of transactions and events, and the alleged non-certification of accounts by external auditors are not issues anyone without some degree of knowledge and relationship with the industry and the events can unravel. A second addendum, probably, would serve that!