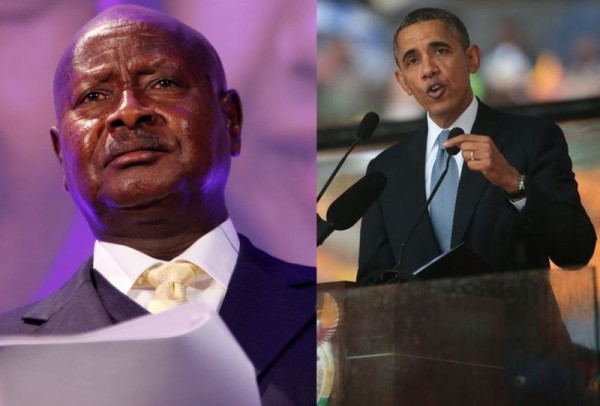 The World Bank has postponed a loan to Uganda’s health system because of the African country’s new anti-gay law.

It comes after similar moves from Denmark, the Netherlands and Norway and criticism from the US.

The World Bank’s loan was worth $90 million dollars (65.6 million euros) to Uganda for maternal health, newborn care and family planning. It follows decisions by the Netherlands to freeze a $9.6 million subsidy to Uganda’s legal system, while Denmark and Norway said they would redirect around $8.2 million each towards private sector initiatives, aid agencies and rights organisations.

“We have postponed the project for further review to ensure that the development objectives would not be adversely affected by the enactment of this new law,” a bank spokesman said on Thursday. The bank still has a $1.56 billion portfolio of projects in Uganda.

President Yoweri Museveni, who has been in power for 28 years, signed a bill into law which holds that “repeat homosexuals” should be jailed for life, outlaws the promotion of homosexuality and requires people to report on homosexuals.

In reaction to the criticism, government spokesman Ofwono Opondo said in a message on Twitter: “The West can keep their ‘aid’ to Uganda over homos, we shall still develop without it.”

Names and photographs of 200 people accused of being gay were printed in a tabloid newspaper in Uganda this week. The UN Office of the High Commissioner for Human Rights on Thursday condemned the publication of the names, warning that it not only violated the right to privacy, but also “demonstrates the very real danger that the new anti-homosexuality law will encourage acts of violence and harassment”.

US Secretary of State John Kerry on Wednesday compared the “flat-out morally wrong” and “atrocious” law to anti-Semitic legislation in Nazi Germany or apartheid in South Africa.

Ugandan gay rights activist Frank Mugisha met with the top US diplomat for Africa, Linda Thomas-Greenfield and acting assistant secretary for human rights Uzra Zeya in Washington on Thursday to discuss “mutual concerns” about safety and “how the US might respond to the law’s enactment.”