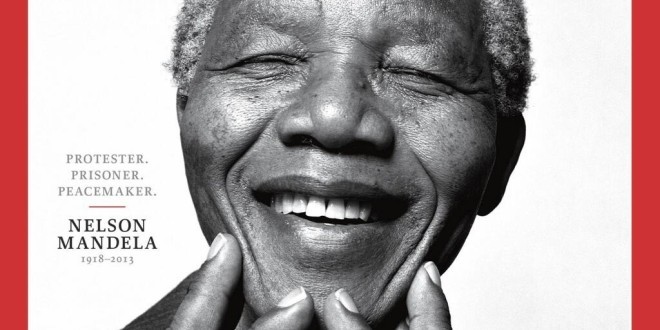 That former South African President and the true face of anti-apartheid struggle, Nelson Mandela has left us is a stale story. But the lessons from his life will remain eternal. In our clime for instance, the lessons stare us in the face on a daily basis as the political gladiators conduct themselves in a manner that arouse in us that strong desire and longing for a man of strong character, robust political stature and selfless leader as the Madiba, as he was fondly called. Mandela’s life was inspiring; he was Africa’s great revolutionist and prime human rights activist; he put his people first and self last. He chose to eat the bread of sorrow and drink the water of affliction that his people might live in freedom and prosperity. In our country, the reverse is the case. Here, the poor masses cut their coats according to their cloths, usually inadequate, while our leaders cut theirs according to their bloated sizes. While we tighten our belts due to the harsh economic policies foisted on us, the custodians of our commonwealth stretch theirs to accommodate their rotund frame. The Mandela we knew never did that. He was conscious of the verdict of history.

In the preceding months before his demise, many who had deified the man including members of his family wished that this enigma of a man would never go the way of all mortals. But who would blame them? Nelson Mandela, more than any other African either living or dead, at least in this century, contributed immensely to making his world a much better place than he met it by giving up himself as a sacrificial lamb that his world would know peace, progress and prosperity. Lucky South Africans! Nelson Mandela knew from when he became conscious of his society that he had to do something to free his people from the shackles of oppression and a satanic apartheid system of government, which made one race superior to another, and conferred undue advantage upon the white minority over the black population who were in the majority and owned the land.

For this, he denied himself the comfort the royalty of his birth and a legal practice that afforded him a life of comfort, to join forces with the African National Congress to fight apartheid and its many devils. In the 1960s, he was amongst the first to advocate armed struggle against the obnoxious apartheid regime which according to him, had blatantly refused to hear or listen to the voice of reason, but had continued to unleash and inflict upon his people pain and anguish while depriving them of the fruits of the land.

In 1961, he went underground to form ANC’s armed wing, Umkhonto we Sizwe (the spear of the nation) under whose umbrella the ANC carried out attacks on government institutions and installations, and in 1963 he was charged with capital offences at the Rivonia Trial. His statement from the dock was his political testimony and a summary of his life-long struggle against oppression and tyranny in South Africa –

Nelson Mandela and his companions were imprisoned for life in 1964 at the Robben Island, and for 27 years; he remained behind bars undeterred, unbroken, and courageously refusing to bow to pressures from his oppressors who applied everything in the books to blur his vision of a free South Africa where all men and women, regardless of race, would live free of worry, fear and deprivation. Rather, he looked the South African Pharaohs eye ball to eye ball and said “Let my people go” that their human dignity might be preserved.

But there was something different about Nelson Mandela – something that stood him out from the crowd of past or nascent leaders in the continent of Africa. Nigeria is not excluded. The polity is under intense heat presently because our politicians have their eyes on the next political dispensation even when they are yet to creditably acquit themselves in the offices they currently hold. The ruling People’s Democratic Party, PDP, and the emerging All Progressives Congress, APC, both two sides of the same coin, are flexing political muscles not because they have the interest of the masses at heart, but because they want to capture power to corner the wealth of the nation to satisfy their greed.

Mandela was different.  Power, to him, was not a do-or-die affair but service to the people. To him, it was not an inheritance neither was it a reward for his 27 tortuous years in prison. He presented himself as a lamb for sacrifice that his people may enjoy lasting peace, freedom and prosperity in the land which even though rightly belongs to them, yet were enslaved by foreign conquerors. Can it happen in Nigeria? In not too distant past, we had a president who had ruled for almost 4 years as a military officer and spent two terms of eight years in office as a civilian and before the end of that tenure, was scheming for a third term!

There are lessons in selflessness our leaders and our politicians and others who aspire to lead us, must learn. Mandela was not an opportunist. He was also not without hope of a great future. He had the benefit of a good education and royalty. But for the love of humanity and his people, this global citizen gave up everything that was dear to him – his family, children and the companionship of a pretty wife, Winnie, for the struggle. And in the process, he abdicated his responsibilities as a father and husband and more importantly, he gave up a thriving legal practice thus putting paid to a future of assured bliss and comfort in his chosen career. This is an example in selfless leadership not seen in these parts.

Nelson Mandela can truly be said to be a metaphor for courage which is in short supply in our clime.  He looked at fear straight in the eye and never blinked first.

One thing that marked Nelson Mandela out amongst mere mortals was that he had a heart that forgave. This is absolutely remarkable. Indeed, many still wonder what manner of man he was. For a man who was deliberately subjected to so much humiliation, deprivation and pain to, after 27 long years, come out and embrace his jailors, without any show of bitterness, to many, was out of this world! It was simply unimaginable that he would tell his traducers “go and sin no more” or better still: “Father, I forgive them because they didn’t know what they were doing”, when he was in a position to take his pound of flesh. But in his humility and large-heartedness, he said in retrospect: “as I walked out the door toward the gate that would lead to my freedom, I knew if I didn’t leave my bitterness and hatred behind, I’d still be in prison”. Can you beat that?

In our own dear country, an Abacha will send you to jail on a phantom coup plot; an Obasanjo will haul corruption allegations at you and send the Economic and Financial Crimes Commission, EFCC, after you, while a President Jonathan will rake up enough trouble to keep you busy. Yet, regardless of these enigmatic qualities, Nelson Mandela was mortal and so he has gone the way of mortals. He had his own foibles and downtimes, and as he said: “do not judge me by my success, judge me by how many times I fell down and got back up again”. But he conquered the world.

The lessons from Nelson Mandela’s life are very clear – as leaders and followers, we must learn to make a sacrifice for a good and noble cause; we must be courageous in confronting evil even at the expense of our freedom, our lives, comfort and personal dignities. We must conquer fear because as one-time American President, F.D Roosevelt posited, “the only thing we have to fear is fear itself”. And we must learn to forgive because to forgive is not just divine but puts you at peace with the world and at the end of the day, you are the ultimate winner in any battle. All the eulogies and accolades on Mandela were therefore not misplaced.

Now, back to the question “When will we have our own Mandela?” It looks to me a tall dream. Or what do you think?