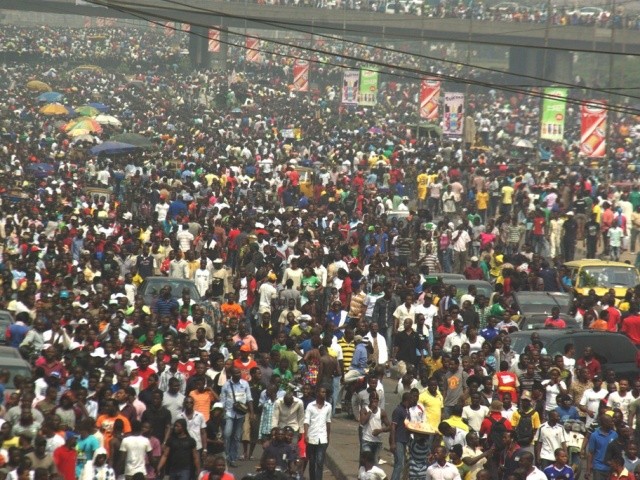 The dust due to impact from the hitherto comatose letter writing trend that has just been revitalized – perhaps to remind the digital baby’s that once upon a time letters were written – seem to be settling, I thought it necessary that I add my own open letter to all before the trend rests in peace again perhaps to be resurrected by God knows who in future or perhaps not.

Firstly, let me express my sentiments on the gay debate that is currently boiling or distracting if you like. Having read many intellectuals speaking out against the new anti gay law and understanding their sentiments as well; mostly bothering on the issue of human rights, I want to maintain that gay union is alien to us. However I was so impressed with an article (http://t.co/B6F9zYPmR6) written by sir Japhet Omojuwa on this issue that I couldn’t resist the temptation to share it with friends. He so did justice to the issue, baring his mind and balancing both side of the discuss even though he was not for the new law. But based on my conviction, same sex still remains morally, religiously and culturally wrong in our clime. Without contempt, I don’t  ‘think’ those people are normal people, I don’t think it’s a fundamental right either because one, it is very abnormal and unnatural, two it’s borne of someone’s fetish thoughts and desire to experiment wherein others imbibed. Some will want to press that it is their nature to desire for a like sex, but a cursory look at the evolution of LGBT doesn’t suggest that. Well in order not to preempt I don’t know of the people who introduced it, but I like to think that those who are Nigerians and are into it were not born so, they conceived it in their heart and learnt to do it, just like we are used to copying anything that emanates from the oyinbo people. I don’t think there is any Nigerian culture that embraces this sickly act. Some of them into it are even desirous of getting out, why should they if it’s not an abnormal thing? It’s therefore not a fundamental right. People into it rather learnt it or allowed themselves to be infected by the disease. Therefore, they deserve our sympathy instead of encouragement for what normally doesn’t feel right. If it’s about rights those who practice Pedophilia should be given equal right as well, if it’s about feelings or being emotionally boxed in those who practice Pedophilia have feelings also and they are no less human. After all they are all sexual orientations right? If this LGBT thing is normal why does it has to take till this century before even most of those countries shouting out in favor of it today legalized it. Does it mean that like LGBT it would only take another century for Pedophilia to be legalized? Promoting it will only further pollute our society and plunge it into chronic decadence. Therefore the ban is a welcome thing. Otherwise how long will the west continue to infiltrate us with their own ways of life that never tallies with ours?

Secondly, this is suppose to have come before now. I want to admit that I am particularly impressed with the new year greeting that came out from the state house, compared to the previous one, it was quite nerve massaging. It’s not a surprise though, for anyone who is familiar with the working mechanism of Nigerian politics should know before hand that they wouldn’t throw banana peel season greetings on us this time, this is more so since the next bend after this one is that vital bend that will determine whether that Adamawa born yaro, Abati, Reno or the other robust Doctor will continue to wag their tongues from the within of our state house. Well, that’s not the issue anyway, the issue is that this is 2014, even though we are already rounding up 1/12months, It’s still a brand new year, new time, probably new ways, new resolutions, new everything and we NEED a country this time, a new country. I don’t know if there is an effective difference between WANT and NEED, what I know based on the economics theory is that we NEED more than WANT a country.  A country with a working system, with a transformation project that touches the lives of the ordinary people, not one that only changes the fortune of the media and promotes a fallacious platform for unnecessary ineffective bickering that only translates into noise in the ears of the downtrodden.

I am writing this letter with toxic vexation, if I were using pen on paper the pen would have snapped under pressure, even now my keypads ainte safe. Nigerians listen to me! It time for us to rise, the nation is ours, we have to remold it, we have to reshape it, we have to and we must be the dictator to our government, they must give us what we want and not what they feel like! We can’t we won’t we shouldn’t wait till 2015 for a change. 2015 is 385 days time from now. It’s more than enough time for millions to die of hunger, illiteracy, malnourishment, bad roads, rusty airplanes, bad healthcare. Every single day souls are lost due to government neglect. This is a D-E-M-O-C-R-A-S-Y for crying out loud, incase you are not sure, even a tyrant should be able to deliver under the guidelines of this arrangement. We can’t continue to accord them the privileges of the very tenets and principle of an institution they trample upon while they are not doing same. Enough is enough! We can’t have people like Reno, Abati, Okupe, Gulak, Maku keep telling us what they like to concoct from the euphoria of their own delusions while us amongst our likes die on, voiceless. We can’t let tyranny prevail in our land Nigeria is too beautiful for such level of oppressiveness especially in this age. I call on youths, old and young, small and big students or otherwise, its time to ditch an agitation for individual interests only, lets bind the grievance and adopt an agitation for common interest, lets come together and do it once and for all and duo shall no more grieve in your country and fields of endeavor. Its time for us to take off the garb of personal interests and wear the vest of common interest. Other interests can afford to come in when we have sustained a tempo, you would do well to keep those in your rib cages for now.

Let’s not deceive ourselves, there’s no messiah coming to save us. For a complex country like Nigeria that is riddled with leadership and corruption issues, the simplest surest possible way for us to get a sincere leader that is ready to serve sincerely is to abolish all the incentives that comes with public office holding including salaries, only then shall you see true, incorruptible servants that will offer to climb up the saddles selflessly. Since this is not practically feasible due to a number of reasons, it’s no use advocating. But until we leave hypocrisy, until we cease to shriek before them, until we cease to worship them, until we stop thanking them for doing their jobs, until we stop treating them like gods, until we stop laying red carpets beneath their feet, until we let them understand that the piper is in our firm grip, until we stop singing their praises to high heavens thus keeping them under perpetual positive delusion, until we stop to pay them exorbitantly for what otherwise should be a selfless stringless service. Only then shall we have leaders who will come close to being an authentic darling of the downtrodden.

Even though not everyone can be said to be happy in the real sense of the word, not everyone is entitled to it all the time, everyone deserves a taste of it most of the time, that’s why we are saying people must not be subjected to sadness all the time. This is a call, a letter right? I don’t know what the SSS would make of this, but that’s the unequivocal message.

I wish fellow Nigerians, Africans and the World at large a fulfilling 2014 and beyond.
God bless Nigeria!