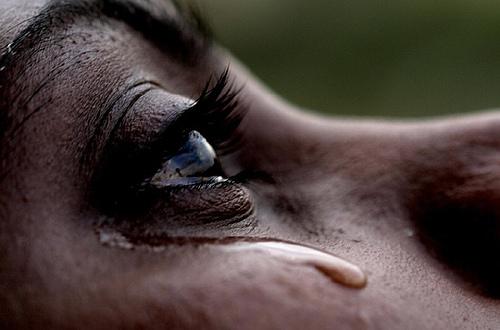 Like a whisper I heard my name but carted away was my attention. The whisper persistently became louder. “Who increased the volume of the radio set?” I asked, not knowing I’m being called upon. “Where were you?” I was asked. I couldn’t give an answer to the question. My oblivion was becoming more often.

I began to ignore my responsibilities as I was always imprisoned by my thoughts. Eating became a challenge to overcome daily, and so also shelter. Job is available only for the privileged, work is for the preferred, as struggle remains the plight of the neglected.

Obviously I have every reason to be in seclusion, locked away in deep thought; wondering what will become of me, or that which I will become, for both I know nothing about. Even though I have aspirations regarding what I wish to become, but the struggles that have taken me to where I am are enough to reflect upon the lots of challenges that are bound to be encountered.

Lost in these thoughts I reminisced on my struggles, and the pains my parents went through “how they strived to feed me, the difficulties they faced in sending me to school, hoping that when I’m through with secondary school I will be able to support them and improve their livelihood and halt their struggles, but to their disappointment, I added to their burden as I struggled to enter university, State-owned I chose hoping to benefit from its low cost advantage, not knowing that haters of the common man were in power, they increased the tuition fee again and my parents had to intensify their strife again, in doing so, their comfort bled so that I may have comfort in abundance. Cry I cry, tears I shed, pain I felt as I knew how hard things were for them. Passion derived from a quest to support them and improve their livelihood, from the promise not to disappoint is what I had and I channelled towards studying extra hard to appreciate their efforts, and excel I excelled.

However,  I discovered that, studying extra hard was the least of my worries, I was made to realise I had to settle my lecturers. Settle they called it, bribe I knew it as, or my CGPA will be deflated with pumping machine and brilliance would be wasted. I stood my ground sticking to my sense of morality, I didn’t bribe any lecturer, I studied hard, attended every lectures, did every assignments and attempted all CAs and examinations. I couldn’t afford bribe even if I wanted to.  With empty stomach I trudged to campus, to receive lectures a number of times significant enough that they can’t be accounted for.

But at the end I graduated not with 1st class nor 2nd class upper, on 2nd class lower I stood. Proud of it I am till today and then, orientation camp I went with nothing but transport fare to serve my nation with all my best, and with all my best I served my nation. Though,  I couldn’t accommodate the deterioration in education, Nor turn a blind eye to the destruction of our value system, the reality I didn’t know was that life is even more challenging after youth service.”

As I looked deeply into what’s happening, into situations full of abyss, situations where I was wholly involved, kidnapped by its riddles, the ransom for its understanding turned out to be a mystery. An employer of labour, I was not, for I would have employed a mystery solver, I was cut off from reality, yet I appeared to be very much around. Even the house rat was inquisitive of what’s becoming of me. Everyone around were always asking, but these worries won’t allow me to float.

These worries of life that remain within me became a burden for me to bear. I tried to fight them but I was just a weakling and this burden left me nothing but a sick bed where I was free of all worries but not of my recovery.