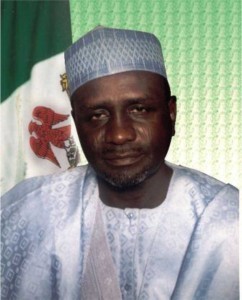 Mallam Shekarau is or was a man that many of us – we his followers look up to. We see him as an epitome of uprightness, we saw the will to effect change, we try much as possible to imbibe his simplistic lifestyle. Though I saw some flaws in his policies when he held sway in Kano as the executive governor, however, I and others see that as his shortcomings which every human being has. Perfection belongs to Almighty Allah.

Mallam has he is fondly called; he is a man that many believed we can literarily take his words to the bank. A man we seemingly think he will be a good material for president. A man who feels the pinches and who is ready to emancipate the downtrodden from the clutches of the feudal!

He came, he did his best for Kano people both indigenes and non-indigenes, and he institutionalised his pet-projects such as Hisbah and health facilities. He allowed the ‘system’ to work without recourse to the governor for every approval. A semblance of seamless system was observed during his tenure unlike brigandage and lordship we are witnessing right now.

On political front, he was never a fan of Buhari, he never ‘bowed’ to him which is politically naïve to some extent and large chunk of his followers differs by given their votes to Buhari in 2011 election. Buhari won a landslide and his arch-enemy, PDP/Kwakwasiyya came distance third.

It is a known fact, that Kwakwaso and Shekarau are the gladiators in Kano and having the two in the same boat is suicidal if not managed. Many of their genuine followers were on their knees praying that a workable pact will be reached. But Interim National APC failed. They failed to soothe the fray nerves. APC should not toy with massive votes it can garner in Kano. Arguably, the largest populated state in Nigeria. APC elders are partly to be blamed for ‘rocking the boat’.

Shekarau is about committing political suicide by dining with the devil. PDP is a sinking ship. You can not want to be relevant at all cost by throwing overboard your hard earned integrity. I believe you can still make amend. PDP can never give you that room to espouse your qualities. They have the clique, you are an outsider! If you cannot ‘work’ with Kwakwaso, at least you can hibernate politically for a while and when the time is ripe, you will definitely become the bride of all.

Lastly, I sincerely, believe that you can still retrace your step back by doing what is right. Don’t allow Kwakwasiyya to ‘rob’ you of your followers because right now, Nigeria wants change. And that change is not possible through PDP. It could be through any party or platform but definitely, NOT through dented, warped and torn umbrella.

Mikhail Yunusa can be reach @mikkyolan