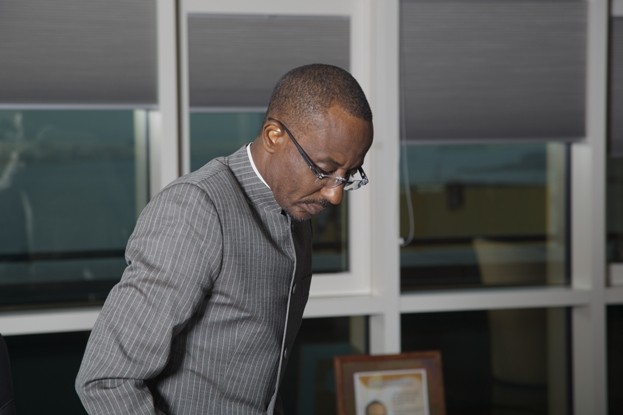 PRESS RELEASE BY THE ALL PROGRESSIVES CONGRESS (APC) CAUCUS IN THE SENATE ON SUSPENSION OF GOVERNOR OF THE CENTRAL BANK OF NIGERIA, MALAM SANUSI LAMIDO SANUSI BY PRESIDENT GOODLUCK JONATHAN

This morning, President Goodluck Jonathan announced the suspension of Malam Sanusi Lamido Sanusi as Governor of the Central Bank of Nigeria.

A statement signed by the Special Adviser to the President on Media and Publicity, Dr Reuben Abati directed that the most senior Deputy Governor of the CBN, Dr Sarah Alade will serve as Acting Governor “until the conclusion of on-going investigations into breaches of enabling laws, due process and mandate of the CBN”.

Members of the All Progressives Congress (APC ) in the Senate hereby unequivocally condemn the action of the President as absolutely illegal, and, therefore, reject it in its entirety. While we will not engage the President on his allegations against Malam Sanusi, we want to refer him to the relevant CBN Act of 2007 on the appointment and removal of the CBN Governor.

According to Section 11(2) of the Act, “THE CBN GOVERNOR, DEPUTY GOVERNOR OR DIRECTOR SHALL (ONLY) CEASE TO HOLD OFFICE IN THE BANK IF HE:
(f) IS REMOVED BY THE PRESIDENT, PROVIDED THAT THE REMOVAL OF THE GOVERNOR SHALL BE SUPPORTED BY TWO-THIRDS MAJORITY OF THE SENATE PRAYING THAT HE BE SO REMOVED.”

By unilaterally removing the CBN Governor without recourse to two-thirds majority of the Senate as the CBN Act 2007 provides, the President has acted illegally. As we work hard at strengthening our Democracy and the Rule of Law, the APC Senate Caucus will not sit by and watch the President whimsically offend the relevant laws.

We wish to add that, as we said earlier that we don’t intend to engage the President on his allegations against Malam Sanusi, especially on alleged “various acts of financial recklessness and misconduct” while investigations against the CBN Governor are ongoing, we will not shy away here from expressing amazement that the President never applied these words once while certain acts of financial recklessness raged against a former member of his administration, during various investigations against the member and even when reports of those investigations clearly indicted the member. This irreconciliation of standard by the President is condemnable and will not augur well for good governance and development. With Nigerians following developments on corrupt practices in our Democracy, the President would be sending wrong signals that his administration is intolerant of criticisms against it, especially on financial dealings, while pampering favouritism and sycophancy.

The APC Senate Caucus calls on the President to withdraw the unconstitutional suspension of Malam Sanusi as the CBN Governor. It is imperative that the President go through the proper channel by seeking two-thirds majority of the Senate if he must remove the CBN Governor, as the law demands.

Senator Babafemi Ojudu
On behalf of the APC Senate Caucus