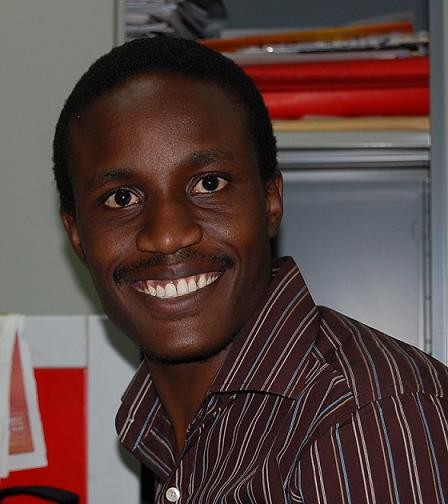 Last Thursday, February 20, Lamido Sanusi ceased to be the Governor of the Central Bank of Nigeria. The news came as a surprise, even though it shouldn’t have been, considering that Sanusi and the President had been playing a cat-and-mouse game for a while.

There are many unanswered questions; and I will throw up as many as I can here. And then end with an article I wrote about Sanusi, more than three years ago.

Should Sanusi have resigned before things got this bad? Late in 2010, he told a Senate Committee (which was harassing him for pointing out that the National Assembly was a drain on the country’s resources): “My name is Sanusi Lamido Sanusi, not ‘Central Bank Governor’. I enjoy my job but if you want me to quit, I will honourably quit.” What made him change his mind about quitting if he was no longer wanted?

Will he go to court as he’s promised, to challenge his suspension? What’s the future for him? Will he take the battle to the next level, now that he is no longer in government? Has he perhaps got some devastating joker up his sleeves; some documentary evidence that could potentially bring down the Jonathan government?

Now that the President has succeeded in pushing him out of the government, will he fully embrace partisan politics? Who else will these troubled times claim?

What will the Senate do? What will the wily David Mark, the man who brought us the “Doctrine of Necessity” do with this matter?

Will Sanusi respond to those admittedly weighty allegations in the Financial Reporting Council of Nigeria memo? Did the President give him a chance to respond, before he was suspended? Why was he suspended so investigations could take place, while Stella Oduah kept her job for months after investigations were concluded? Why is Diezani Alison-Madueke not on suspension as well, so the equally weighty allegations against her (dating back years now) can be investigated? Why is the Nigerian National Petroleum Corporation Group Managing Director not on suspension too, while we determine who gave him the authority to spend our money without appropriation? Are some animals more equal than others?

Finally, and most importantly, will we ever make sense of how the NNPC operates? Will the corporation, one of the most opaque institutions in the history of man, open itself up to a long overdue audit? Will we ever get to the bottom of all the complexities surrounding crude oil swaps and domestic crude allocation and the subsidy-that-is-not-actually-a-subsidy matter?

Before I share my piece let me make it clear where I stand on that suspension: It was illegal-with-a-capital-I. The CBN Act says a “removal”  can only be done with the approval of two-thirds of the Senate. I’ve seen all sorts of weak arguments saying that Sanusi was suspended, not removed. A suspension is a removal, albeit a temporary one, so I believe the Act fully applies. As Sanusi himself has said: “There was a reason for that section. You cannot go round that section by saying, ‘I’m not removing you, I’m suspending you…”

I’d be surprised if the action of the President is endorsed by a court of law. Then again this is Nigeria; nothing is out of bounds, nothing shall be impossible.

My Sanusi article is from December 2010; it first appeared in my column in NEXT newspapers. It’s titled: Sanusi, Akunyili, and the road rarely travelled. Here we go:

“The Nigerian Big Man is essentially a man (or woman) who derives his power from the (relative) powerlessness of those around him. A Big Man may or may not have a Big Stomach, but a Big Ego is a sine qua non. And of course, money. Loads of it, often acquired illegally. Big Men also prefer to move in groups; something to do with a fine appreciation of the advantages inherent in the deployment of a mob mentality.

Early this year, a band of Big Men rose to prominence. Going by the name “Federal Executive Council”, it decided to hold the nation to ransom during the crisis that followed the disappearance of President Umaru Yar’Adua. On Wednesday, January 27, more than 60 days after the President vanished, it rose from a meeting to declare that “the President is not incapable of discharging the functions of his office.”

An even more powerful mob (in terms of its capacity to maintain a murderous grip on Nigeria) is the one known as the “Governors’ Forum”. Abandoning their constitutional duties, they turn to clandestine meetings, seeking to manipulate whoever is President. They’re always selfishly wanting something: a share of the Excess Crude account, the right to produce the Vice-President, or President…

Then there is the mob that has been in the news lately. It goes by the name “National Assembly”, and likes to think of its members as “Honourables”, but everyone knows that is a private joke gone public, and that if you’re looking for ‘Honour’, the farther you move away from the premises of the National Assembly, the more likely you are to stumble into her.

These people apparently swore an oath to faithfully divide Nigeria’s commonwealth amongst themselves (‘So help us God!’) –through increasingly inventive schemes: Constituency Allowances, Furniture Allowances, Contract Awards. Their houses are always in need of refurbishment, their cars in need of replacement; their office carpets and printer toners have the shortest life-spans this side of eternity.

As a friend put it in a Facebook status update: “Never in the history of Nigerian political endeavour has so much been paid by so many to so few”. But the truth is that no one pays this mob, they pay themselves, and exactly how much no one has the foggiest idea.

Arguably their most striking characteristic is a prickliness in the face of criticism. Which is puzzling, because one would think that all the money they feed on would at least thicken their skins. But no, this is one petulant bunch; think “Nigeria’s most prestigious kindergarten” and you wouldn’t be far from the truth.

This is why the Central Bank Governor, Lamido Sanusi’s encounter with this mob – in which he accurately labelled it a drain on the country’s economy – should go down in history as one of the most memorable moments of 2010. As is customary, our Machiavellian mob instantly fished out its favourite poison – a fermented mix of blackmail and bullying, bearing no expiry date – and is now obsessed with getting Lamido to take a sip. It has queried his character; wondered aloud if he’s enjoying his job.

An unfazed Sanusi responded in words that should be pasted in every government office, every school building, across Nigeria: “My name is Sanusi Lamido Sanusi, not ‘Central Bank Governor’. I enjoy my job but if you want me to quit, I will honourably quit.”

Of course, that answer must have flown right over the heads of our distinguished mob – a bunch for whom “quitting honourably” is an abomination; for whom life would be hopelessly incomplete without the “Senator” or “Honourable” prefixing their names.

Sanusi brought a smile to my face. My ‘Nigeria’s Persons of the Year’ List is taking shape. Sanusi is in, joining Dora Akunyili, who, you will recall, declared, most memorably, in the heat of the Yar’Adua constitutional crisis: “I am the Minister of Information for the Federal Republic of Nigeria but if you ask me, I have no information about this matter.”

I have chosen to ignore Akunyili’s “Naija” misadventures (blame it on boredom) and focus instead on her “greater good”. I will also be the first to acknowledge that Sanusi is not a perfect man. I think he sometimes talks too much; far too much for a Central Bank Governor. And then there are those bow ties, but let’s leave that for another day.

Nigeria however doesn’t need perfect men and women. No. To give an idea of what Nigeria needs, I will quote from the article I wrote (“Wonder Woman”) praising Akunyili, after she broke ranks with the Federal Executive Council earlier in the year:

“At this hour, this minute, we need more people speaking truth to power, especially from WITHIN the corridors of power. There are enough of us outsiders trying our best, screaming from the rooftops and marketplaces and newsrooms, from the Facebook status updates and twitter pages.”

Speaking truth to power, from the inside. Sanusi (Central Bank Governor; grandson of a former Emir of Kano – what could be more “Northern Elite” than that?) – a man who should be the archetypal Establishment Man, has chosen to stare our rapacious lawmakers in the face, without blinking. I doff my hat.