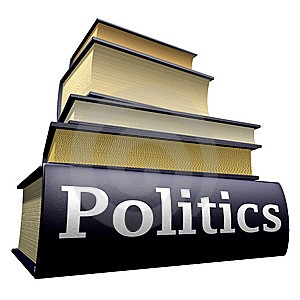 In Nigeria, interpretation and understanding of political terms and concepts are no longer the prerequisite of scholars of politics or prerogative of students of political science or other professionals in related disciplines. Just by simple observation of our politicians – particularly ahead of elections, most of these concepts are replicated although most blatantly. And if by now you are still wondering what is party defection and the growing trend among politicians, googling these words will amount to some extra work but here is the clue; do you remember Prof. Charles Soludo before Anambra State Governorship election in 2013? He moved from Peoples Democratic Party (PDP) to All Progressive Grand Alliance (APGA). How about the recent case of the notorious Five People’s Democratic Party (PDP) Governors that decamped to All Progressive Congress (APC)? And if you still cannot remember any of these, well some of the members of House of Representative zeroed in with their state governors frustrated of continued membership of PDP and decamped to APC thereby giving the newly formed APC a simple majority of House members. Can you see the broader picture of things taking shape ahead of election? I am thinking yes, however you are still unable to fully understand yet. Notice also that two popular supposedly opposition leader and founding members of the APC, Former Governors of Mallam Attahiru Bafarawa and Mallam Ibrahim Shekarau just joined the PDP in their respective states of Sokoto and Kano. And in the coming days or weeks as waiting for months will be rather too long, some of our PDP Senators will surely decamp to APC.

But why do politician change party? It is simple, and one do not need to query history. Consider yourself playing the game of chess, your opponent’s single move on the board determines your counter move. If you are not a lover of chess, atleast you watch football; the single most popular sport in Nigeria. In football when your opponent is holding the ball and approaching your goal post; you position to defend with the intent to stop and prevent conceding a goal. At the end, it takes a combination of your strong defensiveness and your opponent attacking skills to determine the outcome. It’s either you win or lose, and in rare situation the outcome is however balanced. Basically, politician change political party to be better positioned to benefit from certain conceived interests. Unfortunately, these interests are more personalized and since most political parties in Nigeria today are formed without some clear ideological divide; every defecting politician or groups of politicians are able to fit into his new welcoming party. No doubt or shame expected, the people will always understand? In Nigeria, political parties are formed by amalgamations of power fisted and out of favour individuals from the ruling government as an umbrella primarily to contest for elective positions and win power. Therefore, the current wave of change of political party or party defections is geared towards certain imagined or real outcome.

However, there is nothing wrong to plan ahead as failing to plan is failure in itself, so Nigerian politicians are just strategizing ahead of the coming elections and post 2015 general elections. And as things continue to develop, more party defection is expected. Moreso one thing is certain, the politicians making moves and counter moves of today will have a chance to either win or lose tomorrow. Individuals or groups failure to plan amount to taking up a disadvantaged position, no opportunity is created without action. And in practice, the politicians look to be in charge and the Nigerian youth do not seem to be catching up yet. The young population do not need to join the bandwagon of party defection; the youth needs an organised plan of action to avoid being compromised.

How can Nigerian youths benefit from politician regular party defection? First, the young population must realise and debunk the notion that they will form the leadership tomorrow. The political space is still dominated by the same politicians or their protégée for more than thirty years. They do not look to be retiring and will not leave without some form of contest. Second, the entire ideas that politics is a dirty game need be jettisoned. These are preconceived notions to scare and limit political participation; the youth must get involved, support each other and contest in elective positions.

There is need in Nigeria among the youth to have an affirmative action for young people to form a certain percentage in public office. The youth can learn clue from the affirmative action for women. To achieve that, our young population need to leverage opportunity as created by Genvoicesto aggregate and articulate their interests and form them into whole. Young people around the world are drivers of changes in their countries, with the combine use of technology and social media the young population can determine and shape governance in Nigeria. Nigeria may have internal problems of with religion, tribes and regions, but in reality these are never the core of the problems in Nigeria only that the politicians have exploited and benefited from the use thereof without strong opposition of certain level of awareness from the youth. If only the young generation in Nigeria decide to stand up and act today, that way the youths are able to tap into the opportunities as created by growing party defection and only a conscious young generation can step out at a time like this.