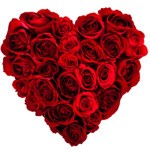 Sule Taribo Olowolayemo a.k.a Baba More-Money asked me what to buy for his new girlfriend, Ramota Arsenal-fan Alatasuesue on Valentine’s Day. “Ayo, I love Ramota girl very much and I really want to express my love for her this valentine. What do you think I can buy for that babe to render her excessively grateful?” He said. I looked at him through a pair of Ray Ban spectacles, “Bros, Nawa for you o! When did you just meet that one? Was it not last week Thursday that you two met at Pa Kuruyejo’s funeral? Haba!

I know Sulaimon or Mr More-money as a sweet-mouth and an unrepentant Casanova that lives on Voter’s Street in Lekki Phase 1. The extravagant old guy has been hanging around the corridors of power for some decades and he was revealed as one of the richest people in Africa few years ago. We do not know much about him except that he is a politician that has a wife and children overseas and somehow owns enough money to go and club in Las Vegas every Friday night. We do not know the history of his businesses or where the start-up funds originally came from. But we see some untouchable co-politicians visit him every now and then. Mr More-money, as we call him, is addicted to sex, poker games and juju powers. We, his neighbours, also know that he can pay for an acre of land in Banana Island just to get a beautiful woman into his bed overnight. He has proven that to us many times. More-money also mistakes lust for love and he takes pride in his long record of sexual conquests. He holds no respect for women because he believes, and has indeed proven to us, that he can get any woman he wants –so far she is a human being.

But I had decided to make him have some respect for women by interfering in his affairs, at least once. So, I said to him, “Mr More-money, it is unfortunate that this valentine, you will not have the room to use and dump that Ramota girl. Your days of deceiving ladies are fast coming to an end.” He was shocked and instantly asked me to make a bet. I refused his offer and he already knew that I would refuse. So, he said mockingly, “Mr Patriotic Nigerian, you dey try me abi? I go show you say no lon thin dey for Ramota. Hehehehe!” He paused to check a new ping on his Z10 and returned his face to me. “You think any young lady will reject the gift of a Sports Range Rover and an invitation to a five-star hotel ehn? Young man, you better wake up and stop dulling yourself! You know what? I will even record her nakedness in the hotel room and play it for you boys when I return.” Then, he pulled at his moustache slowly and beckoned at his driver.

I felt like I had endangered Ramota’s dignity and wished that I could somehow see her again to warn her. When I ran into her at a super mall some days ago, she had asked after Mr More-money and I advised her like I would do to my sister saying, “Please avoid meeting with Mr More-money during valentine. But if you must be around him, make sure you are careful, wise, conscious, self-willed and absolutely priceless. That old man is quite dangerous. He would go to any length to do anything.” Ramota had asked to know why I was warning her about someone she saw with me at a party. I had told her that we were simply neighbours and the man whose burial we both attended actually lived in-between both of us in Lekki. I also told her that she would understand my reasons later on, if she exercised enough patience.

It is no secret to all the boys on our street in Lekki that during the days that would lead to February 14 of each year, Sulaimon’s yarn for sexual activity would grow towards its peak. He would become desperate and restless, eager to do anything to be the elect. As such, any lady that dare makes herself available during the hours of his highest desperation or the day of election must be careful, wise, conscious, self-willed and priceless.

To be continued in part 2 (the final part)

Ayo Morakinyo is a commonwealth youth correspondent that coordinates thoughts at www.detemplations.com and leads tweets and re-tweets through @detemplations.