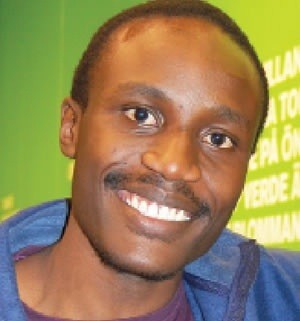 Last week, I watched a CNN feature on the new railway freight service from Chongqing in China to Duisburg, Germany. Spanning 11,000km, across six countries – China, Kazakhstan, Russia, Belarus, Poland and Germany – the service allows manufacturers in China to move their products to Europe in 15 days, half the time it takes by sea, and at a fraction of the cost of air freight.

Not unexpectedly, my mind went to Nigeria, and our tyranny of low expectations and high mediocrity. We are cavemen with eyes on the ground, dancing around small fires, while the rest of the world is laying claim to real estate on the sun.

Things have become so bad that we’re forced to celebrate the resuscitation of a railway line that the British first completed a hundred years ago (Ignore for a moment the fact that the President has just appointed, to oversee it, a man who’s almost as old as the railway line itself). And no, we’re not celebrating its upgrade to high-speed status. We’re deeply satisfied that it’s still running – that’s the standard by which we measure “transformation” these days.

And then to crown it all, we’re forced to endure petulant lectures from the President’s spokespersons, about how we should bow down and praise his name to the highest heavens for reviving the line. As though he’s elected to do us all a favour.

I recently came across the Vision 2020 document. Here’s what it envisions, in road transport: “For land transport, the government will construct eight major roads (6-lane at the minimum) to link the extreme ends of the country e.g. two (2) diagonally: Maiduguri-Lagos and Sokoto-Calabar, two (2) across the country: Kano-Port Harcourt and Ilorin-Yola and four (4) spanning the borders of the country: Sokoto-Maiduguri; Sokoto-Lagos; Lagos-Calabar; Calabar-Maiduguri; and also Lagos-Benin-Onitsha-Enugu-Port Harcourt.”

Isn’t that interesting? Just imagine if, after 15 years of democracy, we could boast having accomplished the road vision outlined above. By my estimates, the total length of those eight roads comes to less than 10,000km. Is that too much to accomplish in 15 years?

Yes, by Nigerian standards. Expecting 10,000km of new highway in 16 years would be asking for too much in a country that in 15 years has not quite managed to fix the less-than-150km Lagos-Ibadan Expressway.

As of 2010, India was building 9km of roads per day (3,000km per annum; 12,000km in four years), with a target of 20km/day. I need someone from the Federal Ministry of Works headed by Mike Onolememen to tell us how many new kilometers of highway Nigeria has added in the four years since Mr. Jonathan became President. Let’s start the 2015 election conversation from that point.

Ditto housing. Let the President come and tell us how many houses have been built in the last four years, considering a national housing deficit of 16 million units.

Whatever happened to big ambitions, and to the big will needed to stand by those ambitions, against all odds and vested interests?

I imagine one key question around the issue of ambitious infrastructure will be funding. How will Nigeria fund the construction of 10,000km of roads and one million low-cost housing units, over, say, the next 24 months?

My answer would be a peculiarly Nigerian one: How are the other emerging economies funding theirs? Why can’t we do whatever it is they’re doing? How is Brazil managing to build more than a million new homes per annum? Do its leaders have two heads?

Let’s not forget that we’re a major oil producing country, awash with petrodollars. A country that can spend as much as we’re spending on militants shouldn’t be complaining about funds for big road or housing projects. I’m convinced that the money Nigeria is currently leaking – from fuel subsidy scams, oil theft, and NNPC brigandage – is more than enough to pull off a good number of construction miracles.

At the weekend, I attended a meet-the-candidate session with Sam Nda-Isaiah, Publisher of LeadershipNewspapers, and the first person to declare his 2015 presidential ambition (on the platform of the All Progressives Congress). He touched on an important theme: The concept of ambitious thinking; the sort that transformed Dubai and Singapore from backwater lands into what they are today.

“This is a time for big ideas and history-changing endeavours,” Nda-Isaiah said. He convincingly argued that Nigeria’s Presidency is powerful enough to accomplish anything it sets out to do, as long as the occupier of that office “really (means) it…”

One major problem with the current occupier of that office, however, is that beyond vague references to “transformation”, one never gets a sense of what his personal vision for Nigeria is.

His commitment to that invisible vision is even more invisible. Just like during the Umaru Yar’Adua days, it sadly seems like President Jonathan is just one of the several people running Nigeria. If the buck stops anywhere it doesn’t seem to be anywhere near his table.

Instead of the Presidency to take the steps to convince us otherwise, it is resorting to the classic game of distraction. The Board of the National Distraction Commission has been reconstituted, and it is working assiduously to fulfill its mandate, the linchpin of which is this so-called “National Conference”.

I find it absurd that the government is showing seriousness in the matter at this time, barely one year to general elections. This is something that should have happened two years ago (with the same presidential commitment that was wasted on the ill-advised fuel subsidy removal).

The President and his people are probably counting on the fact that this N9bn Jamboree (“Big Brother Nigeria – the Government Edition”) will keep us all sufficiently entertained/distracted until the middle of the year, when the World Cup will take over.

Since it doesn’t seem like there’s anything we can do at this time to shoot down the conference idea, the best we might be able to do is refuse to be distracted by it, and insist on keeping alive the conversations about the things that really matter at this time: The parlous state of transport infrastructure, the power sector reforms, housing issues, unemployment, etc.

Why, you might ask, am I focusing exclusively on the Federal Government? One, because it gets the biggest chunk of Nigeria’s resources (52 per cent of the Federation Account goes to Abuja, leaving 36 states and 774 local governments to share the rest). Two, because, as the highest level of government, it has a moral responsibility to set a good example for the rest to follow. When Abuja is behaving irresponsibly, or like a Federal Government trapped in a Local Government mindset, why should we be surprised when the states follow suit?

Nigeria is not going to magically become a country where things work. We will have to make it happen by the choices we make and the seriousness we show. For now, we are busy celebrating the fact that the world thinks we are MINT-hot. But we can’t live off “potential” indefinitely.

I met a Rwandan journalist in Lagos at the weekend. He told of how Nigerians are now flocking to Rwanda, to invest in agriculture (coffee farms), attracted by the ease of doing business there. It takes 48 hours to register a business. There is none of the obnoxious multiple taxes associated with Nigeria. Corruption is not a beast the President openly feeds. And the visa-on-arrival policy actually works.

A few years ago, Nigeria announced a visa-on-arrival policy for business visitors. If you’re a visiting businessperson and you believe that you can show up at the Murtala Muhammed International Airport, Ikeja and expect to get a visa, just because the government has said so, I’ve got a small ocean I’d like to sell to you.

Things like this explain why Nigeria is ranked 120th out of 148 countries, in the World Economic Forum Global Competitiveness Index 2013-2014; interestingly, 54 places behind Rwanda.

At the moment, there isn’t much compelling evidence that we are a serious country. If we find ourselves irredeemably left behind by the rest of the world (starting with Ghana three doors away), we shouldn’t be surprised.

It will be a well-deserved fate, no doubt.

Views expressed are solely the authors. This was first published in Punch Newspapers and is re-published here with permission from the author