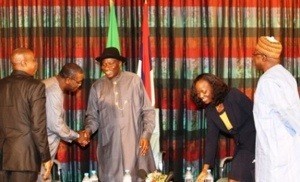 Ok let me be frank! I never expected anything good to come out of the presidential media chat and from evidence available, I was not disappointed. It was obviously a well-scripted reality TV show. Even if you somehow convince me it wasn’t scripted, well at least the “so called” panelists asking the questions were scripted. Mind you that comment is a compliment to them because what I really wanted to say was that they were so inept and incompetent. The questions were so un-intelligent, some read straight from written scripts and no follow-up questions.

I have always held the view that if you really want to do a media chat, do it the way most Presidents the world over will do. Get out in the open and do a press conference in front of local and international media from the Print, TV and even social media. Spend two hours taking questions from journalists the world over and be prepared to answer follow-up questions even if you have to be interrupted. That’s the way it is done. I can’t ever imagine Obama, Hollande or David Cameron sitting lazily in a chair being grilled by half-baked media persons who do not know how to phrase a simple question. If these guys need to talk to the press, they come out in the open, in front of a pulpit, make a short statement and prepare to answer all questions unscripted from the press.

But hey wait! Our president is no Obama right? So why compare? Some will say that’s an unfair comparison. REALLY???? Who does he want to be compared to then? Gaddaffi? Common! We model our presidential system after the US, we even model our driving by US standard…even our footballers like to talk like Americans , so why can’t our President also emulate their President in “How to Give a Media Chat?”

So in a nutshell, for me, it was a disaster. Someone asked “what did you learn from the media chat?” My initial reaction was NOTHING! ZERO!! But on second thought I realize I did learn some things and I have tried to point them out.

1)    Our president does not make projections on projects. – How else do you want me to interpret his statement on the power question – “I usually do not give figures when I speak about the issue?” Are you kidding me?

2)    Borno People are OYO [OYO means On Your Own] – I pity the people in this state especially the almost 300,000 people that voted for GEJ. Not only was nothing said about fate of the 20 kidnapped girls and the massacre, the president actually threatened to remove the military as some kind of test to show they are working. Why? Because he didn’t like the way (an obviously frustrated Gov. Shettima) spoke with the press. Gosh!!! Am in a bad dream…somebody please wake me up. Which father (or mother) would threaten to strip his son naked in a market (in the middle of winter) just to teach him a lesson of “how not to speak with strangers”? Such parent irrespective of what the child has done will be considered INCOMPETENT and a  COMPLETE FAILURE.

3)    The 20 billion Dollars is gone – It’s gone patapata! The president basically was the best defense lawyer for Diezani (the minister of petroleum). By one fell swoop, he denied the existence of a presidential directive on removal of Kero subsidy on a “technicality” ….the fact that it was not announced. No presidential directive, no missing money – Case Closed!

4)    The President is God – Why would I say that? Because he claims to have absolute powers. Now you might not agree with me but in my universe, that’s equivalent to Olodumeare. Of course he has the power to choose who to suspend while investigations in on-going. That is why Sanusi can be suspended and Stella Oduah remained as a minister whilst under investigation. Great Logic Mr. President. We know by scripture that God has mercy on whom He wants to have mercy on right? So GEJ as an exercise of his absolute power deemed it okay to retain the former Aviation minister whilst an investigation (he had ordered) was underway but not so for Sanusi. What inconsistency!!! So does anyone out there still doubt my claim that he is God?

I learnt a couple of other things like the fact that the Break-up of Nigeria will not be discussed at the National Confab and that there will definitely be elections come 2015 since the submissions of the Confab will be implemented by the next administration. I also learnt that in Finland, the president ceases to be a member of his party once elected and that the use of the word “anomalous” but one thing I didn’t learn was INSPIRATION. I desperately wanted to be inspired. I wanted him to tell us he will hunt down the killers in Borno and smoke them out of their fox holes. I wanted him to talk to the families of those that died to mention one of them by name if possible and tell them their sacrifice for a better Nigeria is not in vain. I wanted him to address the Parents of the 20 Kidnapped girls and tell them their daughters will come home. I wanted him to say…WE WILL NOT BACK DOWN and not “we will get over it”. I wanted to believe instead I felt bereaved.

We will continue to pray for this country and for the Govt…..but please excuse me when I ask – What did we do wrong to God to deserve this kind of a Leader?

Yinka Ogunnubi @YinkaNubi on twitter, wrote in from Lagos, Nigeria