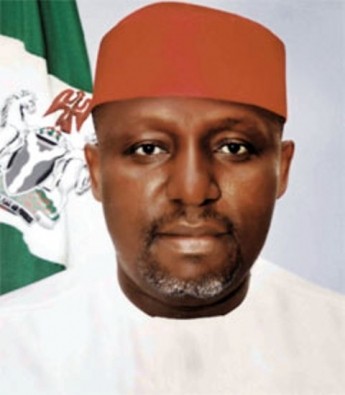 Earlier this week, there was a news reported by one of the national news media that Imo State government had deported a hefty number of 84 people back to their home -Katsina State- for the fear that they might be members of the dreaded Boko Haram. Further investigation reveals that those people of whom mostly are youth had been in the state for just eight (8) days undergoing skill acquisition training in one Imo College of Advanced Professional Studies (ICAPS).

According to the report, the Peoples Democratic Party, PDP, in
the state raised the alarm that they might be Boko Haram insurgents and so the government was left with no option than to send them packing ‘safely’ back home.

Now, this reminds me of the Lagos State deportation Saga that happened last year in which the Lagos State government deported some Igbo ‘destitutes’ back to their home – Anambra State – of which of cause all well meaning Nigerians condemned in the strongest term and in its totality. A lot of people (including many Igbos) commented on the issue, then. I wonder why it will be any different now. Or is it only Igbos that can live freely anywhere in Nigeria?

Constitutionally, every Nigerian has the right to live freely and with out intimidation anywhere in the country and so I wonder why a state government which should have known better will deport students because of some mare allegations.

I found the reason for the deportation as the fear on the side of the government that people could descend on the innocent students as even more laughable. A reasonable government is suppose to be strong enough to protect and provide enough security to its citizens and I see no reason why it could be any different in this case.

For the information of the general public, students can never be Boko Haram members because clearly, these two are opposite to each other. As we all know Boko Haram literary means ‘western education is forbidden’ and the sect has proven that by its numerous attacks on students and in schools. So, I couldn’t even understand why some innocent students will be termed as Boko Haram members in the first place.

Finally, just for the sake of argument, let’s all agree that those students are actually Boko Haram members. What were they- government suppose to do? Were they  suppose to deport them back home? Or really! Why will a government deport a terrorist or any criminal for that matter? The rational thing was for the government to catch them and charge them to court for justice to prevail rather than to deport them. A terrorist living anywhere in the world is a threat to everybody. Except if Imo State is now telling the whole world that any Imo armed robber or prostitute or any criminal for that matter arrested anywhere should be deported to them back home.

With this, I urge all well-meaning Nigerians to condemn this barbaric act by the Imo state government which of cause is posing a great threat to the unity of our dear nation. And from all of us Katsinawas, we demand an apology!