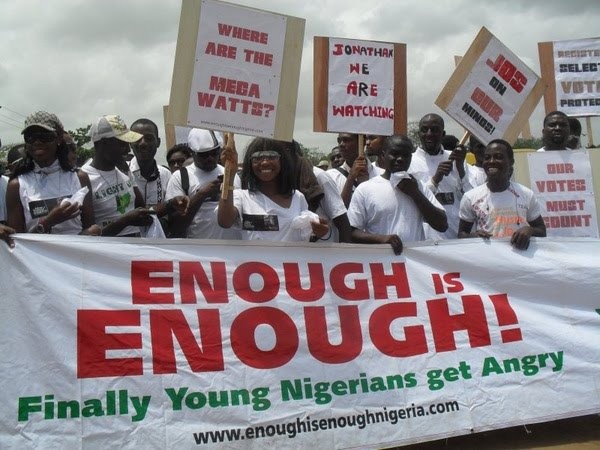 The next elections are just a fresh calendar away. And so far the chaos of our choices is loud, sufficient for even a stubborn optimist to admit to the cynicism of citizens who have long predicted another case of our vulnerability to polarisations. Observing the ongoing political drama, and interacting with fellow Nigerians from across various parties, religions and ethnic groups, validates the fears of the cynical.

I have challenged such cynicism on reading a commentary on the evil that is democracy in Nigeria by the poet Khalid Imam, who expressed a view shared by many Nigerians, thus:

“Politics is amoral! Politicians always defecate on the mat of morality. Politics is but a war fought by politicians to satiate the greedy … ogre they always worship. At whatever cost, what matters most in politics is the protection of present selfish interest and having an assured relevance in tomorrow’s political games. Nothing more, nothing less. Today, politics seems to be about self, for the self and the self alone. The dramatic defection of politicians from one party to the other is all motivated by selfish interest, not common interest of the majority. Democracy is insane as it always serves as a reliable vehicle for transportation of capitalism and godlessness to every clime. May God save the poor from the hands of his foes parading themselves as his leaders.” – Facebook (31/Janauary/2014: 16:59)

With this mindset, I highlighted, how would we redeem the system? Isn’t this defeatist? Aren’t we all politicians in our own different ways?

I think that this “politics is a dirty game” perception is the reason we’re still unable to rescue this country. These politicians are humans, like us, and thus I referenced Hon. Abdullahi I. Mahuta of Katsina State House of Assembly, our mutual friend on Facebook and a politician who has defied the logic Khalid appealed to in that post. Hon. Mahuta has shown us the merciful side of politics, and has paid a price as a victim of the game, for challenging flaws in budget allocations as the Minority Leader of the State Assembly—that allocations to named schools were not as proposed by the Governor. For this heroism, he earned a suspension.

But that isn’t what makes the Honourable Member a hero in my books. He also champions an advocacy called “Ni ma na yarda”, as reported by columnist Auwal Sani Anwar, that challenges public office holders to have their children enrolled in public schools, and his own children are already in these under-funded schools. This pro-education advocacy, expected to have adequate attention drawn to our structurally and academically collapsed public schools, will also demystify class divides, rousing the essence of a generation of the haves and the have-nots existing along blurred social strata.

You may think that the memories of all we have witnessed and experienced, including the disappointing stink of this government’s Fresh Air, may be hard lessons for us in this last year of a disastrous term? But our attitude indicates otherwise. Our attitude to the activities of the opposition parties and the stunts of candidates who have shown interest in the race to Aso Rock so far, assure me that we are still not serious, and for this baffling un-readiness to get it right this time, I ask: what do Nigerians want?

Obviously we don’t know what democracy is. Yet. We have taken democracy for a magic wand that makes everything all right with a streak of our criticisms from our air-conditioned rooms and offices, tweeting randomly against communal troubles that are also our responsibility to eliminate. This hatred towards, or misperception of, democracy, acquired from our history of misbehaving politicians, is no doubt the cause of this chaos in reaching a consensus on what we want, who we want, and how we want it realised.

Sometimes, the most stones are cast by the actual sinners: our journalists. Though it’s advisable for our journalists to remain reasonably objective in covering and gauging the pulse of the nation, this is hardly the case. Our journalists are more ethically confused. They preach against corruption, yet they won’t cover your story if they’re not paid. And the fact that they expect private citizens to not get involved in the political process, considering such as a compromise, is a disturbing delusion. Private citizens should free themselves from the lie that they are not allowed to express public support for candidates in whom they see their hope of a new Nigeria.

The second set of Nigerians that must never be our models are some of these critics overseas whose ideologies hardly encourage citizen participations in our political processes, as such is seen as complicity in the looting of the country. Some of us have been hoodwinked into adopting their “never join politics” development thesis as we celebrate these consistently loud voices that quote Karl Marx and Adam Smith in vilifying an entire nation for the sins of a few.

We are different from them. We are the direct victims of any failed political experiment, and screaming and writing about failed governments without struggling to infiltrate the ranks of our “laboratory politicians” whose incompetence cause these troubles means we are complicit in the fall of this nation.

If a UK-based critic, for instance, sets fire to his green passport, out of disappointments in Nigeria, it’s understandable. He has another home. You don’t. There’s a limit to his participation in the evolution of our democracy. You live in Nigeria, and so you must walk the talk!

So, dear countrymen, we have to change our methods of engagements. Politics is not as dirty as the fabric of the hypocrisy we exhibit in boycotting the system. Yes “all politicians are thieves”, but I have not seen your poster, nothing to tell me that you’re in the race. How can I vote for you, sir? Your absence, my most reverend saint, means my vote is invalid. May God save us from us!