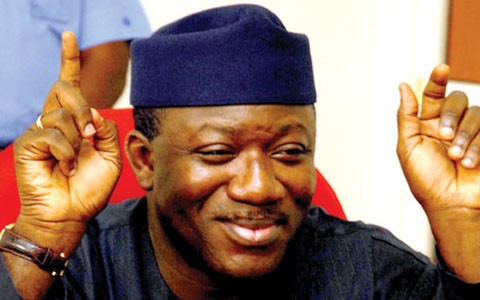 [highlight]We can castigate the attendees for the double standards and the hypocrisy. However, to expect that they shouldn’t have been reimbursed in the place is a travesty of morality[/highlight]

How fetching it is for Tola to remind me of why I fell in love with her in the first place. That mind, good God, that mind.

A few addendums to the initial points:

Inferring from the above, attendees refusing to collect money would not have been a matter of integrity, but simply an exercise in charity. I mean, you bear those expenses on your own just so you can say you have integrity? No. You are a charitable person. Let’s make that distinction crystal. To thus cast a shadow on the integrity and honour of everyone that attended, as in the manner that Tola’s first article did, was a great disservice to all. For those who refused to get paid to display some sort of moral uprightness above those who received money is just hypocritical.

In Tola’s response to my article where she clearly distinguishes between the different kinds of bloggers, [ read 50k Advertiser or Bloggers – Tola Sarumi ] she unwittingly lends credence to the fact that her first article betrayed some generalisation. Thus the expectation she had of a Nedu Ekekee shouldn’t have been same for a Linda Ikeji.  For the sake of argument, will a Feyi Fawehimi, Omojuwa or Ekekee, despite their editorial independence, be indicted for receiving money whilst clearly stating that the piece is a Featured or Sponsored article? They may not do that but does it make them morally superior to those who will? So wherein does the dishonour come from?

For the purpose of clarity, it is important to note that mainstream journalism is not bound by the same rules as the evolving stream of journalism famous on social media. So while these lines are blurred, it will be foolhardy to begin to chastise everyone for not having honour.  If we do a deep dive, the Ekiti state governor short-changed the attendees by the abysmal treatment and the puny fees.

Indeed, we have no one to blame for this. The attendees were naïve in the first place. If the initial piece was a discourse around how the money was too much, I would not flinch. We can discuss the amount (which I still think is small). We can castigate the attendees for the double standards and the hypocrisy.

However, to expect that they shouldn’t have been reimbursed in the place is a travesty of morality.

Uche Briggs’ initial article can be found here , it was a response to Tola Sarumi’s article  here