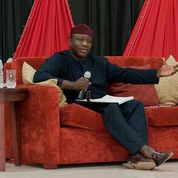 “I am going to tell you a bunch of lies on this trip. Your job today will be to disprove each of those lies”, said Mr O’Seun Odewale (Popularly known as Egghead, or Eggheader), the Deputy Chief of Staff to the Ekiti State Governor (Dr Kayode Fayemi); with a tinge of humour and a tongue firmly tucked in his cheek; as the bus negotiated the snaking and undulating Ekiti terrain; complete with its picturesque and panoramic views.

His audience was a posse of critical and acerbic social media influencers, bloggers and activists who had been invited at the instance of the Ekiti State Government to have a first hand feel of the modest strides of Governor Kayode Fayemi across the Ekiti landscape since he took over the reins from his predecessor in the summer of 2010.

Mr Odewale’s opening remarks on the bus ride worked a treat: for while the Governor has set the State on the path to irreversible progress, the slew of uncompleted projects and spades at work everywhere the Social media team turned up, would soon prove that Ekiti State was still (in every sense) a work in progress. 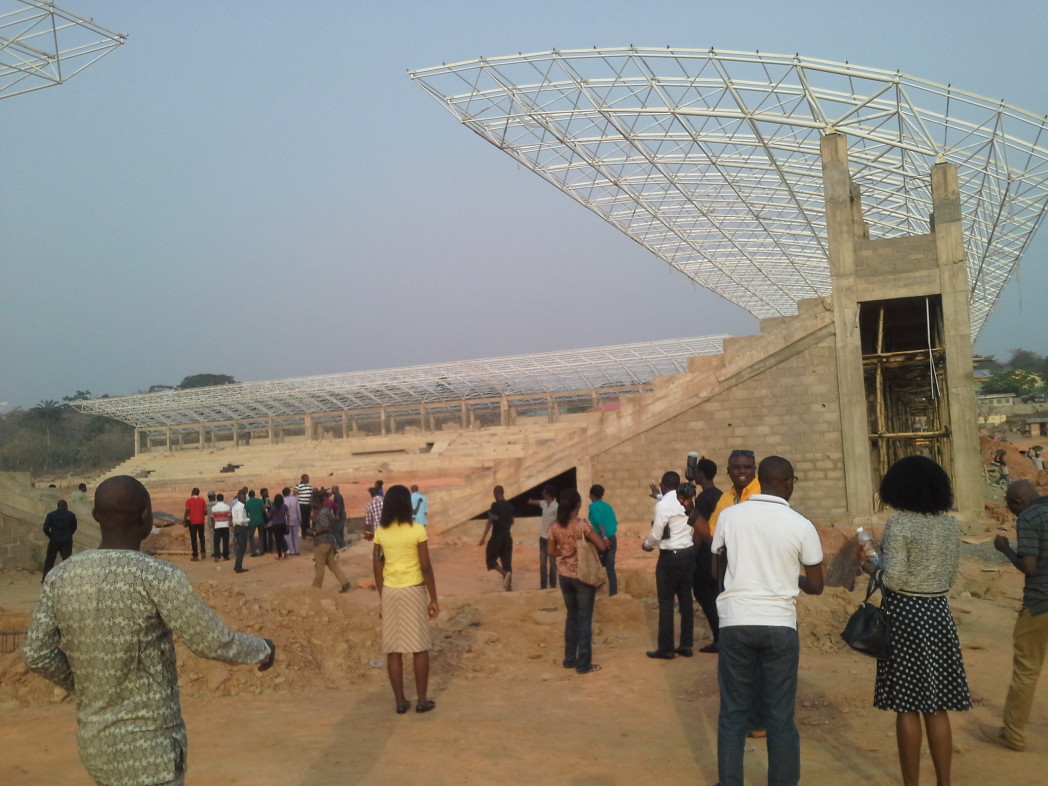 The first port of call for the team was a 12,000 capacity pavilion primed by the State Government as the event center of first choice across the State. “This will be our own version of the Eagles Square in Abuja and would turn out to be a source of massive revenue for the State Government”, chimed Mr Odewale. Adorning the rustic Ado-Ekiti skyline, the gigantic edifice sits on NTA road with its archs cuddling the four corners of the earth. He observed that the state lacked such a spacious facility to accommodate the crowd of people who throng into the capital for events like the symbolic Nigeria’s Independence Day anniversary, which incidentally is also the date Ekiti state was created in 1996. Events like the annual children’s day will also be hosted at the pavilion. As a way of reminding his guests of the capacity of the edifice to attract revenue to the state, Mr Odewale inferred that some big churches had already started making enquiries about the pavilion’s completion date so as to host their numerous church crowd-pulling activities at the pavilion.

In line with its infrastructural improvement drive across the State, Governor Fayemi is also erecting an ultra modern civic center just across from the Governor’s office. When completed, the civic center will have a museum and a modern library within its bowels. The ground upon which this massive building stands used to house a prison, a possible pointer to how far the times have flown in Ekiti.

The government has also undertaken a massive road construction and rehabilitation drive with 1300km of road network now running smoothly across the State and opening up largely agrarian communities to ready markets. “As we drive along, anywhere you see any pot hole, please call my attention to it.” Mr Odewale boasted. The challenge was a bold one. Once in a while, the buses ran into some minor pot holes, and a couple of the participants made verbal notes of same. At the interactive session with the governor, he was taken to task on the pot holes, to which he admitted attention would be channeled before the expiration of his term.

“When I assumed office in 2010, my first task was to make Ekiti State as motorable as possible, because with good roads we knew we could open up our economy. We are a rural State with smaller communities emptying into even more smaller communities. The roads were in deplorable states when I set out to work and you can see that at the moment, only a few potholes litter the State. We’ll keep improving our road surfaces in the nearest future”, said Governor Fayemi.

The Governor is also working at getting the health and agriculture sectors right in a bid to make good use of the N20bn (twenty billion naira) fixed rate infrastructure development bond issued under the Government of Ekiti State “Bond Issuance Programme”. An ultra-modern specialist hospital inherited from the previous administration is nearing completion in Ado-Ekiti and a diagnostic and wellness center tasked with tending to mammary and pulmonary cancer issues (instituted in memory of the late former Deputy Governor of the State) is now running on full steam. In Agriculture, the State Government has flagged off a mechanised farming scheme which deploys modern irrigation and agriculture techniques, establishment of skill acquisition centers across the State to train Ekiti youths in various aspects of Agriculture and the promotion of cluster farming where 100 hectares of land are provided by each local government area to empower 20 farmers therein. 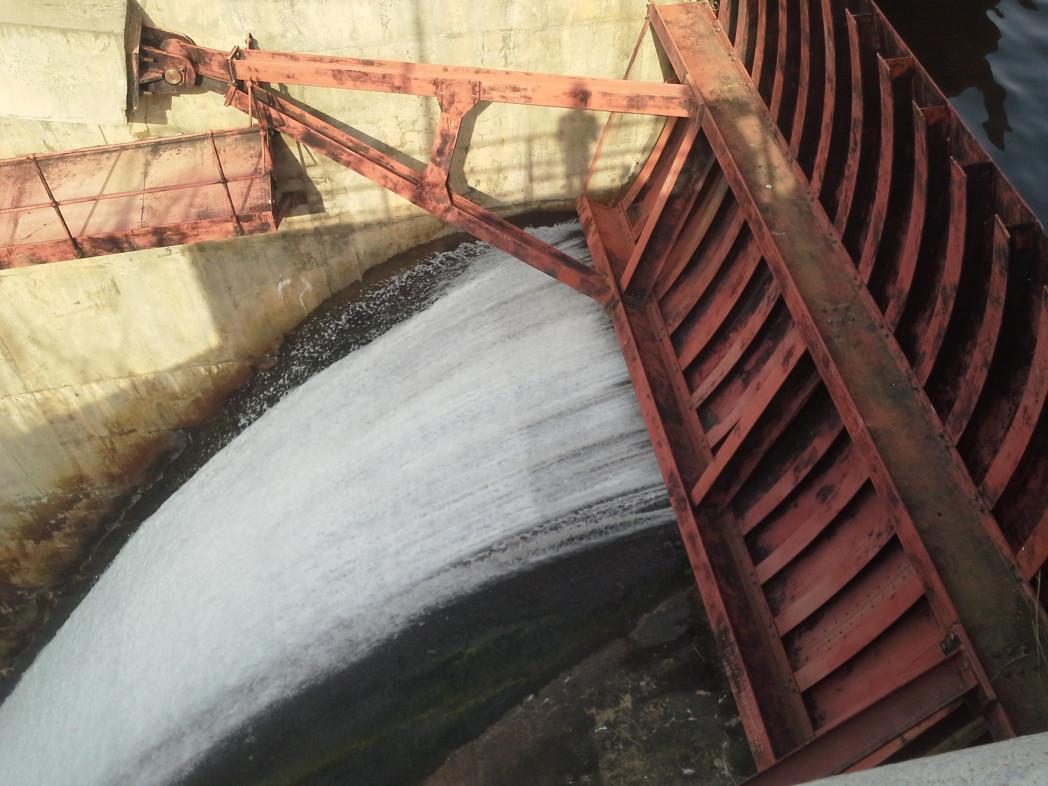 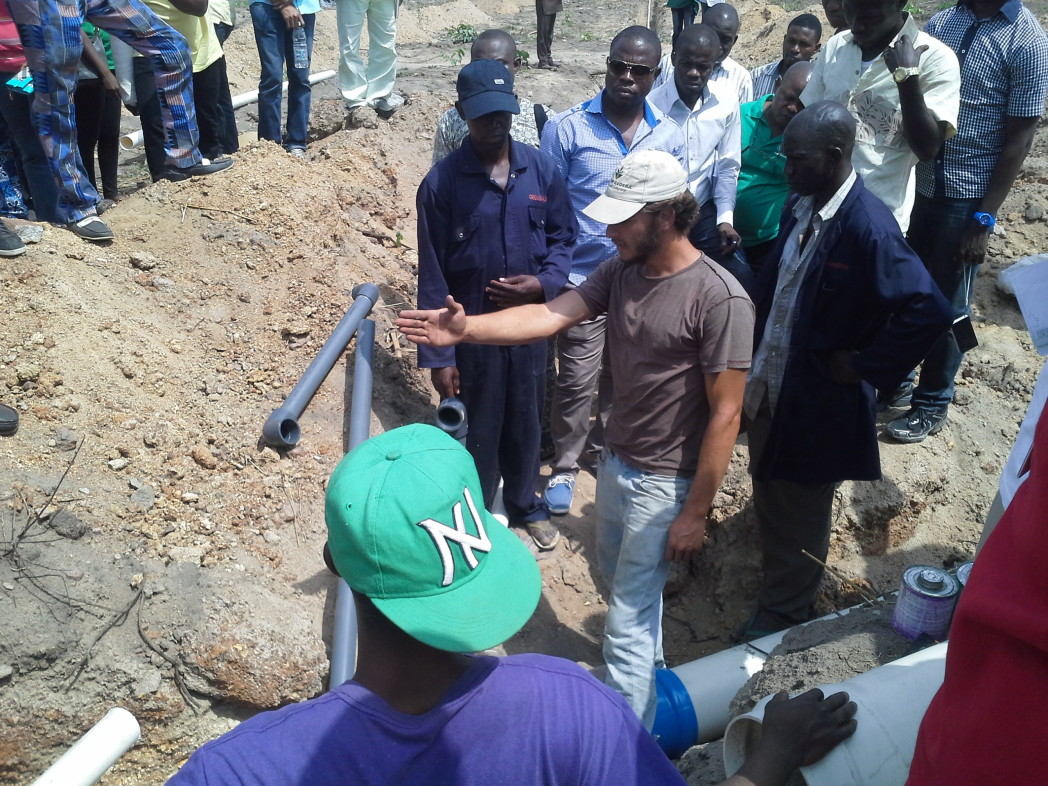 “We pride ourselves as the Agriculture hub of the South West region. It is not for nothing that Ekiti is referred to as the pounded yam capital of Nigeria”, said Egghead Odewale with a toothy smile. “Our administration is focused on honing the comparative advantage of our State and empowering local farmers with modern farming practices in order to contribute our own bit towards Nigeria’s food sufficiency drive”. 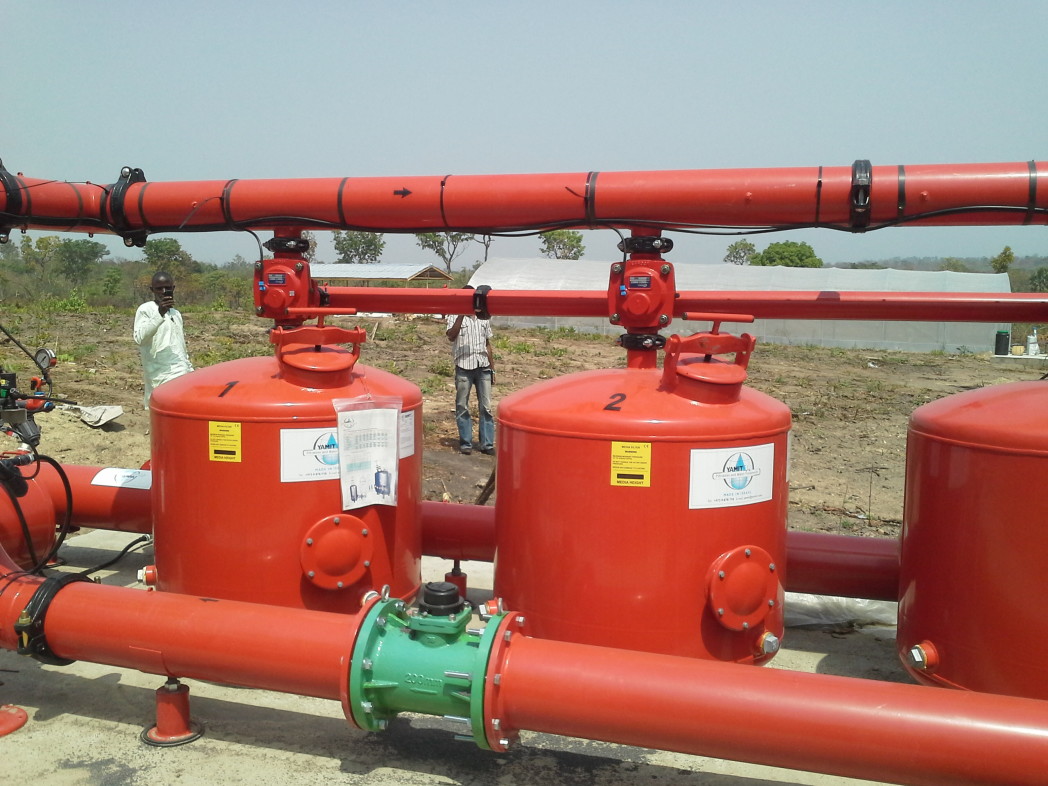 The Itapaji and Ero dams are a boost in that food sufficiency drive. Lying moribund before he came on board, Governor Fayemi has revived the Ero Dam and has his sights set on achieving a similar feat with the Itapaji Dam–the overarching goal is to irrigate farms and supply homes in the State with water for varied purposes.

The Ekiti State Government has also procured and distributed 30,000 laptop computers to students and 18,000 laptops to teachers of public senior secondary schools in the State.

“The laptops are given to students from SS1 to SS3 across public secondary schools in the State and are internet enabled and fitted with e-Textbooks. The challenge we face now is that some of these students use the laptops to consume pornographic materials online”, bemoaned Mr Odewale.

As we drove, we sighted from distances refurbished and, as we were further informed, newly constructed blocks of classrooms in many secondary schools: beautifully painted with modern roofs. Of the refurbished ones, those originally built by parastatals or agencies other than the state government had the names of their original financiers boldly inscribed on them, leaving you with the impression that this government may not be all about attention seeking after-all. That impression got confirmed when the governor said at the interactive session that they would be shooting themselves in the foot if they refused to complete projects that were flagged off before them just because of political differences.

For all his visionary and hands on approach to leadership, some Ekiti denizens still think the Governor could do much more for Ekiti—the folklore land of the rolling hills.

Mr Kayode Olatunde and Esther Moradeke—farmers in the Okemesi community of Ekiti State—are of the opinion that the Governor hasn’t reached his 8 point agenda destination just yet;

“He is obviously doing well. But we will want him to also focus on provision of potable water and improved seedlings to local farmers to help us produce better yields”, they said.

Prince Ademola, another citizen of Ekiti, gave the Governor some knocks;

“He keeps talking about his 8 point agenda but apart from the Ikogosi Warm Springs, he hasn’t really taken tourism to all of Ekiti. Again, the Ekiti State end of the Osun-Ekiti road around the Ilesa axis is in such a bad state. For a Governor who wants to leave smooth road surfaces as a legacy, that has to be a huge blot on his score-card”, said Mr Ademola.

But Jasper Ogunkuade, a college student who hails from the Ikogosi community of the State, thinks Fayemi’s critics are just being unfair;

“Yes, he could and should do better. But our State is coming from a place where nothing was on the ground before Fayemi became Governor. The Fayose and Adebayo administrations didn’t lift a finger towards addressing infrastructural challenges. Our people are appreciative because at last, here comes a Governor who means well for his people. He may be hamstrung because of the meagre allocation due to the State from the federation account, but at least he’s making slow and steady progress”.

It was a view echoed by Mr Adeleye Olajire, a business man;

“I think Governor Fayemi has done well. If you had visited Ekiti State before 2010, you would appreciate the modest gains he has recorded here. For the first time since our State was created in 1996, we are beginning to feel like we have an amiable and well read Governor who genuinely cares”.

But even Governor John Kayode Fayemi (JKF) admits there is still plenty of work to be done before Ekiti State is mentioned in the same breath with its more illustrious peers;

On the drive from Aramoko to Erijiyan, a thousand potholes and craters ensures the first time visitor endures a bumpy ride en route Ikogosi Warm Springs resort. “Government don forget us for this side“, said the commercial bike rider; with a smirk and plenty of resignation. For folks like this, Ekiti State’s much touted infrastructural improvements will never feel close to home—a pack of upwardly mobile social media influencers or not.