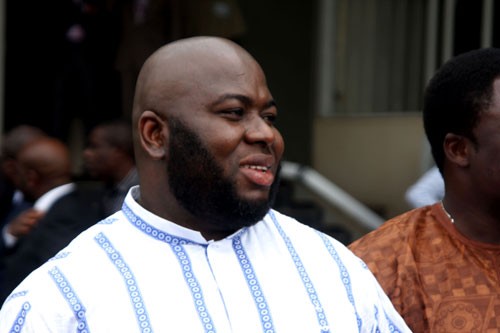 The leader of the outlawed Niger Delta Peoples Volunteer Force, NDPVF, Alhaji Mujaheeden Asari-Dokubo, yesterday reiterated that his kinsmen in the oil-rich belt would foment trouble if President Goodluck Jonathan failed to secure a second term ticket in the 2015 presidential election Asari-Dokubo, in an interview with National Mirror, insisted that the people of the Niger Delta would make the country ungovernable if President Jonathan was not re-elected.

He also advised northerners not to seek election into the presidency on the platform of the ruling Peoples Democratic Party, PDP, and the main opposition political group, the All Progressives Congress, APC.

The militants’ leader, however, asked the APC to field a presidential candidate from the South-South to challenge Jonathan in the election. Asari-Dokubo said the people of the Niger Delta would not accept defeat of Jonathan in a free and fair contest, adding that the President must be allowed to rule for eight years.

He said: “If it is war the North wants, we are ready for them because Jonathan must complete the mandatory constitutionally allowable two terms of eight years. “At home, we have regrouped and we have put our people at alert.

In less than one hour, the way we would strike, the world will be shocked. “If anybody does anything against Jonathan, we will retaliate. What we will do will shock the whole world. We will cripple the economy of the country not only in the creeks, but also on the nation’s territorial waters, no vessel will be allowed to enter Nigeria’s territorial waters.

“Let them not try anything. If they abuse Jonathan, there is no problem, he is their President but anything that will affect the interest of the Ijaw people and the interest of the entire people of the Niger Delta will be resisted at any cost.” Asari-Dokubo also vowed that the defeat of Jonathan in a free and fair election would trigger crisis. He said: “Jonathan cannot be defeated, they cannot defeat him, they don’t have the right, every part of the country must have equal stake in the presidency of the country.

“Let them go and sleep in their houses. If they don’t, they are looking for trouble and we are going to give it to them. “It will make better sense if APC picks its presidential candidate from the South- South. With that, there will be no battle for us to fight and it will make it easier for us. Whichever way it goes, it will enable us to continue our right of uninterrupted rule of eight years, which is the minimum constitutional requirement.

“They cannot take that from the South-South and we will not accept it because every part of the country must have equal access to the various institutions of government, especially at the federal level,” he added.

Asari-Dokubo also replied a former Minister of the Federal Capital Territory, and Interim Deputy National Secretary of APC, Mallam Nasir el-Rufai, who recently described him as a thug. He said that the former minister “is a political hustler who joined the opposition following his failure to secure patronage from Jonathan.”

Asari-Dokubo said that el-Rufai lobbied Jonathan through the Ijaw National Leader, Chief Edwin Clark, to secure appointment as Secretary to the Government of the Federation, SGF, and later as running mate to Jonathan in the 2011 presidential election.

He said that el-Rufai best fitted the classification of a thug, adding that the former minister did not add value to governance despite his “so-called first class degree from Harvard.” “What does he (el-Rufai) do as a political hustler apart from eating government’s money? What value has he added to the society with his education?

What has he contributed to the society other than stealing and looting? “When Jonathan brought him back to the country, he lobbied through Chief Edwin Clark to become SGF and later running-mate to Jonathan, he was wearing uniforms at Pa Clark’s place during the birthday of the elder statesman but he did not get anything from the government.

“When he found out that things are not working, he ran back to the opposition. It is sad that el-Rufai does not even know the meaning of a thug; he is the best description of a thug. El-Rufai is a thug because he strangulated the economy of the country. “Here is somebody who sold government’s prime assets in Lagos and elsewhere.

Where is NITEL and other nation’s strategic assets? They sold them to themselves and their cronies. These people are shameless,” he added. Asari-Dokubo had previously described Jonathan as a disappointment to the Ijaw ethnic nationality and the South-South in general for his perceived failings to in handling the crisis in the PDP by taming dissidents. He had said: “Jonathan is disgracing the Ijaw people and people of the South- South by negotiating with these dissidents. I am terribly annoyed by the way he is handling this issue, he is a disgrace.

If he cannot withstand them he should tell us because there is no basis for negotiation. “This is the time for Jonathan to act like an Ijaw man and he should stop disgracing us, he said in statements made by him in September last year.

The ex-militant leader, who is believed to have benefited from political patronage especially pipeline security contracts from the Presidency, had also claimed in July 2013 that the president had alienated his support base.

He had said: “I am ready and willing to help him in 2015 but there is something wrong with him (Jonathan), he has been hijacked by some people and he is not doing anything to remove them. Jonathan is not on course at all. Jonathan is destroying his presidency”.

“For instance, he got to power majorly by the support of the social media that is the vehicle in which he was brought to power but as I am talking to you today, he has lost all his Facebook fans.

He (Jonathan) is going down every day.” “How can he (Jonathan) deliver when everybody around him are sabotaging him? The people around Jonathan are vicious but somebody like me will not keep quiet to allow Jonathan to lead us to avoidable bloodshed.”