Channels TV is reporting that four Nigerian ministers have resigned. If confirmed, this will be unprecedented. See the Channels TV tweet below. The ministers some media houses like AIT and Metropole Magazine are reported to have been sacked include the Minister of Niger Delta, Godsday Orubebe,  Minister of State for Finance, Yerima Ngama, Minister of Police Affairs, Caleb Olubolade and the Minister of Aviation, Stella Oduah. Details later. 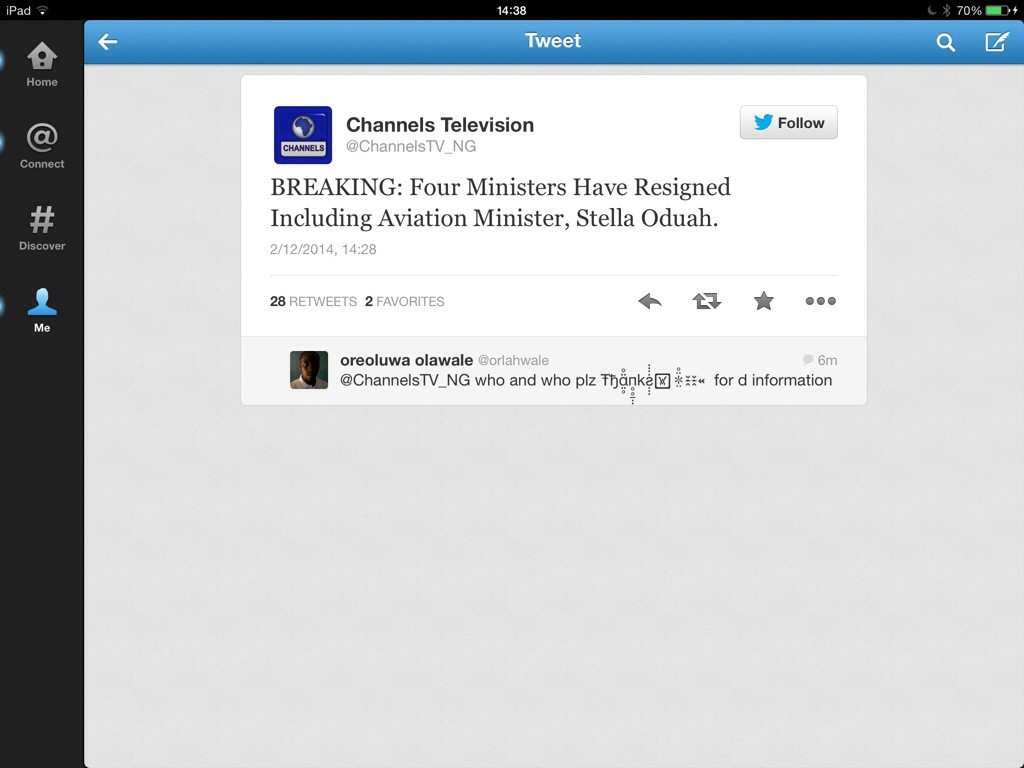