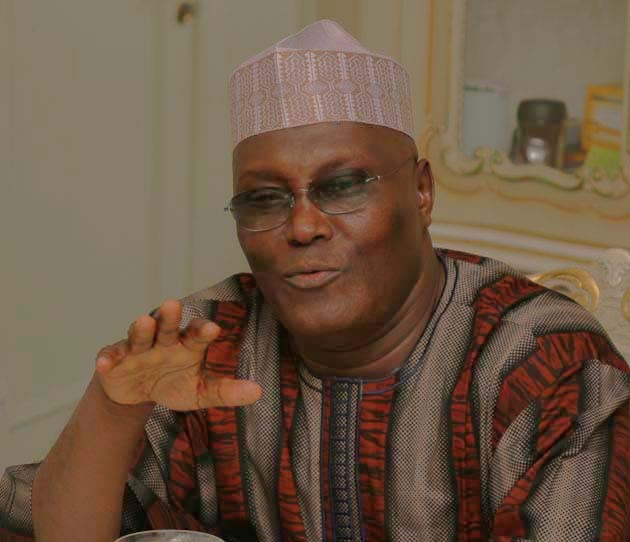 Back in the days, It would be laughable and hilarious for me to imagine that Atiku Abubakar will one day side with the Buharis as a party members. In my belief, those days, Atiku and whom so ever associated with Chief Olusegun Obasanjo are evil monsters; brainwashed politicians who entered politics “to be served, not to serve”. Obasanjo has many defects as far as am concerned. There was a time when Chief Obasanjo visited my hometown’s girls secondary school, and danced at the event. I found it very pesky and uncouth, even though I later agreed that it’s just for the sake of fun, Obasanjo lost respect to my eyes. Since that incidence and many more others, I ceased to respect the Ota Farmer and I just don’t know why and couldn’t find “why?”. That was how I perceived Chief Obasanjo and Atiku Abubakar is part of his political entourage. But now I view him – not with all his previous cabinet shufflers- more reasonably good enough, since he composed his 18-pages missal to our dear Goodluck Jonathan.

It’s indeed a source of triumph for all the APC henchmen as Atiku- one of the most respected politicians and potent benefactor of the ruling party, the PDP- left his party and defected to a new, fledging APC for some reasons only known to him. Go on Facebook, you’ll prove it. Visit Twitter, the facts are there. Everywhere, APC supporters laud Atiku for this move. It’s not yet okay with Atiku, APC and its stalwarts; the chameleon is still in “alive and in effect”. A Hausa proverb goes “yaro bari murna karenka ya kama zaki” (which means : stop rejoicing, you boy, that your dog has caught a lion).  Did they, APC supporters, forget what happened some years ago (2006, if I could remember), when the very Atiku joined ACN from PDP and later rejoined his PDP, again? What guarantee do they have that he’s a “changed man”? Sometimes tears follows laughter and excitement, I hope that period, 2006-2009, will not repeat itself and I hope tears will not flow through any faithful Nigerian’s face.

On why he left the PDP, Atiku Abubakar said on Sunday:

“We have, therefore, concluded that that party cannot be redeemed. In short the PDP has abandoned Nigerians, the very people who gave it life and many electoral victories,”

If that the party cannot be redeemed, as he said, is what made him resort to join APC, then his defection is not professional and politically polite; as he may easily go back if it, the PDP, was “redeemed”. We can say that he just ran away to APC in order to seek political asylum- and when things went well, he’ll return from his “exile” back to home.

He also claimed that the PDP has abandoned Nigerians. How and when did he come to realize this? We can agree with what he said, but why didn’t he leave the party since? Or is that, he planned to leave- only- when the APC becomes well molded? Did he know this before the 2011 elections? Well, it’s left to him!

Also, let’s not forget that the former Vice President is also an presidential aspirant; he can’t belie this. Of the possible reasons for his selective defection to the APC is his willingness to be fielded as a presidential candidate for the upcoming general election, and his desire to become the president of Nigeria even though he already shot himself in the foot, by his cyclone style of defection. There’s no doubt that Atiku can make a good president. But it’s not his ilk that we need most at the moment. Even though he, like many other APC chieftains, stressed that he “may” sacrifice his political ambition for the betterment of his new party, his words:

“All of us are now willing to set aside our individual ambitions so as to build a formidable APC.

So, for now, we are not talking about how to pursue our selfish political aspirations. We are collectively working to ensure the growth of the APC.”

Nigerians shall not take Atiku’s (and other Nigerian politicians) statement for granted. Atiku’s defection to APC may turn out to be ironical; 2006 may and may not repeat itself, and it may not be long before the former Vice President defect back to PDP. The time it took Atiku to rejoin the PDP was 3years- between 2006 to 2009, it may not be long for Atiku to dance to the tune of history. Nigerians are not fools, we have heads, hearts and minds. If you fool me once; shame on you. If you fool me twice; shame on me.