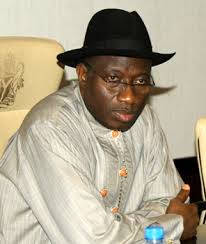 Mr. Jonathan spoke in Sokoto on Saturday at a grand reception organised for a former governor of the state, Attahiru Bafarawa, who defected to PDP with his supporters from the All Progressives Congress, APC.

“The PDP is the only party that is stable and it will continue to uphold the tenets of democracy.

“The PDP respects the rule of law at all levels and we respect the constitution,” he said.

Mr. Jonathan said PDP was the number one party in Nigeria and would continue to be so.

He further said that the Federal Government under the party would continue to deliver the dividends of democracy to Nigerians.

The President commended the people of the state for their sustained support for PDP and urged them not to relent. He commiserated with the people and government of the state over the recent fire disaster at Kara Market in Sokoto.

Also, Vice-President Namadi Sambo and Senate President David Mark expressed happiness with the defection of Mr. Bafarawa to the party.

“The PDP umbrella is getting filled up and the PDP will sustain the provision of the dividends of democracy to Nigerians,” Mr. Sambo promised.

The National Chairman of PDP, Adamu Mu’azu, described PDP as the winning party.

“The achievements of the PDP are tangible all over the nation and this would be sustained,” Mr. Mu’azu said.

The Chairman of PDP Governors’ Forum, Governor Godswill Akpabio of Akwa Ibom, said that no amount of conspiracy would stop PDP from winning the elections at all levels in 2015.

The Sokoto State Deputy Governor, Mukhtari Shagari, said PDP was the most organised, disciplined and resourceful party in Nigeria.

“The achievements of the PDP in the state and Nigeria generally speak for themselves.

“The president loves Nigeria and he has demonstrated this love in many ways,” Mr. Shagari said.

Mr. Bafarawa, a two-term former Sokoto governor, said he defected to PDP, following the decision of his supporters. He promised that Sokoto State would be delivered to PDP at all levels in 2015.

“We will work to ensure the success of the party. We joined the PDP based on principle, to build democracy and Nigeria,” Mr. Bafarawa, said.

Mr. Bafarawa decamped to the PDP after accusing the APC leadership of handing over its structure in Sokoto to the current state governor, Aliyu Wamakko. Mr. Wamakko and four other PDP governors decamped to the APC. While Mr. Wamakko joined the APC, his deputy, Mr. Shagari, decided to remain in the PDP.