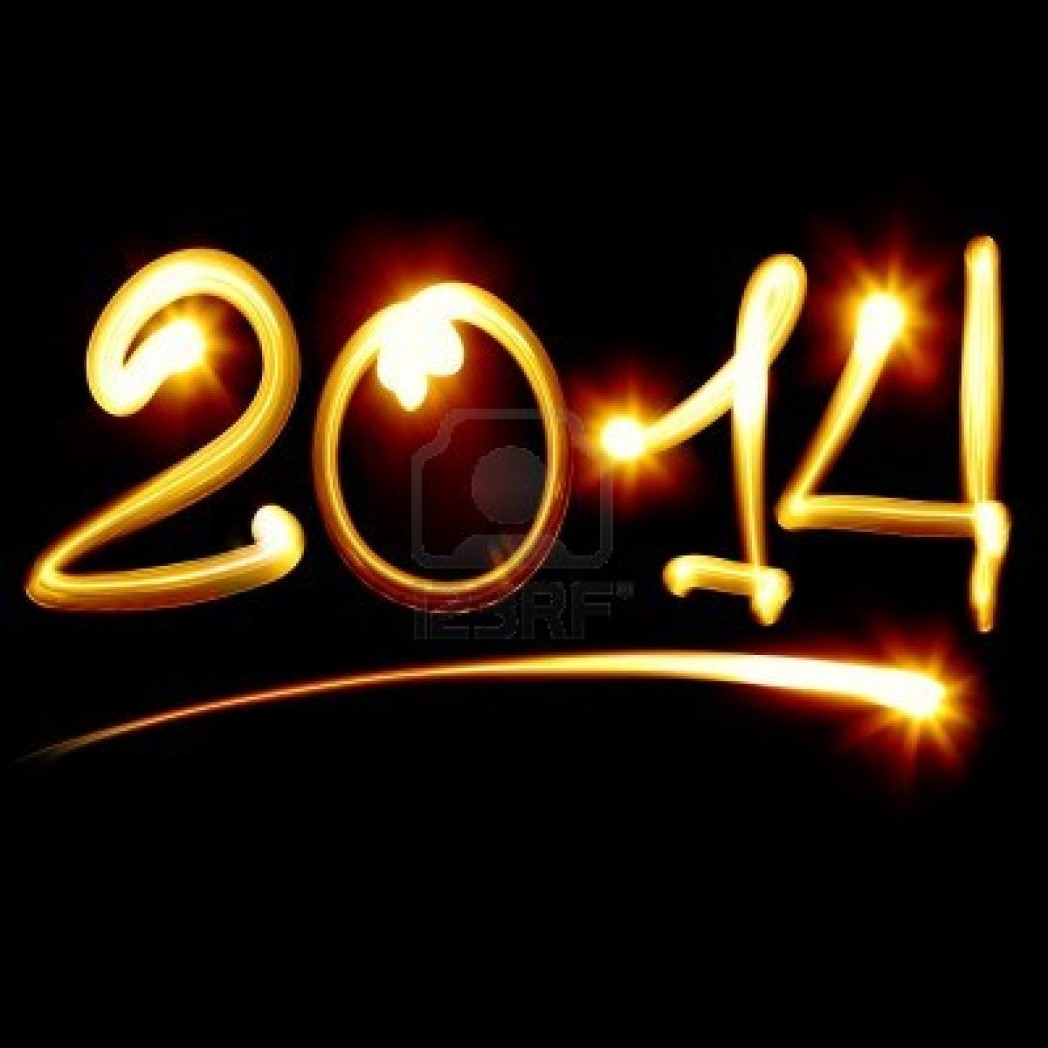 And beware of a calamity that may afflict not only the transgressors amongst you but also the innocent ones and know that Allah’s retribution can be very severe…..’’Q. 8:25

Writing a drama is like conceiving a pregnancy. For the drama to be practically actable, the writer must take into consideration not only the theme, the setting, the characters but also the complications of such a drama as they build up spirally to the climax. He must also think of the anticlimax of the drama as well as its possible denouement.

Nothing shows the ingenuousness of a playwright as vividly as the crew of actors who put into action the script that gives birth to the drama in question. It is like delivering a pregnant woman of her pregnancy. If the delivery process is not carefully handled, the deliverer may end up becoming an undertaker. And that is when a drama is said to be tragic.

Brilliant students of literature must have perceived today’s entire world as a paradoxical theatre in which over seven billion human beings, including 170 million Nigerians, are watching a drama. For either ecstasy or dismay the viewers may randomly roar into controversies or anxiety as the drama progresses. But the main concern of each viewer is what may become of his favoured character.

In the ongoing global drama against which we had been warned in the Qur’an as quoted above, the concern of this columnist in today’s article is the ‘colony’ called Nigeria. This is not just because the colony is my immediate and paramount constituency but also because Nigeria is the heart of Africa. And if anything negative happens to her, the whole of Africa will cease to be at rest.

Today, it is evident that the Federal Government is not prepared for the centenary anniversary of the country’s existence as a unified entity designed and imposed by the colonialists in 1914. The anniversary was expected to come up at the beginning of this year (2014) when the country is supposed to attain 100 years. But no one except the Almighty Allah is sure of what may become of Nigeria subsequent to her uncelebrated centenary anniversary. This is because the same deliverers of Nigeria as a country have prepared a mausoleum for her in anticipation of her funeral. A clandestine script was unveiled in 1995 predicting a tragic absurdity awaiting the most populous African country. The contents of the script revealed that this heart of Africa called Nigeria was heading for a break up by the year 2015 when she would be 101 years old. The designers of this devilish agenda had set a timeframe of 20 years for its execution without proffering any positive alternative. And to portray their dream as a realisable one they kept hammering the probability of the success of that obnoxious project citing some hazardous occurrences in the land as reason. Incidentally, that proposition is now being given a helping hand by the government through the proposal of a dubious national dialogue.

For students of International Relations, such a prediction cannot be strange. It is part of the strategies often used by the imperialists either to re-colonise some old colonies or to scoop on and dominate the economies of such countries in a typical capitalist style. As a result of such an imperial strategy, Poland had once ceased to be a country for about 123 years when it was partitioned about four times by Russia, Prussia and Austria in 1772, 1792 and 1795. And for well over a century thereafter, the country did not exist. But the Polish people never gave up the resilient spirit of regaining their independence until the country was fully revived after the World War I in 1918. In contemporary time, the modern day imperialists have been doing the same successfully in some other countries none of which is now firmly on her feet. Countries like Vietnam, Korea, Yemen, China, Iran, Syria, Iraq, Pakistan, Afghanistan, Yugoslavia, Somalia, Sudan, Palestine and lately the entire Arab nations all of which have had their bitter share of the subtle pillage can testify to this assertion. It is a modern day equivalence of the 1884/1885 partition of Africa carried out in Berlin, Germany, by the European imperialists, which led to the colonisation of the black continent. If any of the above countries had resisted that obnoxious project at the planning stage and stood their grand in objection to imperialism, perhaps the world would have been spared the throat-cutting threats posed today by the United States and her NATO allies against what they perceive as lesser nations.

Incidentally, the US had also once been a victim of this same imperialists’ guillotine, especially in the hands of Britain. Yet, the cult of capitalism which has now become their common bond would not allow the duo of Britain and US (which had been mutually antagonistic) to dwell differently because it is only in such collaboration that the gains of their common interest can be accomplished. Unfortunately, Nigeria doesn’t seem to have learned any lesson from countries that had been tricked into toeing the imperialists’ path hook, line and sinker.

Rather than looking inwards for solution to our domestic problems as the US did in her time of resistance to oppression, our own government does not only beckon to Uncle Sam for solution even to a minor problem but also cries out randomly to the collective body of imperialists for help. The official behaviour of Nigerian government is just like that of a baby who has adapted to being spoon-fed at all times even while asleep. Today, Nigerian government can hardly think on anything without reference to American or European example.

Whereas some progressive countries like Japan, China, India, Brazil and even the United States in their days of search for growth and development shut their doors to the world and made do with whatever they could produce internally which was why their sudden zoom into the limelight came to the world as a surprise. This has never taught Nigeria any lesson. Rather, all that matters here is empty and monotonous noise about becoming one of the biggest economies in year 2020 even when it is crystal clear that such wishful aspiration can only end up in forlorn. No truly progressive country in modern time has ever indulged in such empty and wishful propaganda without failing. What would have ordinarily justified such propaganda is a surprise zooming into the global economic stage as the above listed countries had done.

It can only take a shameless country with so much wealth and without any visible progress in place to embark on such hopeless propaganda even as over 75% of her citizens wallow in penury.

Rather than indulging in deceptive propaganda, what our government ought to have told us is how billions of dollars allegedly voted for revamping our moribund electricity vamoosed without any resultant availability of power. Or better still, how was the billions of dollars allegedly recovered from General Abacha’s loot shared among the national thieves called leaders. At least we are yet to know what happened to multi-billion naira realised from the so-called privatisation policy that threw our national economy into taters. We also need to know something about the scandalously embezzled billions of naira realised from the callous increase on fuel price in January 2012 and many others of the like. On the other hand, the government ought to have shown Nigerians the blueprint that qualifies us for such empty propaganda about year 2020 since it is a Nigerian project.

Now, by inviting some foreign imperialist powers, including the US and Israel, to help resolve the internal problem of insecurity in Nigeria, has the government not admitted its incompetence in protecting the citizenry and thereby surrendering its authority to the invited countries while awarding contracts for image laundering abroad? And with such plan has this not also begun to compound the existing problems by externalising those internal affairs? After all, these invited countries have their own internal problems which they endeavour to solve without contracting any foreign country. Security of a country is like the heart in human body. Handing it over to someone else is like paving way for one’s fortuitous death. No serious government will ever trivialise the existence of its nation to that extent. We all know that whoever pays the piper must surely dictate the tune. Iraq, Libya and Pakistan are living examples confirming that in diplomacy, a friend today may become an enemy tomorrow.

Yes, in the name of solving Nigeria’s problem even when they have been unable to solve theirs, the invited countries may bring their arsenal to subdue some government’s perceived and imaginary enemies. But what is likely to happen thereafter is the question which many generations of Nigerians may not be able to answer for decades in future. This has happened in most of the countries which solicited for military intervention of the imperialist countries. Today, those countries are biting their fingers in total regret. Yet, Nigeria’s ruling class which sees power as a matter of life and death is bent on forcing the country into the league of hopeless nations through desperation.

A government is said to be in power only if it is believed to be capable of protecting its citizenry and defend the territorial integrity of the concerned nation. Any government that is incapable of doing this and rather decides to throw the gate of the nation’s security open to foreigners for whatever reason is unfit to be called a government.