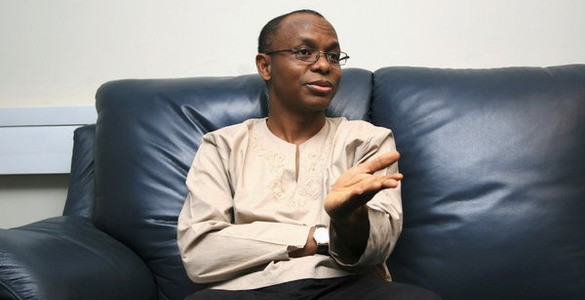 Armed SSS officials on Friday stormed the Abuja residence of Mallam Nasir el Rufai. This follows his rejection of the attempt by the SSS to compel him to come  to their offices without a valid warrant. El Rufai had on Thursday firmly told the DG SSS that he would be exercising his right not to go to the SSS offices, except a warrant mandates it.  He however offered to meet the SSS officials in his home or office. The armed invasion of his house is a clear indication that the SSS imagines itself as an agency immune from respecting fundamental rights, behaviour akin to a gathering of toughs before whom every citizen must quake.

The SSS agents did not produce any warrant to back their invasion of his premises.

The assault on El Rufai’s house continues a sorry tradition of serial violation of his rights by the SSS which has arrested him at airports and hotels. The most recent was the action of the SSS in violating his right to freedom of movement in Awka during the Anambra elections. Without any just cause or formal charge, the Directorate of State Security Services (SSS) had unlawfully detained El Rufai, the Deputy National Secretary of the All Progressives Congress (APC) at the premises of Finotel Hotel, Akwa, Anambra State, from the 15th day of November, 2013 to the 16th day of November, 2013.

During the period, Mallam el-Rufai was not only restricted to the Finotel Hotel, he was denied access to his congregational prayer as a devout  Muslim; and kept incommunicado without access to anyone and or the press.

To remedy the flagrant violation of El Rufai’s fundamental rights as enshrined in sections 35, 39, 40 and 41 of the Constitution, El Rufai has sued the SSS over this matter, seeking eight reliefs, including an injunction to restrain the SSS from further infringing on his fundamental rights. He is also praying the court for a declaration that that the SSS has no powers under the 1999 constitution (as amended) or under any Nigerian law to either impose a general restriction on movement or restrict el-Rufai’s constitutional right of freedom of movement as enshrined in Section 34 of the 1999 constitution on account of the Anambra State Gubernatorial election that took place on the 16th day of November, 2013 or any other election.

Proceedings in the case against the SSS began Thursday, 16 January at the Federal High Court, Awka, Anambra State. Mr C.C. Nwaokorie, counsel for the respondents, informed the court that they had only received the processes the previous day. The records of the Court indicated that that they had been served in good time. The court adjourned to 19 February 2014 for hearing of the matter.

The SSS is advised to diligently attend to this pending matter. Mallam El Rufai will not be silenced. He will continue to do his patriotic duty of challenging INEC and the security agencies to guarantee the climate for free and fair elections in Nigeria by desisting from partisanship and the embrace of impunity.