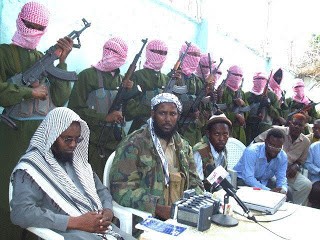 “The attack was pre-planned and we killed 30 Al Shabaab militants including commanders,” said the Kenyan military spokesperson.

The area where Kenya targeted with the air strike remains under the control of Al Qaeda linked Al Shabaab group as Somali and Ethiopian troops in the region had since been unable to seize several areas in Gedo region from Al Shabaab militants.

Kenya bombarded a training camp near Bay regional district of Diinsoor in October 2013, killing 300 Al Shabaab fighters according to the government.

Following a series of kidnappings and killings by Al Shabaab infiltrators in Kenya’s northeastern part, the neighboring nation currently maintains the presence of 3600 soldiers on Somalia soil as part of African Union Mission in Somalia (AMISOM).