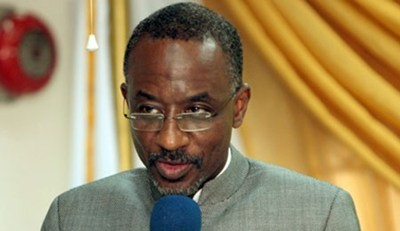 Section 11(2)(f) of the CBN Act states: “A person shall not remain a Governor, Deputy Governor or Director of the Bank if he is removed by the President: Provided that the removal of the Governor shall be supported by two-thirds majority of the Senate praying that he be so removed.”

On the above note, it is now certain that President Goodluck Jonathan cannot remove the current Governor of the Central Bank Mallam Sanusi Lamido Sanusi, without the approval of the Senate’s 2/3 majority. The CBN Governor has since expressed his desire to continue till the end of his tenure in June. Meanwhile, the Labour Party has called on the Governor to resign. THISDAY reports this as the sentiment of the party’s National Chairman, Chief Dan Nwanyanwu. THISDAY also quotes former Governorship candidate of the People’s Democratic Party (PDP) in Lagos and Nigeria’s former High Commissioner to Ghana, Senator Musiliu Obanikoro, as saying that Mallam Sanusi has lost every moral and professional right to continue to stay in office as CBN governor.

According to him, “Sanusi should resign and go. There is nowhere in the world where a CBN governor would write such a letter and not resign the next day. Having written the letter, verifications were made and he also admitted to some errors, then he has no business being the president’s adviser again.”

Renowned constitutional lawyer, Professor Itse Sagay (SAN), wondered what the rush to get Sanusi out is about, “what’s the rush to get him out? He alleged that $49.8 billion could not be accounted for and after the investigations they said it was $10 billion, even though the $49.8bn could have been exaggerated really.

You can read more on this report here CBN Governor Sanusi Lamido vs. Mr. President Jonathan