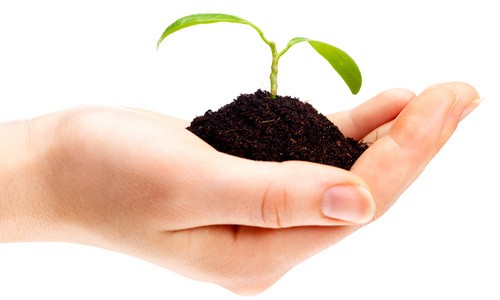 Lack of funds or insufficient funds is a reason many people give for not going into business. They are aware of the challenges that start-up businesses face and will not embark on one until they are assured of sufficient capital to run the business. They also know that for a country like Nigeria, there is greater hope of finding the path through which water enters the coconut shell than there is for finding loans and overdrafts in the banks. I wish to share a few insights for getting out of this tight corner.

The first is being willing to start small. While drawing up our business plans we often dream big; and rightly so. But if we don’t have the resources to set up the massive or multi-layered businesses we want, we can roll out in phases. A rich man who wants a forest can buy a thousand tree cuttings and plant them all in one day but a less-moneyed man can also have his forest even though he can’t afford more than a few cuttings; all he has to do is nurture the few he has to maturity and get more cuttings from them until he can populate all his field with the trees. There are several entrepreneurs who have groups of schools but humbly began as after-school, home lessons. Some car dealerships out there began as a garage for servicing cars. Remember, success is a journey not a destination.

The next is being willing to temporarily deviate. A friend wanted to go into real estate but he didn’t have the required capital. Where his wife worked, he had access to supply them with trucks of gravel for the stadium they were building for a university. Using the funds he had, he leased a truck and employed a driver to deliver the gravel. One year on, as the stadium construction was nearing completion, he had made so much money from turning over his initial capital. I honestly felt he had abandoned his first dream and was now established as a building contractor until he called me that he had registered his real estate business and will be expecting referrals from me. It’s not only delay that isn’t denial, detours are not denials either, so long as you keep your eye on your goals.

The last insight which is the main reason for this post is that money is not the only capital you have. Before the advent of money, some African tribes determined a man’s net worth by the size of his family (harem, children, servants and all). Of course, he wasn’t going to exchange his children or wife for a bag of rice in the market; the value of his worth laid in the potential of his family when let loose on his farmland. More wives meant more children, meant more farmhands and meant more harvest. In some other places, a man’s net worth was measured in the number of heads of cattle he possessed. More bulls meant more ploughs, meant more tilled farmland and meant more harvest. Again his value laid in the potential of the yoke his oxen could carry. There is one currency that most people have but which we do not value. There is a net worth we neglect, yet its potential can provide the much-needed capital for starting and running our businesses. It is
called relationships.

Solid relationships can open doors for you that money sometimes cannot dare to knock; the problem is we don’t know how to maximize (not exploit) our relationships. If you go back to the second insight I shared, the man got the gravel-delivery contract by relationship. His wife spoke to her boss on his behalf and the boss asked for a meeting with him. During discussions with the man, the boss was so impressed with the man’s track-record and professionalism that he gave him the contract without asking for the usual bank guarantee. If he didn’t get that waiver, he couldn’t have executed the contract either. The man had invested in his relationship with his wife, who had invested in the relationship with her boss and his organization and it landed the man the contract.

A jeweler who used to sell in my office has opened her own store and now travels to Dubai to buy her merchandise. When she was going from office to office, she was selling her sister-in-laws’ wares. She would obtain the jewelry from her sister-in-law and pay for them after selling to various customers at a profit. It was by saving the profit that she raised the capital to start her business. But I doubt if she could have obtained the jewelry at no cost if she had not invested in the relationship. By investment, I mean dealing with integrity and faithfulness. At this point, I know some readers will be wondering how on earth they can use these kinds of connections to get the products they require for their business, like the jeweler. Others will be asking themselves how they can connect to the service jobs they want to deliver, like my gravel-delivery friend. Fear not, all things are possible.

I believe you have heard of the theory called Six degrees of separation. The theory was postulated by one Frigyes Karinthy in 1929. According to Wikipedia the theory states that: Everyone and everything is six or fewer steps away, by way of introduction, from any other person in the world, so that a chain of “a friend of a friend” can be made to connect any two people in a maximum of six steps. Think about it. That means, I can reach President Barack Obama in six simple steps if I choose to connect them! LOL. Please, let’s get back to our discussion and not digress. If you are willing to look hard enough and exert yourself diligently, you can connect the dots that lead you from where you are to the relationships that you need to kick-start your business. Raising a collection is not the only way to get capital, developing connections is another way for less-moneyed people.

The views expressed above are solely that of the author and not necessarily that of Omojuwa.com or its associates