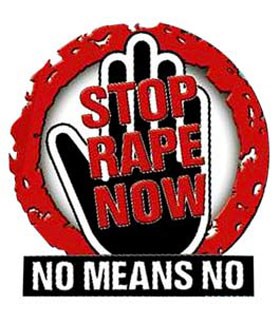 Rape according to Wikipedia is “a type of sexual assault usually involving sexual intercourse, which is initiated by one or more persons against another person without the person’s consent. The act may be carried out by physical force, coercion, abuse of authority or against a person who is incapable of valid consent, such as one who is unconscious, incapacitated, or below the legal age of consent.” The word synonymous to rape used by the Yoruba people of African descent is “Ifipabanilopo (Meaning; Having sex with someone without getting the person consent or approval out of the person’s free will)”.

One can undoubtedly understand why so much controversy trails Bright Okpocha’s (popularly known as Basket Mouth) joke, so much that enraged friends, fans and haters are now demanding to take away his professionalism and are requesting for his ambassadorial contract with one of the telecommunication giants; Globacom, be terminated despite his apology for cracking a joke that enraged those that love him and his jokes. I find it difficult to standby and watch a man that just enlightened the public that rape is becoming fast rampant in our society in his own little way to suffer professional suicide but lucky for him, Nigerians forget so much so soon, no wonder we suffer bad governance and corruption since over half a century as a people. However, I find it necessary to seize this heated argument about how rampant rape is, to discuss the issue of rape in Africa and its relationship with the African culture using Nigeria as a case study.

I must say that I abhor every social vices no matter how appealing you might try to paint it, neither do I encourage the practice of any, nor am I the type that make a case out of sheer foolishness after being carried away by sentiments attached to the issue but I am the type that see through the cloak of sentiments and emotions only to identify and focus on what is and what is not because the only way to understand what is and what is not is to see through the cloak that may deter you from doing so such as sentiments and emotions. After a careful evaluation of the joke and peoples reaction to it, I realised people are being proactive on an issue that we need to declare state of emergency on as a people because it has long pass the stage of being proactive about it. I do insist that “Basket Mouth” is not encouraging rape in that joke but educating African ladies about the danger out there and to be careful, and I am not a fan of jokes or comedy as a whole not to talk of being his fan. Even those that said he is encouraging rape do have an understanding that rape occurrences is becoming rampant, that is the reason they chose the word encouraging but as usual with Nigerians, instead of coming together to address this social vice called rape, they are busy chasing after “Basket Mouth”. Like the Yoruba people will say it ” A fi ete si ile an pa lapalapa (Literal meaning: We left leprosy to treat eczema. Appropriate meaning: Instead of us to address the bigger problem, we are busy addressing something very minor).

In Africa, rape is a very silent occurrence and a very rampant one, unlike in civilized and developed nations in the world, it is very difficult to estimate rape occurrences as it is rarely reported. This is as a result of the uneasiness that run through our spine whenever sex is the subject of discussion because in most part of Africa, it is viewed as immoral to discuss it publicly which has consequently affected sex education in the continent and greatly reduce sexual literacy. The African culture in relation to sex education, has been; don’t discuss sex and don’t have sex or else you get pregnant and pregnancy before marriage is shameful. It is worst to the extent that you will wonder if your parents had sex at all for you to be conceived and given birth to, it can be described as a ‘no go area’ in every aspect of our life including academics. Since the advent of family planning procedures; especially the use of condom, this particular informal education has suffered a forgetful blow.

As a consequence of this tradition and cultural practice, teenagers and youths have come to understand that talking about sex, having relationships and having sex will be viewed by the majority as immoral and something your pointer must never reflect whenever you are around your family. This resulted in a vacuum in the family as the child grew distant from his/her parents and other siblings, this makes peer pressure to hold a better stake in shaping the life of an individual than family influence, and we are being punished by the vogue effect; this means whatever practice is the new trend to a particular age bracket or group of people becomes the general practice and will turn out to be uncontrollable until another thing capture their attention. We thought this African tradition and cultural practice regarding sex has taught our children to abstain from sex to avoid pregnancy but it didn’t, and has only successfully taught them to hide their relationships and sexual life from family to avoid being tagged with the sense of immorality. This was explained further by the high occurrence of HIV/AIDs infection and other Sexually Transmitted Diseases (STDs) in Africa.

Since a man can not live by bread alone, there is need for opposite charges to attract each other according to the laws of nature, the society finds it difficult to keep its males virgins till they marriage and so did it find it difficult to keep its females, too. Sex is a good thing, it is something that is indeed beautiful and so, must be cherished and respected, but as every other good thing that has ever happened to humanity, there is an inherent tendency of it to be a source of crime such as drug and wealth. The crime associated to sex being rape, degrades the sense of worth of the people and cause a very lasting psychological effect on victims of such criminal act.

Since relationships are being kept away from the family, it becomes a great problem to get help especially when one gets raped by that same person you are having an affair or relationship with. According to the African culture, there are somethings that will happen to you that one would be advised to keep quiet about it because of the shame it will bring.

Consequently, it has been increasingly difficult with a possibility of near zero to report rape cases to security institutions with a few exceptions like South Africa; where an estimated 500,000 rapes are committed anually with welfare groups believing that unreported incidents of rape could be up to ten times higher than the estimated figure.

In Lesotho, it has been found that 61% of women reported having experienced sexual violence at some point in their lives and 22% reported being physically forced to have sexual intercourse. Another survey revealed that in Lesotho, 15.7% of men said a husband is justified in hitting or beating his wife if she refuses to have sex with him while 16% said a husband is justified to use force to have sex. I know as a Nigerian, you are seeing the similarities between the cultures in Africa.

However, in Nigeria, it is almost impossible to get a near realistic figure of rape occurences even if it will only represent 1/20th of the actual occurences of rape since there is nobody that will be reporting as a result of sexual illiteracy and cultural values. Rape in Nigeria is so rampant and has been happening right underneath our nose like other acts of crime such as abuse of drugs (both recreational drugs and medicinal drugs) without much attention given to it nor borthered. As the abuse of psycoactive drugs to alter perception, mood, consciousness, cognition, and behavior increases despite the use and sale of these drugs being illicit in the country.

Nigeria being ranked as the second highest country with new HIV infections in the world testified to how high sexual illiteracy, rape and drug abuse is. Rape is carried out most commonly in Nigeria by coercion, followed by abuse of authority, then by the use of physical force. It is worthy to note also that, in Nigeria as well as most other African countries, there is much resemblance of occuernces with what happens in Lesotho; where husbands are justified to make use of force to have sex with their wives while coercing your wife to have sex don’t even need any justification. This is so, because in Nigeria particularly and Africa generally, it is our tradition and culture for the wife to submit herself to the husband without hesitation under any circumstance.

The writer is on Twitter as @AAbiolat and can be contacted via paulakintunde@gmail.com

The views expressed above are that of the writer and not of Omojuwa.com or its associates.