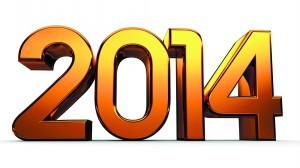 The year 2014 is right here. It is a year that holds a lot for this country depending on the angle from which one looks at it. January 1, marked 100 years of the amalgamation of the northern and southern protectorates to form the country known today as Nigeria.

This stands out the year in a very significant way. For a country that has come through very challenging moments, this ought to call for celebration. Expectedly, the leadership of the country has risen to the challenge. A lot of programs to underscore the significance of this historical event have been lined up. Part of the goal is to demonstrate in very clear terms the tortuous road this country has successfully passed through and rekindle hope that at the end of the tunnel, there will be light. This has become more compelling given contemporary events in this country.

Coming on the heels of sharp divisions in the country, questions are being raised regarding the relevance of the celebration especially against the little efforts recorded in inculcating a common sense of belonging among the disparate peoples that were joined together by this historical union. Matters are not helped by the increasing slide to primordial and sectional predilections. At no other time than now have ethnic, religious and sectional tendencies been on very high ascendancy. This has led to questions as to whether the union will eventually rupture. With increasing slide towards centrifugalism, it is not surprising that doubts have been expressed on the overall value of the centenary celebrations.

Some schools are of the opinion that the event is not worth celebrating because the ideals behind the unification are still far from being realized. To this school, that amalgamation has become more of a liability than a blessing.

But there are some others who hold the view that substantial progress has been made but more time and patience are still required for us to reap the huge benefits of that union.

If the justification for the celebration of the centenary is contentious, contemporary events seem to have marked out the year in another remarkable way.

A lot of processes were initiated within the political front last year that may come to assume more definite shape within this time frame. And the direction they go will have a defining effect on the way this country progresses in the days ahead. In this regard, one has in mind the competition for power at the centre; the ensuing altercations and realignment of forces it has generated. At the centre of it all, is the crisis in the ruling Peoples Democratic Party PDP over which side of the nation’s geo-political divide should corner the presidency come 2015. The bickering and bad blood have been so much so that both the north and the south-south have threatened fire, lime and brimstone should they not capture that coveted national office. As the fight rages within the ruling party because of the advantages the power of incumbency confers, another bold step to give the electorate an alternative political choice was made with the formation of the All Progressives Congress APC. And with the spread in the membership of the APC given the three political parties that coalesced into one, the new party began to offer a new source of hope. APC took advantage of the crisis within the PDP to woo its aggrieved members to its fold. This has paid off as the standoff in the PDP has led to defections by some of its governors, senators and House of Representatives members. The way things stand, there is palpable fear that there may be leadership change in both chambers of the National Assembly as the APC strives to muster a majority. This could assume more dangerous dimension possibly cascading into leadership changes in both chambers of the National Assembly and the impeachment of the president as has been severally canvassed by the APC. But the PDP has not gone asleep and may come up with its own counter strategy.

The point being raised here is that this year is politically loaded. Most of the processes that were activated last year are likely to play out within the current year. The same last year, former President Olusegun Obasanjo wrote a stinker on the administration of President Jonathan. Jonathan has since replied challenging Obasanjo to produce evidence of some of the innuendo-laden allegations. It is possible Obasanjo will react to the new challenge since he threatened dire repercussions should Jonathan prefer to go for broke.

It is also possible that the government may further take Obasanjo to ask on some of the issues he raised in his open letter since the National Human Rights Commission has been directed to investigate the veracity of some of the allegations. All these are bound to play out within the current year. Matters are not helped by recent allegation by the Yoruba socio-cultural organization, the Afenifere that some of the issues raised by Obasanjo could lead to the subversion of democracy and the constitution through the overthrow of the government of the federation. Afenifere cited at least three previous instances where Obasanjo’s similar conduct had led to the overthrow of governments.

Central to all these is the speculated ambition of Jonathan to go for another term in 2015. It was one of the issues raised by Obasanjo and the real force behind his sharp disagreement with Jonathan. He had accused Jonathan of nursing the ambition to contest the presidential election in 2015 despite his pretences to the contrary.

In his reaction, Jonathan was evasive preferring to speak on the matter some time this year. The step Jonathan eventually takes will harbinger what to follow. The possibilities are: Jonathan will run or he will decline to run. If opts out of the race, the PDP will quickly settle for a northern candidate who will now slug it out with the APC candidate also from the north. Some of the defected members of the PDP may hurry back to the party because of the awesome powers of the incumbent. All the ills they hitherto accused the ruling party of will disappear overnight.

But if Jonathan goes ahead to run, those who have ganged up against him will begin to play out their scripts in very quick succession. Jonathan may then apply the big stick. The big battle will commence.

The ban on political campaigns will be lifted sometime this year. This year is therefore very symbolic in more ways than one. Much of the activities that will shape the direction and contest for political power next year will be determined in 2014. The way they go will mirror the possible outcome of the coming general elections.

If the bitterness, acrimony and blackmail that characterized 2013 spill over to the current year and possibly get more reinforced, the 2015 elections are likely to be entangled in serious controversy. That could also precipitate the conditions which the Afenifere feared in Obasanjo’s letter. These are the potent dangers and they call on all genuine patriots to ensure that nothing is done to compromise our hard earned democracy through unwholesome means. Those who want regime change have the constitutional road for direction.