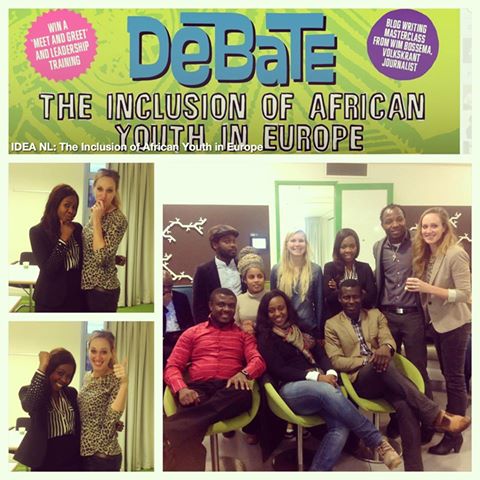 The exclusion of African youth in Europe has become a burning issue in the media. A recent Amnesty International report on ethnic profiling demonstrates that the humiliating stop-and search police practices apply predominantly to people of African appearance. How can Europe move from a society that defines young people in terms of problems, dangers and risks towards a society characterized by participation? How can African youths be empowered to participate and to raise their voices? These are the main topics for the project : Inclusion of African Youth in Europe. 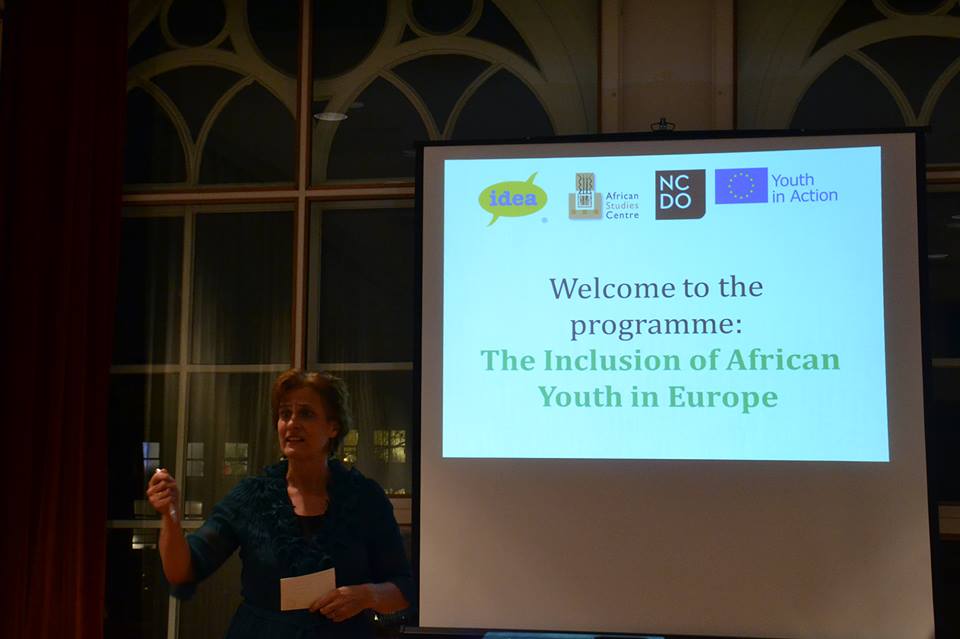 The event kicked off on November 15th with about thirty young people, many with African roots, in Amsterdam for a three-day training program in debate, multicultural understanding and advocacy. Two youths of Nigerian descents –Ifeanyi Ukwuoma and Okenna  Obi-Njoku  also participated in the program. During the weekend, participants practiced in a public debate with panellists from the Africa Studies Centre in which the discussed the importance of participation in education.

Then, the debate went on Tuesday, November 19th in the Hague, Netherlands with a debate competition of three rounds in which twelve teams of two speakers were facing each other. They were judged by (former) student debaters of Leiden and Amsterdam Student Debating Union Debate Association. The proposition of the tournament went on the three main themes of security, education and the labour market:

The debate program ended with a public debate on November 20 in Leiden, Netherlands where the young people were in debate with politicians, policy makers, academics and professionals. First were the best four teams in the final debate on the proposition that anyone who wants to should be able to immigrate to Europe, which led to a heated debate on the rights of migrants versus those of the host society. The public debate that followed focused on the wider issues of the project.

Nikish Vita (Congo), Joan van Geel and Nahom Isaac (Ethopia) , the three best speakers in the league each gave a key note speech about safety, education or employment . A panel of experts responded from their own knowledge and experience. Then Jos van Beurden led the public debate in which the public, experts and young people could exchange ideas and information. This revealed a number of interesting suggestions and questions, for example about the impact of quotas, and the need to reserve jobs for young people with an African background because they often cannot find any. The public debate ended with the announcement of the winners : Zaina Karekezi  (Rwanda) and Richard Ocheng won the debate competition from the first opposition . Nikish Vita was voted best speaker of the public debate.

The participants were very enthusiastic about debate and opportunities to lobby and make a difference with their community . IDEA is based on their experiences and insights to determine how to assist in promoting an inclusive society.

IDEA NL ??organizes the Inclusion of African Youth in Europe in cooperation with NCDO and the African Studies Centre and supported by the Youth in Action, a European Commission Youth Fund.