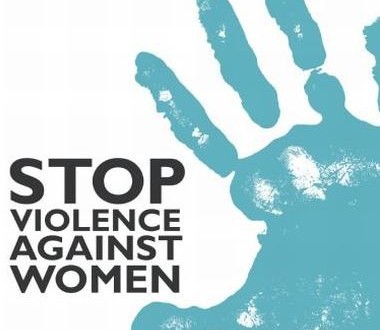 The need to address HIV and sexual violence against women is an issue under the spotlight as leaders and activists gather at an international conference in South Africa this week.

Women living with HIV regularly face discrimination and are more likely to experience violence as a result of their status, not only from partners, family members and the wider community but also within institutional settings such as health care and prisons.

Dr Christine Kaseba, Zambia’s first lady, said at the International Conference on AIDS and STIs in Africa (7-11 December): “One thousand women are being infected with HIV every single day and we need to see a transformation around Africa. If we fail to change the attitudes of men and boys towards women we will not reach our targets of zero new HIV infections, zero discrimination and zero AIDS-related deaths.”

Gender-based violence goes on unabated – 13 million girls globally are forced into early marriages, while 45 per cent of women and girls face gender-based violence*. Connected to this, the HIV pandemic carries the face of a woman.

Gender inequality leads many women to depend entirely on men and Dr Kaseba emphasised the need for leaders who have committed to many international declarations to be taken to task about addressing the violation of women.

Dr Kaseba also talked about an unprecedented commitment with Africa now investing more in the HIV fight, which has led to a reduction in HIV infection in children, but she added: “Sexual and reproductive health and HIV are inter-connected and if we continue investing in these services it will promote health, and reduce poverty and gender inequality. In sub-Saharan Africa it is frightening as the number of women losing babies at child birth is still high.”

Getting governments to act

Dr Kaseba urged delegates at the conference to engage first ladies as they make their calls to action, because they have access to the highest authorities in their countries. “Governments can do more to promote universal access to HIV treatment, care, support and human rights,” she said.

It will certainly take more pressure from civil society to hold governments to account, to ensure endemic issues such as violence against women are addressed, along with protecting their sexual and reproductive health and rights.

Musician Annie Lennox, who is also a UNAIDS goodwill ambassador, spoke at the conference in the wake of Nelson Mandela’s death. She said ten years ago she’d heard Mandela speak at a concert about women and children dying – he said graveyards were filling up quickly because an entire generation was being wiped out by HIV.

“Now 98 per cent of babies born [in South Africa] from mothers living with HIV are negative, an achievement which we can all celebrate, but so much more needs to be done,” Lennox said.

“South Africa was blessed to have a man with such calibre and stature in its midst. Now it is in your hands – each one of us can engage wholeheartedly for what he stood for by asking, what have I done to make a difference?”