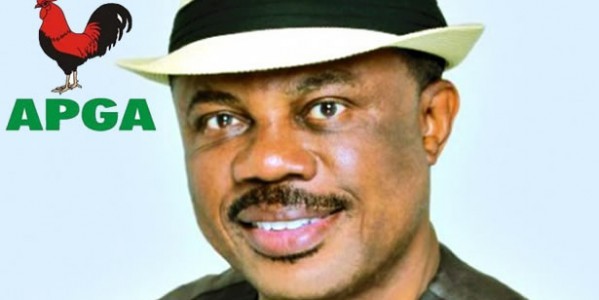 Congratulation for winning the Governorship election, your declaration has brought to an end a long running and controversial process of electing a new governor for our dear Anambra. I am much positive in your victory as well negative in the events to will follow but I am not a sceptic or some pessimist. The entire process has thrown up issues that will most be settled by the judiciary. Also your political godfather and the incumbent Governor Peter Obi never have it well in office. So, I wish by this letter to remind you that winning election in Anambra state and more particularly under the circumstances of your eventual winning do not supposedly give unto you the prerogative of rule as you must be alert for disruptions or  even possible removal. But I hope that with your winning, our state will be blessed with the beginning of new era. So, I am writing you on some of the things you need to immediately begin to consider before you settle down in office. Interestingly, I have read you have started to take actions on some of them. That means, you are well aware of them, and by this letter I do not claim any monopoly of knowledge. However, previous administrations refused to give desired attention to some of them and that created and endeared the recurrent crisis rocking our dear state. I am not going to remind you of the complex composition of political heavy weights a.k.a politicians in the state and the available accumulated arsenals within their use. But let’s get down to business; perhaps there are ways to get going well and fun.

First, remember the process of your nomination and how many well qualified aspirants that were sacrificed for you to emerge. Do not think the fight is over, I will bet that some of them lay in wait to catch in on you. So do not become victim, personally reach out to them individually. I repeat, personally reach out to them and do not rely solely that your political party or godfathers are able to reach them. And by reaching them personally, you have rekindled some special bond and touched on their inalienable feeling of self-worth. Some of them may be open to disclose their frustration, how much they have lost and how available to work with you. Hear them, but what you eventually do with any commitment you shall reach is up to you. However one thing is certain; they are your immediate APGA family and can provide you with minimum of two years internal crisis free regime within APGA. I am hoping that before expiration of two years, you have been able to consolidate a little hold on your party structure and begin to play the role of the leader of your political party in the state. Remember your political family and look favourably to accommodate these folks. I am not saying you reach out to them to loot or bankrupt the state but to partner with you in delivering and transforming the state. Anambra is long overdue for global competition, but you need internal peace to deliver on your programmes.

Secondly, biko as a matter of urgency! Reach out personally and invite other political party candidates to join in rebuilding Anambra state with you. I heard you have taken steps on this already, and I hope it doesn’t end up as usual unserious political initial rituals after election only to be abandoned half way. Unlike in the first case above, reaching out to these fellow contestants requires from you some high level of openness, sportsmanship and action plan depending on each according to his very unique case. Remember, some of them have been contesting for the same position in the last 10years. Others even contested and lost with their last blood. One even sacrificed his entire business to become a Governor but lost. Your Excellency let me also confess that you have contested against people who will not be quick to concede a victory. And since some of them may not likely be favoured to contest in the future, I will not be surprise that post-election litigation may take different forms before it reaches the highest court in this case. I am sure you do not want to be reminded that these people have accumulated arsenals to fight things to finish. And even when they eventually end up not winning in any of the court cases, you will be certain that your government desired peace to engineer development as planned will be most consumed pursuing court cases. No offence intended Sir, but your government will need peace and space from these personalities to be able to deliver on your agenda for the state. Consult widely when reaching out to them, I will recommend that you have an independent and interparty members committee to handle the process of reaching out to them. Be assured, I am not also certain that all of them will backpedal, but for sure few of them will listen and offer to work with you. So the peace from the ones that will eventually embrace your government will outweigh all others, and remember that opposition is also one of the beauty and propeller of development in a democracy. So shouldn’t expect a government without opposition. But opposition of the whole is unhealthy. The above summarise point number two to remember, good wishes on this tough journey.

Your Excellency, the third on the list is your agenda for Anambra people and that should be paramount. I do not want to believe all that have been said or written about you. Some say you are a stooge and unprepared, others claim that you have no prerequisite political prowess to pilot the affairs of a very complex but fascinating state of Anambra. Well, during political campaigns all these are to be expected and the moment you settle down it is only up to you and from the first night the good people of Anambra will start to look up to you to deliver on the dividends of democracy.  Let me remind you that Anambra people are naturally high achievers without any help from government, so we perpetually over expect from governments. Some of us do not or are likely to understand the complex processes of governance, so needless to worry explaining to us. Rather give us few words and more action. Majority of us are like the Biblical Thomas, what we see is more valuable than told. I hope you are not going to start drawing up plans again and start holding conferences and summit to convey your agenda to stakeholders or plug the state into another cyclical routine patronage system?  There are issues and allegations bothering on relationship with your godfather Governor Peter Obi, your former employer (Fidelity Bank Plc.), I do not know how you intend to adjust and clear the air on some of those issues but your body language shall tell soon.

Finally, I am not going to write about areas to concentrate as you prepare to settle down, I believe since you have won. It is your programmes that were endeared to the majority of voters that voted for you. But look closely and understand your role as the peoples Governor, and do not deny the expected fatherly role for all. Forget religion; forget denomination, Anambra North, Anambra Central and South dichotomy. Look favourably on the youth, create jobs for them and do not despise Anambra students. And since entrepreneurship, innovations and technology is the way out for young people to achieve a better living. It will be nice to have an IT Incubation centres during your regime in Anambra, to help motivate young Anambrarian home and abroad to think home. Remember that our people are the single largest producers of individual entrepreneur in Nigeria today. If you hone these people home as a father and the process more inclusively, I promise to be amongst the very first person that will return and set up incubation hub in our home state.

May Almighty God bestow on you the wisdom to become a great leader!