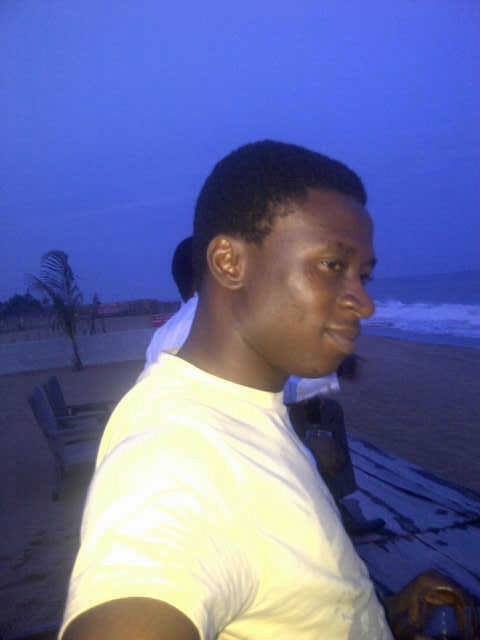 She died and virtually everyone who knew her was in pains. I knew her pretty well and had taken to her. She was a huge source of encouragement and inspiration. After her generous offer of wanting to help me watch football via Skype with her, which I later turned down because she said she didn’t watch football herself and I didn’t see the thoughtfulness in making her waste her time with me watching a game she’d not watch. 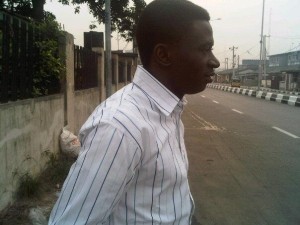 Olawale Joseph Aderibigbe has a thing for Public Speakers

The killer punch came when she revealed she suffered from kidney issues, which had her down most of the time. I couldn’t help but feel for her. Especially as I saw her make many laugh on her Twitter timeline and wondered about her ability to make others happy while she was in pain. I checked up on her everyday. I was desperate to let her know someone cared about her situation. I expressed love for her intentionally because someone in her situation needed nothing but love. She never asked me for money and in fact pledged N100,000.00 to the Governor Oshiomhole “Go and Die” Edo widow. She died on the 11th of December, the day she promised to send the pledge. I was naturally broken and very sad. Not just about the money of course but the friend I thought I had lost. It was the first time I was losing a really close friend and I wrote a eulogy any dead friend would want written about him or her. I shed more than enough tears. It was tough. My friends read the eulogy and added to what they had noted from others who were mourning, saw a central theme; no one had spoken to this person or even seen her. It is easy to say those who got sucked into the scam were foolish, it is harder to see how some of them only fell not out of their own effort to make money off this person but out of empathy, to be there for her, a supposedly dying girl doing so much good herself. That is what most who fell for the scam fell for; their kindness became their foolishness. The Haters Gang that went on the accusation roll knew this but admitting it would deprive them of being called Haters. 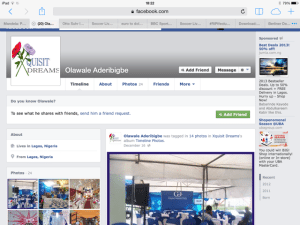 Shade @Shecrownlita who had experienced something close to that, was I think the first person to realize it was all a scam. She must have reached out to @Rosanwo who reached out to me. When Babatunde Rosanwo called me and said to “step back from your emotions and re-assess this whole thing.” I did. It did not take me a minute to realize I had been royally fooled. All the gaps I had not paid attention to started appearing. At that point, alone in my room, I knew I had no choice but to go after the people/person behind the account. The negative things being said about me by a group of people now renowned for their open hatred on Twitter inspired me.

I of course beat myself so much for being stupid but that didn’t stop me from running another campaign, this time for Autistic Children in Nigeria. The same unseen faces they said not to pay attention to next time have since sent over N300,000.00 for that purpose. If they care enough to support my efforts even though I had never seen them, why would I not care about them even though I had never seen them? Life is not a one-dimensional reality. Lessons have been picked from this and I believe most of us will become better people with such lessons. Hypocrites cannot of course see beyond their nose. No one likes to be fooled and few admit their own foolishness even after everything points out to the fact. I embraced mine and even thought I’d need a monument to remember the moment I got fooled. I can’t, like many, choose to be a fool in denial. I decided the best monument would be to unravel the person/people behind it. 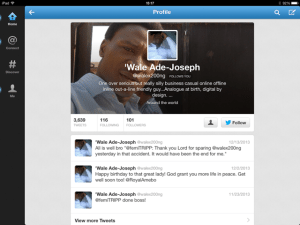 Olawale Aderibugbe’s Twitter page pictured today. He had it restored thinking the game had been done and dusted

It did not take 10 minutes. I came on Twitter and mentioned @RoyalAmebo was a scam as she did not exist. By this time I had spoken with Femi @FemiTripp to ascertain the sort of relationship he had with the said Ife Ojikutu. He mentioned a friend of his, Wale had confirmed her identity to him when he – Wale – went to Abuja. Someone then tweeted at me that @wale200ng was Wale’s handle and the handle had been deleted around the time @RoyalAmebo chose to die. I ran a search of “@wale200ng and @omojuwa” on Twitter to see what sort of conversation I had gotten with the man. The search instead returned my handle and @wale_joseph. Wale had apparently not deleted his old account, he simply edited it. I munched the page (as shown here) but this new account disappeared within minutes. It was obvious whoever was behind the account knew something about the whole @RoyalAmebo thing. I tweeted “@wale_joseph run as far as you can. You will be caught and you will go down. I promise you. He knew about this Amebo thing” and that started a run of messages into my DM. One was particularly useful. A music artiste who told me that if it is the same Wale he knew, it was best to reach someone dude had scammed. He gave me the name of the person and also shared his number. I was glad because the name was a familiar one. I wouldn’t want to mention names but the person in question is a Lagos based public speaker and author. I had two minds about reaching out to this person because I understood many would rather not be involved with issues concerning crime and all that. My confidence was boosted when I remembered I had a kind of relationship with this person even though I was yet to meet him. I quickly built a message around that in case getting information proved difficult. I shouldn’t have bothered. This brother was very helpful. He told me the same boy had scammed him and the money was being repaid as he spoke to me. He gave me the phone number of two other people I could reach; one of them had also been scammed by Wale – Olawale Joseph Aderibigbe – and the other, another public speaker had used the said Wale as a volunteer at one of his events. Wale it would seem, had a thing for public speakers. 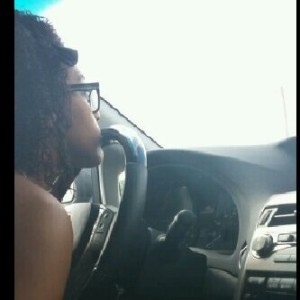 One of his avatars as @RoyalAmebo

Both people proved even useful. The man that was scammed shared more details, how he paid N80,000 into an account, including the account number he paid into and how the suspected rogue collected N40,000 cash from him, to help trade on FOREX.

He also shared tales of how the young man had duped a man of money meant for his children school fees, how he got another to sell his car and all that stuff. While I went about all these, Rosanwo Babatunde was also digging loads of information on the matter. We exchanged information and we both arrived at the same point – Olawale Joseph Aderibigbe was our man. He was the one running the @RoyalAmebo account. He’d send Wale Aderibigbe (as @RoyalAmebo) to collect money from Femi and also used his real self to collect money from Okikiola Asher who had even agreed to donate her kidney for the now non-existing Ife Ojikutu. We collected all these account numbers. One of his old victims supplied the home address of Wale’s dad, his office address and I know Rosanwo also got to find out about the church address of the father. We have several phone numbers linked to Olawale Joseph Aderibigbe. 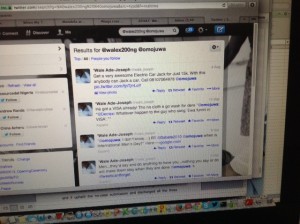 The investigation led as far as finding out about Olawale Joseph Aderibigbe’s ex-girlfriend who answers to the name Ife. He used her name as first name as it turned out. I got one of his offline victims to read @RoyalAmebo’s timeline and he was unequivocal when he said Wale certainly ran the account. He said he saw many similarities between the real Wale and the @RoyalAmebo tweets.

Reports have been made at the police station by those who sent money across to Ife Ojikutu for one reason or the other and efforts are on to get Olawale Joseph Aderibigbe to face the law. 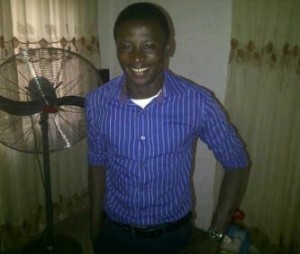 When Wale’s dad was called by Rosanwo’s side of the investigation team, the dad said something like “Omo yi tu ti k’oba mi” translated “this child has put me into trouble again”. The dad is very likely to be right because this is not the end of the matter.

During one of our campaigns to help raise money for Funmilayo Lawal #SaveFunmi, a young man tweeted his account number at actress Funke Akindele pretending it was Funmi Lawal’s account number. The boy got caught that night. Within one hour we knew his home address, school, Matriculation number and all that. The last I heard, his University suspended him. That is the thing with social media, you can use it to scam people but you are very likely to get caught than if you don’t take dumb risks like that. Social Media cleanses itself eventually and the Internet leaves trails. Be warned! Olawale Joseph Aderibigbe is not likely to have a great Christmas. 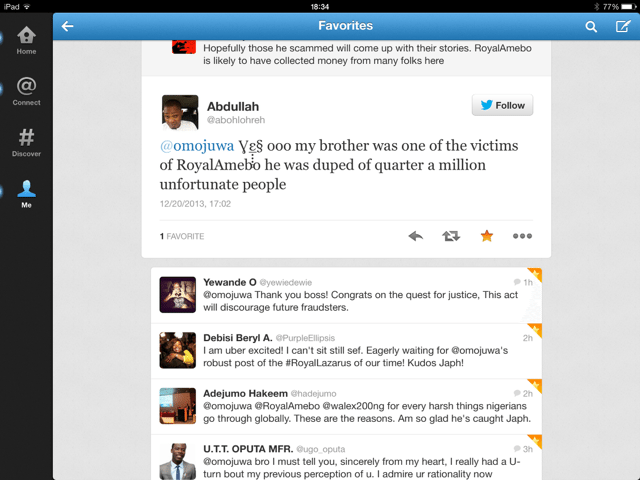