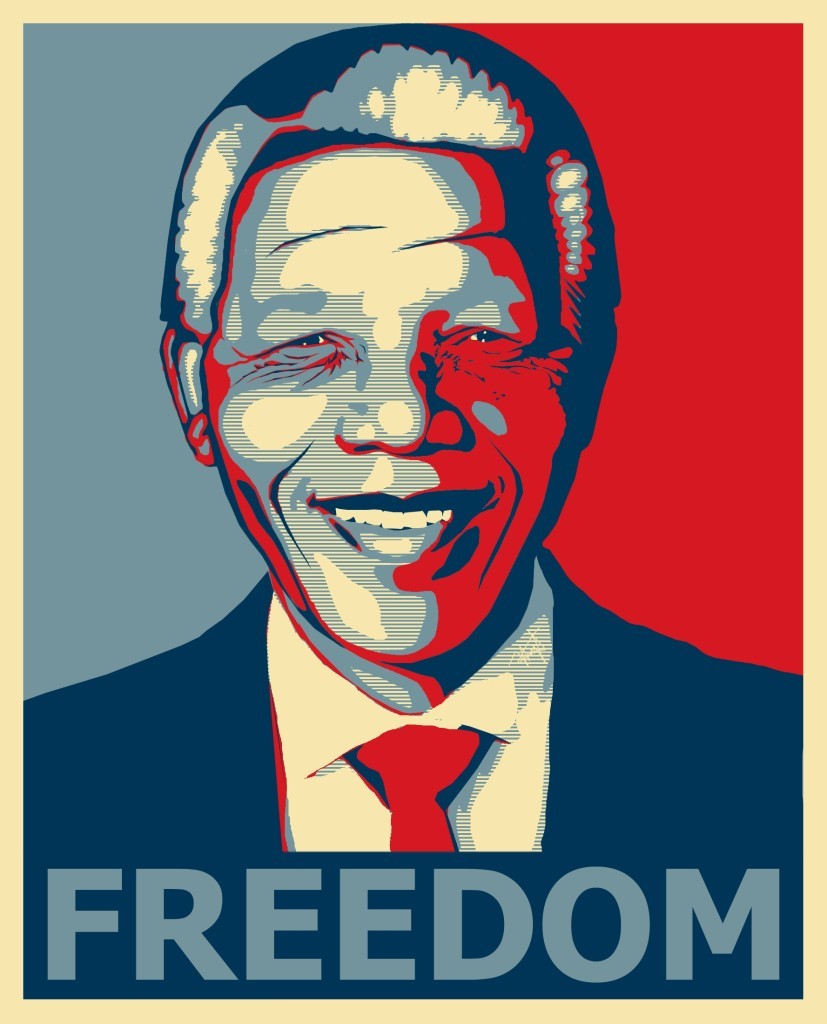 The day started with reports of a tragedy, though not unusual, but a terrible tragedy nonetheless, of challenges of being a Blackman especially overseas, among a people to whom black is an inverse of decency, to whom Africa is a civilisation built upside down. It was the news making the rounds that banners bearing “We want peace in Goa. Say no to Nigerian (sic). Say no to drugs” have been put up across India’s Goa State and that the state legislators too, outraged by the criminal conducts of some Nigerians in the coastal State, referred to them as “wild animals” whose presence is perceived as “cancer” in the functionalities of that most richest of India’s States. Perhaps I was rattled because of my romantic attraction to India and because I could have been one of the visiting Nigerians branded as, or mistaken for, “drug peddlers” by the authorities if I had moved to India as planned last June.

While Indians are almost spiritual in their categorisations of dark-skinned people as socially subaltern, Nigerians, typically loud and mindlessly haughty, have given the racist lot grounds to justify their illusory superiority. In his initial reaction to this, my cerebral cousin, Richard Ali, wrote: “While we are busy being righteously outraged, let us not kid ourselves that 5 out of every 10 Nigerians in India are there illegally or are doing illegal things including drugs. The Indians didn’t just wake up and skip Colombians and Italians and then land on Nigerians. It’s a difficult situation. If Nigeria is serious we have to appoint someone to deal with our image in India, to push out in the public mind the other 5 out of 10 Nigerians who are good expatriates in that country.”

Unfortunately, the crimes of some Nigerians in India have become the crimes of not just the entire Nigerians but of dark-skinned people all over the world, simply because of the history of their race and nationalities and if, for instance, a green passport-carrying Nigerian or any dark-skinned African who has never ever seen hard drugs in his life, appears in Goa in the heat of such trouble, the same illogic will be applied in lynching him as the Indians do to the “Nigerian”. This is what I find detestable; we must let every criminal be dealt with as an individual, not as a representative of a country or race. If Nigerians had had the brains of the the Indian mobs attacking them, the indians would have also been massacred in Nigeria for proliferating the Nigerian market with counterfeit drugs, damaging unsuspecting citizens, until NAFDAC was established to check the menace, banning and blacklisting the Indian pharmaceutical channels responsible.

The same Goa, a tourist hub that the Indians claim have been made unsafe by Nigerians, has long been dubbed the “rape capital of India” for the notoriety of its rapists, all Indians, recklessly after and assaulting foreign tourists, possessed by libidos that couldn’t spare even an eight year-old Russian girl. Aside from the Goa statistics, India’s rape rates remain regular features of the international media; yet nobody finds the gut to indict this generation of Indians unfairly as rapists knowing the gravity and backlash of such careless stereotyping. And this hypocrisy challenges us to ponder: why is it so easy to denigrate a black person, an African, a Nigerian? It’s the world’s sensitivity to the history of our persecutions and awareness of the failures of our governments and people which seem to have inspired a consensus that nothing good may ever come from us. We are all in the news for the wrong reasons: killing one another over religions introduced by foreigners, over trivial ethnic and political differences, thus exposing the skeletons of the continent to the people already doubting the authenticity of our humanity. We give the media-dependent world impressions of an Africa of perpetual famine and malnourished children, of needless wars and skirmishes and brainless warlords, of dysfunctional governments and shamelessly corrupt elite, and of the many ethnic, religious and political zealots and uncivilised belligerents. So it’s understandable when we find signposts bearing “Save Africa” planted in coffee bars and airports in New York and London, convincing the almsgivers that Africa is no doubt the playground of the Devil!

I was struggling to outfight the shame stirred up by unfair treatments of my kinds in Goa when the heart of the world literally stopped at once in honour of the passing of a man who, in conventional intellection of his skin colour and ancestry, ought to have been just another “nigger” dead. But he was Nelson Mandela, known first as a human being, a philosophy he successful engraved in our conscience, before any other thing. He came, saw and refused to mind his business as many before him, becoming an activist and then a politician and then a thinker whose mission offered to solder the mortally broken bond between the black and the white, showing us that though the colour of our skin differs, our language too may differ, we’re held together by a much stronger identity: our humanity. Mandela confidently highlighted my proposition that we are all humans first before we are ever any other thing, before we are ever identified as a member of a race, a country, a province, an ethnicity and a religion and until that is properly understood, that a caucasian, an Arab, a Black, an Indian and Chinese who were delivered of a child respectively in the same hospital at the same time only procreated what is first a human being, an undeniably permanent identity: it’s the only identity, of all the acquired and imposed labels, we can never renounce!

Mandela was a product of a turbulent history. He was not a myth or a creation of the western media as presented by dissenters attempting to portray him as a sellout who betrayed the revolution of his people. He began as an angry young revolutionary who had no alternative but to resort to an armed struggle meant to “target only government offices and symbols of apartheid, not people”, in the process of which he was arrested, charged and sent to jail. 27 years later, leaving the prison, he laced up his shoes for a walk that would later dominate the literatures of Freedom and redefine the politics of race beyond the borders of his home country – the first black President of the Republic of South Africa. The dissenters expected him to jail the white beneficiaries of apartheid system, confiscate their assets and let the new majority rule be dedicated to the causes of the blacks. Instead, Mandela chose to heal the wounds of the nation through reconciliations, declaring: “Never, never and never again shall it be that this beautiful land will again experience the oppression of one by another.” Mandela’s resolve to not avenge the evils of apartheid, against the highlighted violent dispositions of his young years that had him branded as a terrorist, was a wisdom perfectly applied. Time had already changed, invalidated the necessity of violence in new South Africa and, more so, we are witnesses to the backlash of reckless revenge in Robert Mugabe’s Zimbabwe. And while the mess of the apartheid regimes may not be cleaned up overnight, the fortunes of both South Africa and Zimbabwe are now in the hands of Black politicians, and their failure to redeem their people is no longer the Whiteman’s palaver!

Mandela’s existence was a sort of secular prophethood: he showed us all we must adopt in overcoming racial differences and tensions, and the ways to knot the loose bonds of race relations inherited from histories that must also be flung into the bin of our memories. If African leaders heed the words of Mandela, the least they owe their people is crushing the (in)decisions that keep the people fleeing their home country. They must erect structures in which the talents and brains we sell or abuse overseas can be properly tapped, instead of turning into advocates of dangerous and polarising ideas or beliefs. Mandela was not hypocritical in teaching us his aversions to supremacy of one race to another, of one religion to another and of his commitments to serving humanity, but so long as the customers gathered in coffee bars in New York and London continue to see the “Save Africa” signposts as a result of our people’s disregards for the wisdom of Mandela, and aware that Africa is still far behind Asia in its race to the modern civilisation, their sense of superiority remains unshaken. Mandela’s life has already become a book, every year a chapter, every action a verse, for those who think.

That Mandela, a Blackman, demolished restrictive labels and became a universally acknowledged symbol of Compassion, Peace and One Humanity in a world known for vengeful politicians, even among the people to whom the Blackman is still a divine error or biological dysfunction, challenges us to search within and understand how to “mass-produce” more of such species – of morally courageous black people possessed by a passion to stand out. Despite India’s famed racial prejudice, the flaws in considering even its darker citizens socially inferior, it lowered its flag to half-mast for five-day state mourning of Mandela – and its private citizens too joined in their individual respect to a human loved. And the respect shown Mandela all over the world by the blacks and whites and browns and whatnots is itself an unspoken communication, the last verse of his book of commonsense, telling us that though the structure of the world is complex, by being good and honest and loyal to the doctrine of one humanity we will conquer the expectations of those to whom we are mere lynch-able criminals and inferiors. May God save us from us!