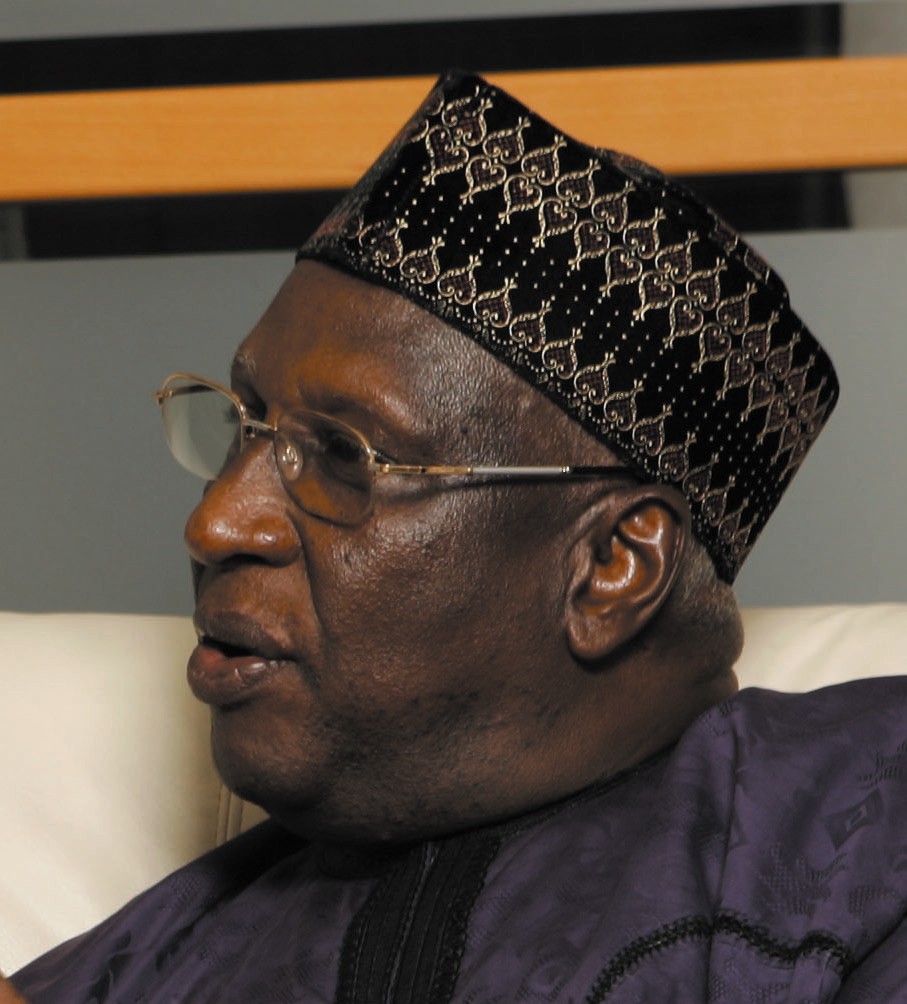 Scratch Alhaji Bamanga Tukur, the embattled national chairman of the crumbling Peoples Democratic Party (PDP), and you probably would find, in his DNA, traces of a political undertaker.

Back in the Second Republic, Alhaji Bamanga, fresh from a high-flying stint as top dog at Nigerian Ports Authority (NPA), Nigeria’s national ruling parties’ cash cow, recorded a landslide to sweep into the Government House of the defunct Gongola State (now Adamawa and Taraba states), as National Party of Nigeria (NPN) gubernatorial candidate.

Alhaji Bamanga’s landslide was part of the general electoral typhoon that shellacked the opposition; and which Alhaji Umaru Dikko, then President Shehu Shagari’s Transport minister and awesome man Friday, in roguish humour, christened a “moon slide”.

That “moon slide”, by another election in 1987 the wise Dikko proclaimed, would explode into a “space slide”, by which time Dikko’s beloved NPN would have gobbled up the whole country (opposition be damned!), even if its incompetence was as clear as the moon at night.

Compare NPN then to PDP now, and it is clear the PDP journey to perdition, under President Goodluck Jonathan, is not novel.

Incidentally, there was no “1987”. The violently raped 1983 election rigged out the Second Republic. Three-month Governor, Tukur’s landslide mandate vanished under that republic’s rubble.

Incidentally too, Alhaji Umaru is now chairman of PDP’s disciplinary committee, under the troubled national chairmanship of Alhaji Bamanga. Might the duo be comparing notes, with shared hindsight from the Second Republic crash, that might yet save their crumbling PDP?

They had better! Otherwise, Alhaji Bamanga would yet earn another stripe as party undertaker – but this time, an hyperactive one. PDP’s crumbling fate is as much a result of past unconscionable impunities as it is Alhaji Bamanga’s reckless power grab, even with his suspect “election” (read presidential imposition) as PDP national chairman, after losing among delegates in his Adamawa base.

Ironically, Chief Ebenezer Babatope, the much beloved Ebino Topsy of Awoist fame, is busy roaring like a lion in a new jungle, among PDP disciplinarians under Dikko – to underscore the neophyte progressive is in town to fix the conservative (if not reactionary) camp?

Is he then fulfilling the post-1983 election Awo prophesy that after a political thesis and antithesis, a synthesis would align Nigeria’s political forces, such that those with Awo’s progressive inclination would ascend? Is Ebino then the Khalifa the PDP needs to set things right and yet triumph? Perhaps!

Still, the Tukur mess is only a culmination of far too many bad calls. To start with, Tukur is only the party face of a dissembling president and a desperate Presidency, whose and which attitude to 2015, like that of former President Olusegun Obasanjo in 2007, is do-or-die.

So, Tukur was supposed to do the dirty job and take the flak; while the real McCoy, the president breezes in, as prim and proper electoral statesman, to take the glory. It is the classical cant of Goodluck!

Or why else would Chairman Tukur remain in charge, even if his party must become history? Unfortunately for Tukur and his principal, the “presidential chairman”, like the Achebe thief in A Man of the People, grabbed too much power for the owner not to notice – hence the PDP schism.

Before the Jonathan-Tukur power show was the Obasanjo pious profanity of repudiating the PDP zoning arrangement – the same principle that propelled him to power – all in the bid to make Jonathan president, so he could be Baba’s poodle (Baba, that craved relevance at all cost), which Jonathan has not exactly been.

Even before that was Obasanjo’s blatant subversion of party democratic principles, curling PDP round his fingers as first president of the Fourth Republic, ruthlessly purging those who might challenge him; and imposing on the party an unconscionable ethos of dog merrily eating dog; carefully veiled by a gruff military temper.

And before all that was the grand subversive genesis: the Army Arrangement, (AA, apologies to Fela) that, in illicit concert with the North’s top political elite, imposed Obasanjo as Hobson’s choice, if only to impress upon starry-eyed democracy agitators the reality of Greek philosopher, Parmenides: nothing ever changes – departure from military rule must be a return to military rule, even if the starched khaki gave way to flowing agbada or babariga!

Of course, there was Election ’99, but only to ratify Selection ’99 of AA and allied power plotters!

Well, everything worked perfectly, except that Obasanjo proved no poodle of the North, any more than Jonathan has proved his own poodle! Indeed, things have turned full circle: the “North” finds itself at the receiving end of its own plot, and Obasanjo is threatened by the putative irrelevance he so mortally feared!

This play of power giants has landed the country with an umpteenth mess: a clumsy Jonathan, a clumsier Jonathan Presidency and the meltdown of the federal ruling party in the clumsiest of ways!

Now, flash your mind back to 1983 and Umaru Dikko’s “moon slide”. Back then, the Shagari Presidency was the most incompetent in the country’s history. Now, the Jonathan Presidency would appear to have beaten that record. Yet, Jonathan, at all cost, wants an encore!

So, if Umaru Dikko’s “moon slide” rigged the country out of democracy, a “space slide” by 2015 might just slide Nigeria into worse. For a country touted to kaput by 2015, these are indeed perilous times!

The All Progressives Congress (APC) will therefore do well to learn from the PDP pitfall. PDP, ab initio, prided itself an all-comers’ affair. So, it can contemptuously thrust its jaw at any charge of harbouring strange bed fellows.

APC has no such luxury. It has committed itself to a “progressive” ideology. Yet, not every strand in its rainbow coalition is “progressive”. But it can overcome these teething problems by federalising and being task-driven.

It can do this by submitting itself to local tendencies, while committing to some pan-Nigeria goals. Then, it must rein in party barons, beyond offering leadership to rally members to the party’s cause, and educating fellow Nigerians on the difference the party can make.

It should also sort out the very peculiar problem of internal democracy, the main driver of the PDP split, from which none of the APC legacy parties was immune.

But most importantly, it must work out a restructuring agenda for the country. Without proper federalism, the collapse of Nigeria is only a matter of time.