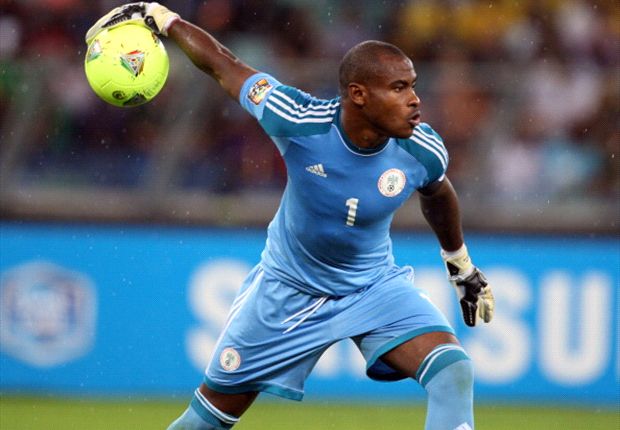 Nigeria goalkeeper Vincent Enyeama has said it was an easy decision to extend his contract with French club Lille till 2017.

Lille announced that the Super Eagles goalkeeper has agreed on the extension on Friday.

Enyeama was loaned to Maccabi Tel Aviv last season where he was crowned champion of Israel.

The Eagles stand-in captain managed only three appearances in his first season with Lille in the 2011/2013 season.

MTNFootball.com reports that the contract extension was the reward for his outstanding display so far this term where he has kept clean sheet for 1,035 minutes.

“I’m really happy to be part of this team and very happy to have signed this contract extension. I just want to continue to help the team this season, but also to those that follow, “Enyeama told MTNFootball.com.

“Yes. When officials called me to offer me an extension, I immediately said that I agreed because I love the LOSC, the players, the fans, as well as the coach and his staff. So, it was very easy for me to accept. I just said a big yes.

“I am happy here, I like Lille and the people who live here. That is why at first it was easy for me to return to the club after my loan.

“This contract extension is then made quite naturally. I waited, I dreamed, I wished with all my heart because I want to be part of this project. I have full confidence in this team.”