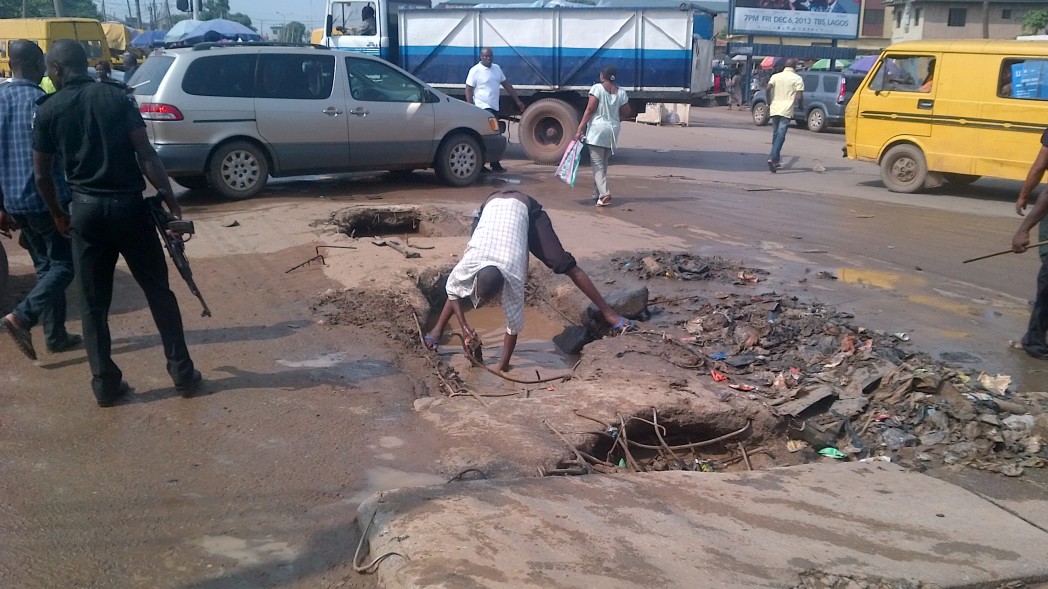 Pictures they say are a thousand words, but I would still have to lend my words to this course. 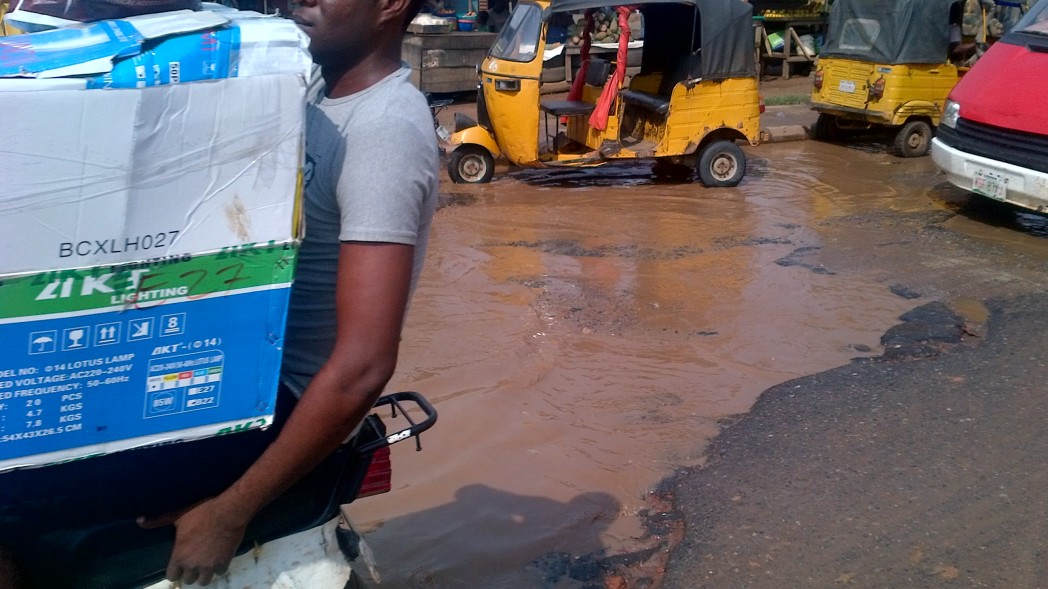 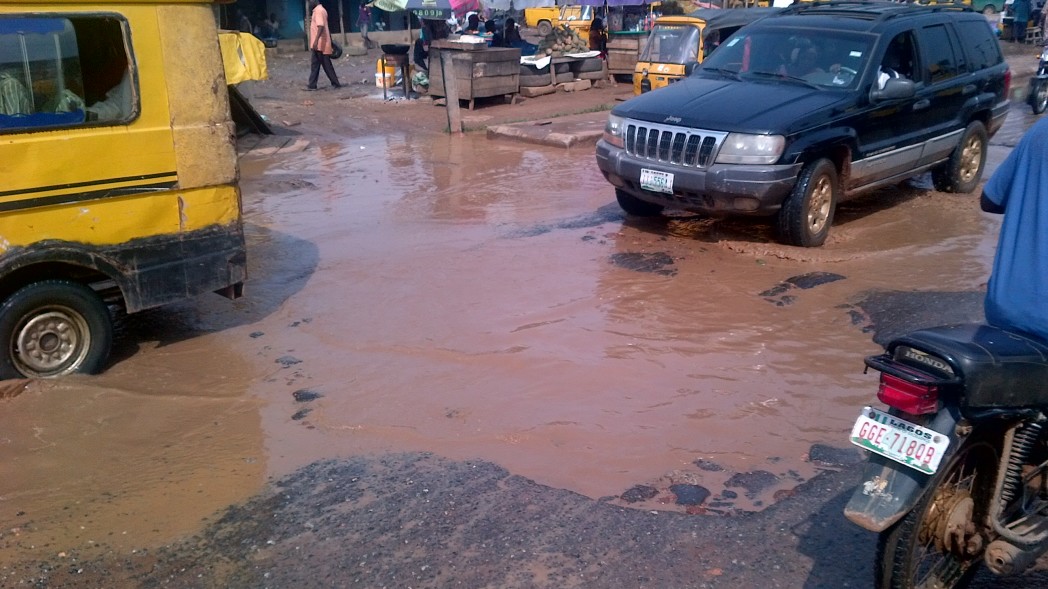 I personally think that our problem in Nigeria isn’t just with our leadership, but also with our followership. By sitting down and folding our arms, we have whole heartedly agreed to the excesses of our leaders and in turn mortgaged the future of our children.

Just as our heroes past owed it to us to fight for our freedom, we also owe it to our children to hand over a country that’s functional, safe and secure in every sense of it.

It is therefore our duty to ask questions, seek answers, and demand what is rightfully ours in the context of democracy.

I am totally sick and tired of this e go better mindset that we Nigerians go about with. Everyone trying to create their own little republics (where there is electricity, water, security, education). Democracy is “our” government and not “their” government so we all need to wake up to our responsibilities and demand for our rights.

Just as it is our right to live, and air is available to all, yet anyone who refuses to take in that breath of air would eventually die. The same way it’s our right as Nigerians to have basic amenities and an enviable standard of living. Yet we choose to keep mute and die in “peace”.

Low Cost Housing Estates that were built by the then military governor of Lagos state: Lateef Jakande, have now become a shadow of itself. The estates that were once the pride of middle and low income earners in the late 80s and early 90s have now become a thing of shame. With foundations gradually failing some of these structures, occurrences of building collapse have become the order of the day.

If you take a drive from either Isolo or Ejigbo to Isolo Low Cost Housing Estate, as you approach the gate, (that was what we call it when it used to serve that purpose), you would almost drive-by simply because the gate is a far cry from orderliness. 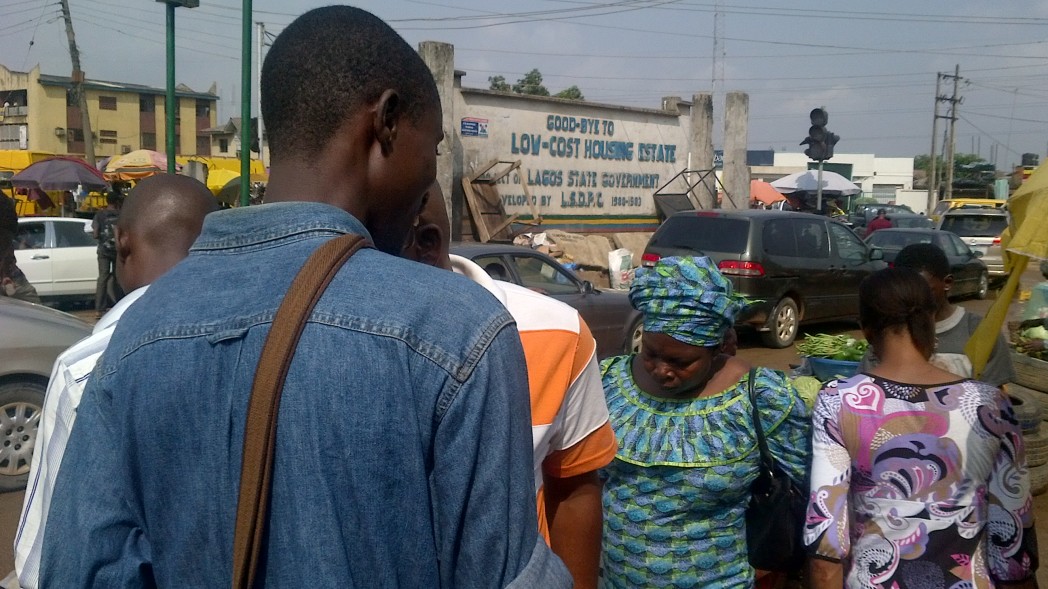 It’s a mélange of chaos, as you are first welcomed by a bevy of fruit sellers, and their customers adding their own bits to the nation’s GDP. A few steps ahead and you run into the arms of motorcycle (okada) riders frolicking around in search of passengers. In fact, you would almost forget that you are in Lagos and probably think you’re in a northern state or a refugee camp (Sabo). 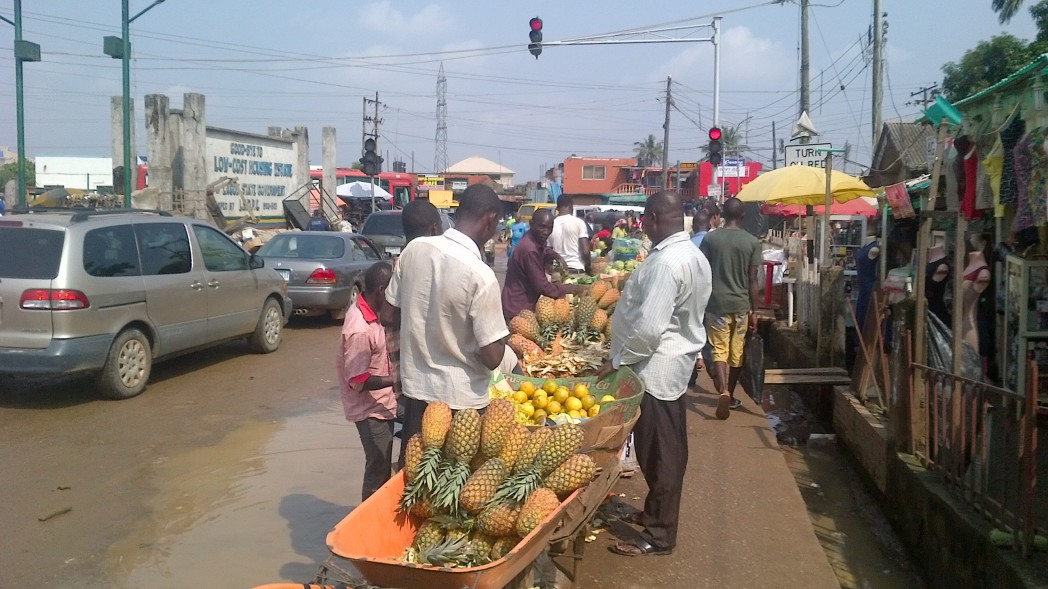 What brought about this whole article in the first place is the terrible state of traffic in Isolo which  can be attributed to two basic reasons: first are the commercial buses that have all of a sudden occupied a lane of the road restricting traffic to just a single lane. They have made it an uphill task for commuters from the estate, Isheri – Osun, Ijegun and environs plying that route to get out and return to their destinations daily.

Another contributing factor is the gate entrance. Believe me, it is an eyesore to the state and local government and every commuter that plies that route. If you disagree, take a look at the pictures.

There used to be a re-inforced concrete slab across the gutter via which vehicles access the major road. After years of wear and tear which is perfectly normal, the slab gradually began to give way. It is expected that it gets fixed immediately due to the volume of traffic on that road. Unfortunately, it has not for whatsoever reason been fixed for over 2years.

The amazing thing is that men of timber and calibre, political juggernauts and cabals ply this route as well. In fact, Governor Fashola has done that a couple of times and I still wonder why this road remains the same. I sincerely doubt if the whole project would cost up to N200,000.

Rumour even has it that the Local government chairman is the best among equals in Lagos state.

If this is what Lagos state produces as our best, “A f aimo ki Eko ma baje oooo” (Lets all hope Lagos state would not be destroyed)

I still do not understand why poor Lagosians painstainkingly pay their taxes and are unjustly denied the benefits of their taxes. Instead the money is carted away to develop high brow areas of the state, areas where the average Lagosians barely access to or pay toll if they ever have cause to use it.

It shows where our government’s heart truly lies

Please do not get me wrong, I do not have preference for any political party, but instead I stand for good governance, sustainable growth and development.

Let us not put the cart before the horse by lightening up bad roads rather than lavish grant organizing capacity building programs when we should be building concrete slabs and mending roads. Why would we rather have 7 LASTMA officials trying to clear traffic on a bad road? When one official would do the job conveniently on a good road?  I mean… it’s absurd, and that shows how government thinks in Nigeria?

It is also our right to be led by a sensitive and competent government, enough of lamenting at beer parlours and taking our frustrations out on bus conductors and family members. Let’s demand for what is rightly belongs to us.