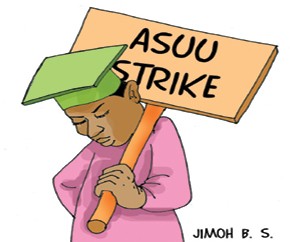 It is just about 3years when President Goodluck Ebele Jonathan promised a Transformation Agenda” to Nigerians but It is quite unfortunate and highly disgusting that after entrusting Jonathan with our mandate in our bid to have the Fresh Air reaching out to all and sundry and revamp all sectors in the country as earlier promised but all GEJ could do is to offer us “Carbon Monoxide” (a gas toxic to humans and animals) as against his ‘Fresh Air’, but all thanks to God for his divine oxygen which is still keeping us till date. Also, socio-economic problems keep increasing with geometrical progression. Nigerians continue to wallow in abject poverty (with average Nigerian living below $1), the country is number four in the prevalence of slavery, third in number of polio cases, is malaria-endemic, has the highest number of out-of-school children and record the second highest number of deaths from terrorism in 2012 after Afghanistan.

Many existing economic policies under the Jonathan administration are unbearable for a common man like me and you, while his epileptic approach to insecurity and terrorism in the country makes one doubts the proficiency of GEJ as the Commander-In-Chief of the Armed Forces in the country. All these imprecision are negating his ‘Transformation Agenda’ and is making 2015 too long a time to effect the needed change in the leadership of the country.

The latest sacrificial victim of Jonathan’s below par leadership approach is the paralysis in Nigeria’s tertiary education, as a result of the strike embarked upon by the Academic Staff Union of Universities (ASUU) over demands that is aiming at transforming Nigeria’s tertiary institutions and government is still unwilling to give the tertiary education sector a shot in the arm. ASUU began its nationwide strike on July 1st, 2013. Since 2009, the union has been complaining of neglect in the university system, feeble infrastructure, financial asphyxiation that affect research labors of academics, inadequate learning facilities, and poor remuneration for lecturers among others.

While scrutinizing the treatment of the strike by the Federal Government it can be deduced that the Jonathan administration has zero priority for education. That Mr. President has taken out time from his ‘busy’ schedule to constantly parley with the warring factions of his party and went on holy  pilgrimage to Israel  but has never sat down with ASUU members to chart a course for Nigeria’s leaders of tomorrow. This underscores the level of recognition accorded to education by our President. That indeed is the way of Transformative Leaders!Party affairs and chasing perceived enemies of his 2015 ambition around with apparatus of state are far more important things than sitting to ponder over the legitimate demands of the striking lecturers.

Jonathan administration must curb its own excesses and accord the needed priorities to education. Education of the citizenry should not be subjected to any form of negotiation. Negotiating the education of our future leaders is more or less negotiating the future of this country. Besides, a crucial appraisal of ASUU’s demands show that the union is neither being selfish nor being political as insinuated by Mr. President, who made significant input into the negotiation process then as Vice-president of the country.

This strike has actually bred a contagion. While Academic Staff Union of Polytechnics (ASUP) joined the fray last week, the National Union of Teachers (NUT), Nigeria Labour Congress (NLC) and the National Union of Petroleum and National Gas Workers (NUPENG) are threatening to do the same as a means of solidarity. Yet, the president has not done enough to convince Nigerians of his concern.

I think it is now obvious that the president is not really bothered about the suspension of academic activities in virtually all tertiary institution in his country which amounts to the negation of his proclaimed ‘Transformation Agenda’. Mr. President, I am optimistic that if you give utmost diligence and attention to putting an end to the incessant strikes that have been getting million of dreams like me squashed as much as you do to party issues and your 2015 ambition, you will be indeed be getting it right as a ‘Transformative Leader’.

My advice is this, honour 2009 Agreement with ASUU soonest so we may return to our jam-packed lecture rooms in our various universities and pick up the pieces of our scattered semesters

•Solomon , an undergraduate of the Federal University of Agriculture wrote in from Abeokuta