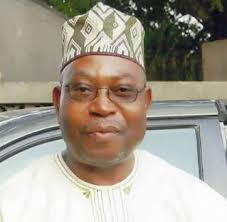 A Catholic priest, Reverend Father Andrew Obinyan, yesterday drew the anger of members of the Academic Staff Union of Universities (ASUU) when he appealed to them to calloff the strike action and trust the Federal Government on meeting their demands. The visibly angry ASUU members interrupted Rev. Obinyan and refused to say amen to some prayers offered by him, and shouted on him to leave the podium. Rev. Obinyan was booed while giving his homily at the commendation service held for former President of ASUU, Prof. Festus Iyayi at the University of Benin. He advised ASUU not to give the Federal Government the privilege of satisfaction of fighting and defeating them, stating that he discovered that many ASUU members were retreating, as well as collapsing their structures. Rev. Obinyan urged ASSU to trust the Federal Government to keep to its promise by calling-off the strike.

According to him, “My appeal is to request you to make surrender the tool of power. Do not give the FG the privilege of satisfaction of fighting and defeating you. We rely on that voice. We believe in that voice. I humbly request you to surrender first in this fight. You have made your point eloquently and clear enough. I know the Federal Government cannot be trusted because of their antecedent, but I request you to please trust them now” “ASUU will never lose by it. They will gain by it. Be assured of our prayers. We are at the receiving end. Many of your foot soldiers are collapsing. Some are retreating”, the priest said. But when the shouting by ASUU members was becoming deafening, Rev. Obinyan said, “Christ will not tell you to fight on. He will tell you to forgive and forget. My appeal is because of the sufferers.” Speaking with the media, President of ASUU, Nasir Isa- Fagge, said the Reverend Father spoke for himself, and that ASSUU members were steadfast in their demand. He said they would not call-off the strike until the Federal Government meet the four-point demand in their letter.