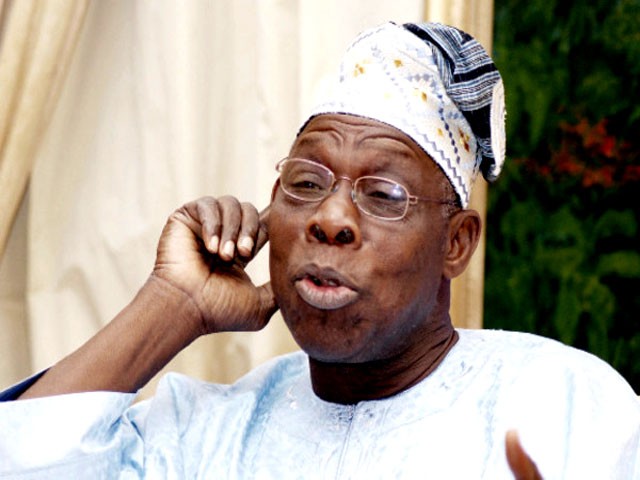 It is always a fascinating challenge to me to pick my man of the year for any year, not to talk of a difficult year like 2013, with its superstitious albatross of the no 13 being an unlucky number. Superstition aside, however, 2013 has lived up to its billing of being an entirely nasty year and one that most people in Nigeria, South Sudan and the Phillippines would wish good riddance and goodbye to bad rubbish.

All the same, the simple chore for us here is to sift through the year’s massive luggage of political and socio economic actions and inactions to pick a person, who has in 2013, influenced world events for good or bad. Unbelievably, it has not been that difficult for me to pick a 2013 ‘person of the year’ – and this is particularly true of my choice of Russia’s Vladmir Putin as the first in my pick of the trio I have listed above.

The Russian strongman was always in my sight through out the year, in the way he ‘outsmarted‘ the US in diplomacy and world politics, even long before Forbes Magazine picked him as the most powerful man in the world in 2013. Edward Snowden was an ambivalent choice, albeit a durable one, in terms of the massive size of his revelations on US Surveillance of friends and foes alike, and their importance to the management of information, communication and global governance, in all ramifications.

The former Nigerian President Olusegun Obasanjo was a late comer to my list, as he wrote his famous letter ‘Before it is too late‘ to Nigeria’s incumbent President Goodluck Jonathan in December 2013. All the same, President Goodluck’s response and his charge that the former President had breached National Security and was whipping up ethnic hatred against his government earned Obasanjo the accolade of ‘Man of the Year‘ for his bravery, candor and patriotism which even Jonathan did not question in his apologetic response to OBJ ‘s letter. Let me state that I have picked my persons of the year with a great sense of responsibility and concern for world peace, order and prosperity. I have been guided by the same principles used by Time Magazine which yearly identified those it said have influenced the world‘ for good or bad‘ in the year of their choice.

This year the Magazine picked Pope Francis for his concern for the poor. It also picked as runner up Edward Snowden and next Edith Windsor, a long term gay activist for her activism in actualising equal rights for gays in the US and I am nauseated by such choice. But then the magazine was keeping to its time honoured tenets and traditions. When I remember that Iran’s Ayatollah Ruhollah Khomeini was selected as Man of the Year by Time in spite of the Iran Hostage Crisis in Teheran, and before that even Adolf Hitler had the honor, then I concede the right of the Magazine to live up to its values and criteria, no matter the conflicting cultural values or concerns of its overall global readership. Let me now go about endorsing my choice of Russia’s President Vladmir Putin, Nigeria’s former President Olusegun Obasanjo and American Spy Whistle blower Edward Snowden as my ‘three in one‘ Person of the year for 2013. I start with Vladmir Putin, by commending him and Russia under him, in returning the diplomacy to a bi- polar world, by seizing the initiative in the management and conduct of world diplomacy from the US. This was especially true in the way Putin used the overthrow of Gaddafi in Libya as the benchmark to stop the use of ‘no flying zone‘ at the UN Security Council in any Middle East nation affected by the Arab Spring and street revolutions that dislodged tyrannical rulers in Tunisia, Egypt, Yemen and Libya. The No flying Zone was used to cripple Gaddafi by the US and its EU allies, which obtained a UN Security Council resolution in this regard. Over Syria, Russia led China in the Security Council in putting down its foot that the UN could not intervene in anyway to save or fight the Assad regime fighting for its life in Damascus and Russia had its way. Even the face saving limited strike by the Americans was abandoned for the dubious policy of destruction of weapons of chemical weapons. Over Syria, Russia showed that it had a better grasp of modern diplomacy than the Obama administration and the EU, and while a Cold War could not be said to have resurrected, it was obvious that the US was no longer calling the shots on world order and power, the way it was acting when Obama made his Cairo Speech that set Egypt up on the wrong path to democracy- now with the benefit of hindsight. As at this week the Muslim Brotherhood that won the presidential elections in Egypt, in the wake of the Arab Spring, has been declared a terrorist organisation by the army backed government in Egypt, while its popularly elected president- Mohammed Morsi has been charged with treason.

Yet a blood thirsty tyrant like Bashar Assad has been kept in power by all means because Russia wants the US to know that it is no longer calling the shots on world politics and diplomacy and that is the handiwork of only one man –Russia’s President Vladmir Putin. On the global cultural plain, the US and its US allies have been putting pressure on Russia over its stringent anti -gay laws, but the Russians under Putin have not relented. The US has gone on to nominate well known gays to its Olympic Committees on the Olympics slated for Russia, but that can only annoy the Russians more. This can only boost Putin’s credentials at home as standing up for Russian values in the wake of wild American liberalism and cultural imposition and intimidation. On this score Putin and Russia have the support of most African nations, who in spite of religious differences, are united in their fight against gay rights and gay marriages and have made laws to that effect. Lastly, Russia has given asylum to the US most wanted man Edward Snowden and there is nothing the US can do about it. Indeed it is like holding the American by the balls, as European media release intermittently, evidence of the US National Security Agency bugging friendly EU citizens like Germany and Spain and millions of their citizens. The US has been put on a lower moral pedestal in the way it has carried out its surveillance in apparent contempt for human rights and privacy and that is good for Putin and Russia whose human rights records have always been ridiculed by the West. In Edward Snowden’s Xmas message from his asylum in Russia he mentioned the book 1984 By George Orwell which I read at a time when one thought 1984 would never come. Now its gone. 1984 was about life in the former Soviet Union when Russian citizens had their lives watched by the Russian communist government and the book was quite popular then. Snowden said his revelations were spurred by the gory details of 1984 continued by the American government under Obama. Definitely the US government 2013 global surveillance surpassed the rich imagination of even George Orwell who wrote 1984 and that is very bad for the sovereign reputation of a leading global power like the US in the comity of nations. Again, one must commend Russia for giving refuge to a wanted man like Edward Snowden and again give kudos to Vladmir Putin. Next we consider Olusegun Obasanjo, the former Nigerian Head of State’s credentials for this award. That he is charged with threatening ‘National Security ‘by the nation’s Commander in Chief means he has spoken correctly on a most nagging issue and boldly too. For security is an open sore for the Nigerian security authorities, and not only the president. Even the Pope at the Vatican during Xmas 2013 mentioned Nigeria and asked the whole world to pray for Nigeria. Was the Pope breaching our security? Definitely not. Obasanjo has spoken out of deep concern and he remains relevant in Nigeria’s politics as the APC, the expected Salvation Army Nigeria’s politics in 2015 went to greet him even after his letter to the president. Obasanjo’s letter was not a cry of wolf where there was none. It was not a false alarm. It was a letter saying that no leader should go to sleep while there was fire on his thatched roof. Whether OBJ was in a position to build a house with corrugated iron when he lived there, as he did, rather than leave a thatched roof, is not the issue. The issue is that the president, the incumbent can not afford a wink while there is fire on a thatched roof on a house in his care. Nobody, but OBJ’s sense of patriotism has called him into an action – an action that he himself admitted could jeorpadise his personal security as under Abacha. That was a risk above the call of duty or self righteousness regardless of the language or manner of delivery of the letter For that clarion call OBJ like Putin has my kudos, again as a Person of the Year for 2013. Lastly, I wrestle with my choice of Edward Snowden, the ultimate whistle blower as part of this trinity of the Person of the Year 2013. Under normal circumstances, and in any nation and clime, Snowden should be condemned to death for revealing state secrets and thereby threatening state security. This, indeed was what the US had in mind in asking for his repatriation first from Hong Kong, a strong US ally and later Russia a member of the UN Security Council like the US. The response of both nations is now history and both negative.

That Time Magazine almost made Snowden its Person of the Year, for good or bad, means the US is not sure what to make of Snowden, who in his Xmas message said that he felt that all that the US needed for information from anybody was to ask and not to spy on them. Yet the US values human rights and that goes with respect for privacy and truth. Snowden is a product of both and the US government after him cannot deny both or him. So Snowden to me has become the Galileo of the Information Age in 2013. Just as the Catholic Church intimidated Galileo, the Astrology sage into refuting the Copernicus theory that the world is round and not flat and that it revolves on its axis, the US Administration is pursuing Snowden for damaging revelation on equally damaging and unexpected surveillance of nations and their citizens. For daring to draw the line in the use of the Computer and Communications and using his technical skills to prod a sleeping world to an apparent misuse of power and technology, Edward Snowden has my commendation and endorsement as a Person of the Year for 2013.