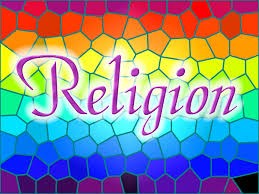 There is a perception that modern western civilization came into being as a consequence of reconciliation between some Christians and some Jews and this curious reconciliation is based on Zionist principles and objectives – objectives that cannot be righteously justified by the Torah or the Bible and this is why true Christians and Jews around the world oppose the Zionist agenda.

U.S Vice President Joe Biden was asked by a reporter about Zionist agenda and his faith as a Christian, he said “I used to say earlier when I was a kid  I’d say if I was Jew I’d be a Zionist, I am now a Zionist you don’t have to be a Jew to be a Zionist”.

This comment sparked a debate because it is no secret that the Zionist agenda is to divert the modern world from religious way of life and pave the way for the false messiah and to build the new global order in which making religion irrelevant is its top goal and they wouldn’t stop for a minute till they make sure the prophecy is fulfilled, we were told about it in our scriptures we have the glorious Qur’an and the Holy Bible and God told us about the steps the prophecy will be fulfilled.

Now to recognize what type of messiah this world is being prepared for, ask yourself: is this global order built in accordance to the teachings of Jesus? How can military pre-emptive strike be linked with the teachings of Jesus? Because in an age of awesome deception, powerful religious representatives from every religion will become leading examples of hypocrisy, while the wise voices of justice and understanding will be ignored or silenced.

It is all over the news how the Syrians are being massacred every day, it is anticipated that world war 3 will rip from Syria and as the nuclear war tension steams up you can say the false messiah is at work. Everyone is a victim to this cruel new world order, this modern civilization is making us slaves we are chained and shackled by its cruelty, you have to wake up and unite in order to fight this age of deception.

Such injustice will only take place because we are asleep, the world will only know peace when righteousness and peace are established in the holy land. True Muslims and Christians must wake up and fight this evil events unfolding and there is still much to come, we have not seen the end of it. You say this government is good? And built in accordance to the teaching of the prophets? We will see!!!