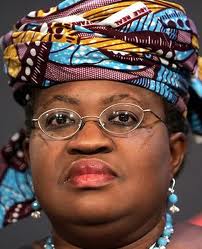 Here we go again – with speculations rife that the nation’s finances may actually be in worse shape than citizens could have imagined. Although, it is not as if there was ever a time the economy as a whole could truly have claimed to have been out of the woods. This is despite the quantum earnings of the past decade. But then, the speculations have somewhat heightened in recent months. Before now, the closest indication about the economy being in any form of trouble was the acknowledgment by the federal government of the massive disruptions to oil production by activities of oil thieves said to have taken out a fifth of the nation’s daily output of 400,000 barrels.

Today, with nearly the whole of the 36 state of the federation – minus the federal government of course – reeling in the after-effects of reducing revenues consequent upon the constricted oil output, with prospects of inability to pay wages of their workers looming and with many of them reportedly putting further implementation of capital projects on hold, things appears to have moved from the realm of speculation to grim reality.

Of course, the lady in charge of the exchequer, Madam Ngozi Okonjo-Iweala has insisted that the nation is nowhere near insolvency, contrary to the averments by the governors. Her view would be re-echoed by the duo of the Accountant General of the Federation, AGF, Joseph Otunla and Director General of the Budget Office, Bright Okogwu in their joint appearance at the National assembly last week. Both had insisted that whereas cash flow issues are to be expected in normal cycles of business, what the nation is currently experiencing comes nowhere close to being broke.

To be sure, not even the tell-tale signs of potential crisis would render speculations of an imminent financial Armageddon anything less than an exaggerated at this time. And like this newspaper observed in its editorial of yesterday, the nation does not as yet face the prospect of slipping into the balance of payment crisis as we had in the 80s through the 90s. No doubt, the point could be made that this is hardly on account of what the managers of the economy have done but more out the benevolences of nature and the market – the factors of increased crude output and sustained high prices in a little over a decade. Even at that, the truth is that no one has sufficiently explained the current paradox in which the federal government continues to ratchet new debts at a time of sustained crude oil earnings. That is however a different matter.

Flowing from that background, the latest squabbling between the federal government and the states over the renditions into the federation account, and which eventuated in two botched meetings of the Federation Accounts Allocations Committee (FAAC) in July and August, and which is held as partly responsible for the cash crunch across the board, would seem at best a storm in a teapot. The issue at stake really is the augmentation being demanded by the states in the face of cutback in oil exports in the situation that the price has held steady over the budget benchmark price. Left to the federal government, the net difference should be warehoused in the excess crude account to save for the rainy day – and this, naturally against the objections by the states. It is therefore clear that the squabble is one over entitlement, a reflection of the ingrained sharing mentality and the fixation at all levels with rent collection. So, the squabbling could as well go on forever.

What cannot go on is the delusion being championed by the federal government that it pays to do either little or nothing. Clearly, the econometrics of stashing public funds in foreign bank vaults at nominal interest rates of barely two percent is yet to be sufficiently explained let alone appreciated by Nigerians. This is even more so, in the event that the federal government’s promises about giving the private sector the required muscle to thrive have remained undelivered. Today, it is no longer in dispute that after more than 10 years of financial services sector restructuring, businesses still cannot get cheap funds to run their operations, thanks to Sanusi’s central bank for making fetish of inflation-targeting with industry’s reference interest rate pegged at 12 percent. Trust the banks, they have since mastered the art of making money without lifting a finger just as small businesses have long adjusted to coughing out anything between 22 to 27 percent rate on borrowed funds or risk closure.

Of course, like every other thing, critical financial infrastructures either for direct financing of businesses or those designed to take the pressure of capital acquisition off them, (a good example is infrastructure for leasing) remain underdeveloped. Ditto, for the plan for mortgage development; it remains on the drawing board more than two years after Okonjo-Iweala first served notice of government’s intention to overhaul the sector.

The story of the operators on the Main Street is one of double whammy. Because the states cannot get enough from the federation account, they swing into overdrive with their tax hounds demanding all manners of taxes from hapless entrepreneurs across the states. Meanwhile, at a time small and medium scale businesses are hardly able to keep their heads above water, the political establishment, together with their bureaucratic allies, continues to gobble more than disproportionate share from the national till.

I don’t think the question of the country being broke has arisen, yet. The proof is not just in the bazaar going on in Abuja and the 36 state capitals, but in the voodoo economy that thrives in rent as against a day’s honest and productive work. How can the nation be broke when all it takes to join the big league is a one-way ticket to Abuja or wherever for a share of the gravy? Isn’t that why politics has become the most lucrative, the biggest business in town?

Broke? We aren’t; at least, not yet. Why should we worry when we have enough to finance imports for the next nine months even for doing nothing? Isn’t our membership of the Sovereign Wealth Fund club meant to announce our arrival in the global league? Didn’t the Americans say that if it ain’t broke, you don’t fix? And who says Nigeria needs fixing?