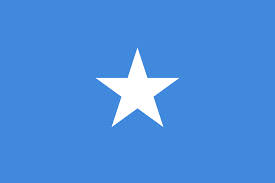 At least six people have been killed after a suspected suicide attack at a hotel in Somalia’s capital, Mogadishu.

Interior Minister Abdikarim Hussein Guled told the BBC that 15 people had been injured after a car exploded outside the Hotel Maka.

The hotel lies on one of the capital’s main roads, which the authorities say is usually safe.

Islamist militant group al-Shabab was driven out of Mogadishu two years ago but often stages attacks in the city.

The BBC says a loud explosion was heard in the city’s administrative centre just before 20:00 local time (17:00 GMT).

The Hotel Maka is on the Maka Mukaramah road which links the presidential palace to the airport, one of the most heavily guarded areas of Mogadishu.

It is popular with members of parliament and other officials. One report stated that a senior Somali diplomat was among the dead.

BBC reports that witnesses nearby said they could see the wreckage of a car burning outside the hotel.

The agency reported that four cars and two motorbikes were burnt out at the scene.